French vendor Saint-Gobain has completed construction of a tubing plant in Florida, the second of seven manufacturing expansions intended to support the rapidly growing bioprocess space.

The 80,000 square-foot facility in Largo, Florida is set to increase Saint-Gobain’s manufacturing capacity for its C-Flex tubing and assemblies used in fluid management for biomanufacturing. The plant, which is soon to be operational, has created up to 20 new jobs.

But for Saint-Gobain, the facility completion marks the second part of seven of a three-year expansion period that is seeing the firm invest €70 million ($77 million) to build up its global network. 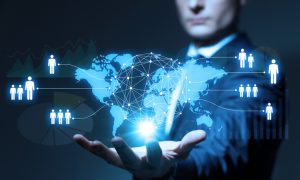 The first expansion was at Saint-Gobain’s Bangalore, India site. The firm increased tubing extrusion capabilities at the site through an 11,400 square-foot expansion, operational since September of 2019.

“These are crucial investments for Saint-Gobain Life Sciences as the industry is growing at such a rapid pace,” a spokesperson told us.

Benjamin Le Quéré, general manager Saint-Gobain Bioprocess Solutions said in a statement: “We recognize the responsibility we have to our customers and ultimately, their patients, to increase capacity and localize production, ensuring a reliable, global supply of our products to the Pharmaceutical industry.”

The other five expansion projects are:

Dublin, Ireland: A 112,000 square-foot expansion will increase production of single-use fluid handling components and systems for high purity applications. Ten jobs will be created and the expansion will be operational this quarter.

Beaverton, Michigan: Operational in Q1 2020, the 87,500 square-foot expansion will be used to make a variety of products, including single-use systems. 60 jobs will be created.

Songdo, South Korea: Following Saint-Gobain’s strategic partnership with CDMO Samsung BioLogics, the firm is constructing a facility nearby making bioprocessing equipment. The site will be operational in Q2 2020.

Hangzhou, China: The seventh facility investment will be at Saint-Gobain’s site in Hangzhou, China but details have not yet been disclosed.