Sanofi-Aventis Deutschland has teamed with Dyadic to test the potential of the C1 fungus-based expression system for the manufacture of biologics and vaccines.

“Sanofi sees huge value in C1 and the future of bioprocessing and biomanufacturing efficiencies with such a power horse and we are excited for the collaboration as another milestone closer in bringing more affordable medicines to people in need,” Dyadic’s chief commercial officer Matthew Jones told BioProcess Insider. 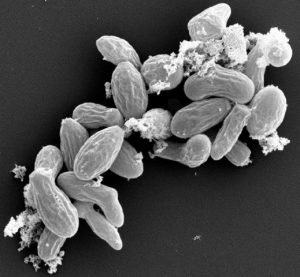 Dyadic’s C1 platform is based on the fungus Myceliophthora thermophila

The expression platform, based on the fungus Myceliophthora thermophila, has achieved productivity of around 80 grams per liter with high purity in the biofuel and industrial enzyme space.

Current titer levels in monoclonal antibody manufacture, which are reliant on mammalian expression systems, are a fraction of this. However, Dyadic hopes the biomanufacturing industry can aim much higher if the tech is adopted.

The firm has generated data demonstrating MAb expression level of nine grams per liter in 90 hours using fed batch technology and, therefore, is hoping its C1 platform can be a so-called ‘CHO stopper,’ something it said collaborations with large biopharma firms like Sanofi will help deliver.

“Ultimately, we want to see the power of C1 brought to bear across the industry as a new gold standard of fast, efficient, robust and more cost effective drug development expression,” said Jones.

Work on the non-exclusive research deal will take place across several facilities, with teams of scientists from both companies collaborating.

Further details of the collaboration were not divulged, and when contacted Sanofi declined to comment on the partnership.

The news is the latest push by Dyadic to bring its platform into the clinical and commercial space. Earlier this year, the firm announced plans to develop its own biosimilar pipeline based on the C1 tech, beginning with versions of non-glycosylated Fab proteins Lucentis (ranibizumab) and Cimzia certolizumab.