The complexities of manufacturing monoclonal antibodies (mAbs) has been ironed out somewhat over the 30+ years of their presence commercially. But for the burgeoning gene therapy sector, there are no standardized mammalian-based platforms, for example, nor tried-and-tested upstream and downstream processes.

‚ÄúViruses and viral vectors come in many shapes and sizes, each with their own characteristics,‚Äù Dave Backer, chief commercial officer (CCO) at Oxford Biomedica said at last month‚Äôs Evaluating BioPharma event. 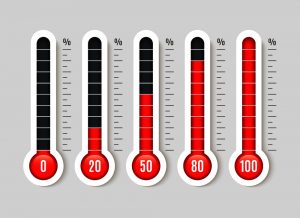 The event, entitled ‚ÄòPharma Shifts to Biologics,‚Äô focused on six case studies looking at the complexities of biologic and advanced drug making, and Backer spoke about challenges encountered when working to help a very early-stage gene therapy developer move from preclinical to clinical production of its AAV-based candidate.

‚ÄúThe biggest challenge was that the technology came out of academia and the process that had been used for early studies involved adherent processes, cell factories upstream and ultracentrifugation as part of the purification process in the downstream process,‚Äù he told delegates.

Concurrently, the company needed to decide whether to use a contract development and manufacturing organization (CDMO) or build its own facility.

‚ÄúThe unique issue with AAV relates to how complete the virion is during the manufacturing process; it is classed as ‚Äòfull‚Äô if it‚Äôs a complete infectious particle and ‚Äòempty‚Äô if not. Ultracentrifugation can be used to filter the full particles from the empty particles but is very difficult to scale, and that can be a bottleneck to late-stage development and commercialization.‚Äù

After assessing the different ways to manufacture AAV ‚Äì essentially to ‚Äúcontinue with the adherent process using cell factories and transient transfection or transfer to one of the available suspension technologies‚Äù ‚Äì a decision was made to move to a 50 L suspension system with transient transfection and a downstream process that didn‚Äôt involve ultracentrifugation.

Meanwhile, ‚Äúwe eventually identified a CDMO that could deliver product in nine months at the 50 L scale. The selection criteria for the CDMOs also involved their ability to go up to 500L, so there were bids for 50L and 500L.‚Äù

Resolving these issues took place under timeline pressures from investors looking to move the project rapidly into the clinic, but according to Backer speed played second fiddle to defining the process and ensuring the production capacity.

‚ÄúIt wasn‚Äôt enough to just focus on the demand-supply balance and the fastest way to get into the clinic, it really made more sense to take more time. Even though there was approximately a 9-month delay on the initial clinic timelines, it meant there was time to develop the best process and the best chance to be able to scale up to 500L,‚Äù he said.

‚ÄúThe other surprise was the CDMO landscape. As there are many ways to make AAV, not every manufacturer has expertise in all the different areas, for example, some CDMOs are AAV manufacturers but are pure baculovirus players. Other companies claim to have 2000L capability but 100s of litres was the actual experience that these companies had.

‚ÄúBut we ended up with a good solution and the product came from the CDMO on time at a moderate 50L scale. Now, in the covid era, the timeline of getting to 500L is unsure but it has proven to be a good solution at least for the initial phases.‚Äù