“In particular, our biotech business, including single-use technologies was up mid-teens in the quarter.” 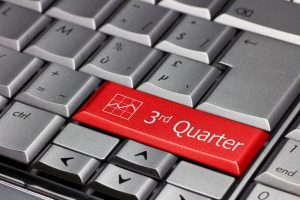 For Danaher’s total business, Q3 sales were $4.85 billion (€4.25 billion), up 7.1% year-on-year. Ross Muken, an analyst from EvercoreISI described Danaher’s results as “one of its best quarters in some time” in a note.

Pall’s contribution was not divulged, but the overall life sciences sector reported sales of $1.6 billion, up 9.5% on last year. Danaher acquired the bioprocessing equipment and consumables vendor in 2015 for $13.6 billion in 2015.

“In the three years since the acquisition, Pall has already achieved more than $250 million of annual cost savings out of our five-year $350 million target,” he continued. “Pall has taken some of these cost savings and reinvested into R&D and sales initiatives helping double the amount of annual revenue achieved from new products since acquisition and improving market visibility by 50%.”

Pall, along with other bioprocessing vendors, have seen continued growth in the teens over the past few years, reflecting the high number of biologic candidates progressing through the clinic to commercialization. The uptake of disposable equipment in the industry is also a contributing factor, and Joyce noted the “tremendous strength in single-use technologies” during the call.

Similarly, German bioprocessing vendor Sartorius attributed the “strong demand for equipment and single-use products” for its 14.8% revenue growth within its Bioprocess Solutions Division, for the first nine months of 2018. Total sales within the division stood at €843 million ($961 million).

On the back of demand for single-use, the firm is expanding a plant in Puerto Rico which makes single-use bags and filters. The $100 million investment in its plant in Yauco will double production of single-use bags and membrane filters for the biomanufacturing industry, and was driven by strong demand in the US market, the firm told this publication in June.

The financials from Pall and Sartorius also reassert the double-digit growth within the bioprocessing space.

In 2017, Sartorius and Pall, along with fellow supplier Thermo Fisher, described a certain ‘lumpiness’ in the sector. Sales growth dipped into the single-digits.

However, the firms announced “a return to normality” in Q2 2018, with vendors across the board reporting double-digit increases.

According to Joyce, this growth is sustainable going forward due to the “large molecule dynamic which underpins a lot of the growth that we’re seeing.”

He told investors: “You’ve got 350 drugs moving through there but significantly more than that in the pipeline today. And we think that bodes well for a long-term growth track around large molecule drug production and development and production that will benefit certainly the biotech business at Pall but will benefit us more broadly across our other life science businesses as well.”