A triumvirate of deals, including the acquisition of a firm that uses the measles virus as a carrier for vaccines, sees Merck & Co. jumpstart its COVID-19 efforts.

The first of the three announcements â€“ which all came on the same day â€“ will see Merck & Co. acquire vaccine developer Themis. The private Austrian firm is already working with Merck to develop vaccine candidates using its viral vector platform.

The technology, developed at the Institut Pasteur and licensed to Themis in 2010, is based on an attenuated measles vector, which delivers selected antigen preferentially to macrophages and dendritic cells. It has been incorporated into vaccine development programs against infectious diseases including SARS, Chikungunya, MERS, and Lassa fever. 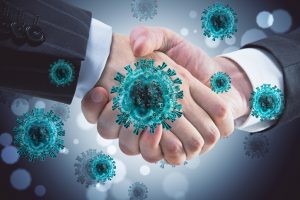 In March, Themis joined a Coalition for Epidemic Preparedness Innovations (CEPI) backed consortium to develop a vaccine candidate targeting the novel coronavirus (SARS-CoV-2), and Merck says it will build on this program â€śto develop an effective COVID-19 vaccine in the near term and to build a pandemic preparedness capability directed toward emerging agents that pose a future epidemic threat.â€ť

Once the cash deal is complete, Themis will operate as a wholly-owned subsidiary of Merck.

The final deal sees Merck team up with Ridgeback Biotherapeutics to develop the latterâ€™s to develop oral candidate EIDD-2801, currently in early clinical development for the treatment of patients with COVID-19.

The candidate is a nucleotide antiviral like Gileadâ€™s remdesivir, which was recently authorized by the FDA under emergency guidelinesÂ as a treatment for severe COVID-19 patients. However, Evercore ISI analyst Umer Raffat pointed out three key differences:

â€śItâ€™s orally available. Recall there have been continuing questions about formulating remdesivir orally â€“ Gilead not pursuing it aggressively,â€ť he said in a note.

Meanwhile he noted the candidate is based on cytosine, rather than adenosine like remdesivir. â€śThus, Remdesivir is competing with ATP â€“ a very common molecule in the cell â€“ while EIDD-2801 will compete with CTP, much less common. This may lead to better potency (indeed â€“ preclinical results suggest sub-uM potency in a number of cell lines).â€ť

Finally, he pointed out that the candidate has broad coronavirus activity. â€śPreclinical results have shown activity across SARS-1, MERS, SARS-2, and a variety of bat CoVs. Remdesivir has also shown signs of activity with other coronaviruses preclinically, but EIDD-2801 shows what looks like sub-uM potency across both human epidemic strains and some bat strains that havenâ€™t made the jump to humans â€“ which bodes well for future potential too.â€ť

Under terms of the agreement, Merck will gain exclusive worldwide rights to develop and commercialize EIDD-2801 and related molecules, while Ridgeback Bio will receive an undisclosed upfront payment.