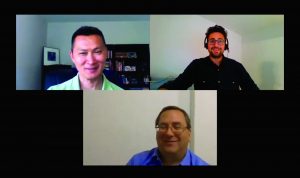 Cell and gene therapy (CGT) developers are seeking out manufacturing capabilities in response to tremendous industry growth. Unprecedented demand is driving facility expansions among major contract development and manufacturing organizations (CDMOs). But CGT companies increasingly are investing in their own production networks. This online panel during the 2020 BIO convention explored whether developing in-house manufacturing capabilities might secure product developers some competitive advantages as the CGT industry matures.

Capacity Concerns
Stanton prefaced the discussion by explaining that even before the novel coronavirus disease (COVID-19) pandemic shook up industry priorities and supply chains, CGT developers had worried whether there would be enough manufacturing capacity to push out their therapies to patients around the world. Noting that 400 new CGT candidates have reached American clinical trials, Stanton asked panelists about what manufacturing options CGT developers could pursue.

Speaking as a consultant at a life-sciences firm with expertise in such product development, Rininger observed that CGT newcomers often want in-house manufacturing capabilities, using funds secured at early investment stages. ŌĆ£That allows developers to have more control over their initial timelines for getting into the clinic, which then can lead to the next series of money and advancement of their product pipeline and company.ŌĆØ

Hsu, who is chief commercial and business officer at a major CDMO, agreed that in-house manufacturing capability is garnering interest. But he pointed out that CGT developers have several manufacturing options, including complete outsourcing and a hybrid approach using fee-for-service contracts. He also observed a substantial rise in the number of companies arranging strategic agreements with CDMOs to lock up capacity. That move, Hsu explained, can be more expensive than a fee-for-service deal, but it provides peace of mind that capacity will be available.

Emerging manufacturing platforms could alleviate capacity concerns. High titers are critical, Hsu explained. ŌĆ£Companies now are moving to [producing therapies with] more indications and that have broader patient populations, and thatŌĆÖs driving need for capacity because you just need more product.ŌĆØ That said, ŌĆ£You canŌĆÖt get much improvement in titers if you donŌĆÖt have a [strong] platform,ŌĆØ which ŌĆ£not only allows you to standardize the work, but also to keep improving it.ŌĆØ

Taking Up Bandwidth
Rininger recalled HsuŌĆÖs remarks about analytical development and homed in on validation. Rininger recalled his doubts about regulatory predictions of 25 CGT approvals annually: ŌĆ£IŌĆÖve just never believed that because of all the validation work that needs to be done.ŌĆØ Noting that companies need robust analytics as early as possible to accelerate timelines, he wondered, ŌĆ£Is that taking up bandwidthŌĆØ in ways that will thwart high numbers of approvals? ŌĆ£And how much strain is that providing on being able to manufacture additional products?ŌĆØ Rininger remarked that facilities expansion also can use up precious time.

Hsu responded that the crunch for ŌĆ£analytical bandwidthŌĆØ makes strategic capacity agreements even more critical to successful manufacture. A testament to their importance is that companies increasingly are arranging capacity before performing clinical work. That capacity can be used for process development, manufacturing, or just assurance that capacity will be available. Hsu recommended, ŌĆ£If youŌĆÖre doing that, then you have to work the rest of your capacity to accommodate the business that you have.ŌĆØ

Hsu reflected that, on the CDMO side, strategic capacity arrangements can prompt the perennial but critical question of whether to expand owned facilities, build new ones, or acquire existing operations. Modular setups can make contract organizations faster and more flexible than they would be in traditional facility designs. Building conventional cleanrooms also carries high costs. Regardless of which option a CDMO pursues, it will need to organize its business knowing that strategic arrangements will constrain capacity.

At What Cost? Capacity clearly will influence drug-production costs. Stanton asked panelists how much drug developers and patients should expect therapy costs to rise in the near future.

Rininger clarified that production costs have ŌĆ£hit somewhat of a plateauŌĆØ at this moment, although they have risen considerably over the past seven or eight years. Materials costs have increased, and companies often are turning to subcontracting for specific operations. Expertise also has factored in the increase. ŌĆ£CDMOs have gained tons of experience, and they can guide clients through the ŌĆśtough times.ŌĆÖŌĆØ That added value ŌĆ£justifies the cost increases that we have witnessed.ŌĆØ

Fresh Blood
Stanton pointed out that in addition to augmenting existing operations, CDMOs are investing heavily in CGT capabilities. Several newcomers also have joined the CGT arena. Discussion turned to whether such movements are part of a fad or represent a natural evolution in the CDMO industry.

Hsu suggested the latter. Pushes for additional CGT capacity began 10 years ago. As new players have emerged, capacity slowly is catching up with demand. But CGT developers soon will ask not only about capacity, but also about expertise. Thus, some contract manufacturers will start narrowing their focus. Honing capabilities, Hsu added, enables companies to enhance and streamline their processes. ŌĆ£You can do a better job of managing inventory and carrying supply on hand. You can have a set process to transfer process development over to manufacturing. You can have prepared batch records. [Gathering, testing, and using] raw materials is much cleaner.ŌĆØ Doing all that can shorten time to market, and improving platforms requires time and space.

Rininger acknowledged that some CDMOs are better positioned to succeed in CGT manufacturing than others are. Groups that manufactured viral vectors for vaccines have transitioned easily into CGT manufacture because their expertise was directly relevant, and other contract manufacturers slowly have deepened their capabilities. ŌĆ£Otherwise, clients should know that they are undertaking risks with [some] groups that might not be as experienced as others.ŌĆØ Among CGT developers, expertise currently remains a higher priority than cost.

Hsu recommended that CDMOs identify a couple of product/service areas that have high demand and sufficient customer bases, then use the time and resources necessary to design and test a predictable process. CDMOs also would do well to select ŌĆ£gold-standardŌĆØ technologies. Doing that helps to ensure that process operators are familiar with their equipment and that integrated systems will perform consistently well. Hsu acknowledged, ŌĆ£I do see a certain amount of conservatism here. Many companies want to evolve CGTs as quickly as possible, but they donŌĆÖt want to try something new because if it doesnŌĆÖt work, then they will get blamed for picking the wrong technology.ŌĆØ

Innovations in CGT manufacture have not been revolutionary so far, Rininger agreed. Incremental changes ŌĆö e.g., to bioprocess sampling devices and cell-line development platforms ŌĆö are more likely to emerge than are truly disruptive systems. But the need for large cell numbers from expansion efforts remains a primary technology driver. ŌĆ£Making a 200-L batch to dose one patient is not cost-effective.ŌĆØ

Ins and Outs of Manufacturing
Discussion turned to recent mergers and acquisitions (M&A) and their implications for the CGT industry. Panelists agreed that in addition to leveraging licensing deals for select technologies, established CDMOs are continuing to build their CGT capabilities by acquiring systems vendors, suppliers of raw materials, and other vital parts of their supply chains. But contract organizations increasingly are making such moves to establish global manufacturing networks.

Patient proximity accounts for part of the push to globalize operations. Hsu explained that unlike allogeneic products that can be shipped to places of need, autologous CGT products require ŌĆ£a geographic presence in the market that youŌĆÖre serving.ŌĆØ

But the desire to manufacture in house plays just as much of a role in current M&A decision-making. Rininger reflected on his experiences working for a small biotechnology company. In-house manufacturing ŌĆ£enabled us to do product development as quickly and as economically as possible because we had control over it.ŌĆØ Thus, in-house strategies can be critical for CGT entrants and drug developers that intend to ŌĆ£become fully integrated companies.ŌĆØ

To Build or Not to Build: Hsu believes that the in-house manufacturing vogue is a natural development of the industry. CGT insiders should not expect contract manufacturing to go away. Some drug developers will integrate new capabilities successfully. Others will divest what they acquired. M&A success in this context ŌĆ£depends on whatŌĆÖs driving you to get more control of your own facility.ŌĆØ

CGT companies also must decide whether to acquire facilities or build anew. Both strategies require considerable time, resources, and input from senior management, and overcommitment can limit how many candidates a company can advance to clinical trials at one time. Thus, if CGT developers (especially industry newcomers) decide to manufacture in house, they must tailor facilities to their process and capacity needs.

Conducting early commercial work with a CDMO can help sponsors determine actual market demand before they launch into risk-riddled acquisitions or facility builds.
Rininger similarly warned against hasty decision-making. After consulting CDMOs about production requirements and timelines, managers of new CGT companies might be tempted to undertake their own manufacturing. But in such cases, they must make sure that they have realistic expectations for clinical development timelines. They also must ŌĆ£have thought through what theyŌĆÖre going to need [in terms of] the amount of product as well as the timeline to get there.ŌĆØ

Securing Support: New investment trends are both propelling and complicating ambitions to manufacture internally. Hsu and Rininger agreed that funds gathered during series A and B rounds are increasing. Hsu remarked, ŌĆ£Five years ago, when investment rounds were much smaller, you might not have had the luxuryŌĆØ to build your own facility. But now that CGT startups can secure strong support at early stages, they must decide on how much money to allocate to facilities and clinical work ŌĆö and new companies often cannot afford both.

But why have series A and B funding rounds increased? Stanton wondered whether that is because investors want to be assured of manufacturing capacity and like the idea of developing that in house. Rininger affirmed that possibility but explained that many investors might want their companies to have ŌĆ£a sufficient runwayŌĆØ for strategic partnerships with CDMOs at later stages. And that strategy could enable advancement of multiple products simultaneously.

Uncertainty Abounds
Stanton ultimately turned the discussion to the pandemic, asking how recent pushes to secure capacity for vaccines and therapies might influence CGT manufacturing.
Hsu acknowledged the industryŌĆÖs uncertainty and commented on significant changes to the partnering landscape. Companies that are developing COVID-19 vaccines and therapies are asking that CDMOs offer considerable capacity right away. Availability will depend, in part, on preexisting strategic partnerships. And travel restrictions, social-distancing measures, and changes in company policies and priorities all will complicate the process of initiating a manufacturing partnership.

The capacity concerns themselves are real, Rininger emphasized. Some CDMOs already have announced their intent to focus on COVID-19 products for the foreseeable future. CGT developers also might experience increased competition from government organizations that are seeking out additional capacity. Equally concerning is that drug developers are pledging to produce hundreds of millions of doses upon regulatory approvals, yet delivery mechanisms and other fillŌĆōfinish concerns seldom receive attention. ŌĆ£Where are you going to get, say, 300 million vials within the next year?ŌĆØ Rininger asked. ŌĆ£And if youŌĆÖve got five groups that are talking about doing that, then I donŌĆÖt believe that there is enough of a supply chain for containerŌĆōclosure systems to handle that.ŌĆØ

Multisourcing will be critical to successful CGT manufacture in the near term, but tight CGT supply chains can hinder that strategy. Hsu recommended that CDMOs keep close tabs on bills of materials, check vendor lead times frequently, and develop alternative arrangements.

Specters of COVID-19
Panelists agreed that the CGT industry is losing momentum in the wake of COVID-19. Rininger pointed to the pandemicŌĆÖs impact on commercially available chimeric antigen receptor (CAR) T-cell therapies. CAR-T manufacture and administration are plateauing, he suggested, partly because concerns about viral transmission are hindering immunocompromised patientsŌĆÖ access to treatment.

All those factors could forestall regulatory approvals. But in spite of such challenges, the CGT industry remains dynamic, offering considerable hope for giving patients access to lifesaving therapies. As Hsu observed, COVID-19 simply might change ŌĆ£how quickly [companies] are able to get their product out in the field.ŌĆØ