Japan is the third largest economy in the world. Its chemical (and classical drug) industry is fully mature, and it is a founding member and major participant in the International Conference on Harmonisation of Technical Requirements for Registration of Pharmaceuticals for Human Use (ICH) project. The country’s aging population represents an attractive market to outside drug companies. Some well-known vendors to the bioprocess industry are headquartered in Japan, including Tosoh Bioscience and Shimadzu Scientific Instruments.

“Japanese companies have become so integrated into American life,” says consultant Scott Wheelwright of WZE Management Consulting Company, “that I am sure many people in the United States do not recognize some of these companies as Japanese, like BioWa. They appear from their websites and staffing to be US companies.”

Japan has a long acquaintance with fermentation technology, which has been important to the country’s cuisine for centuries. Internationally, however, the country’s presence in biotechnology has been fairly low-key. As Millipore’s then-CEO Martin Madaus put it in a 2006 conference call, “Japan is certainly going slower than China or India. Bioscience business in Japan, I would say, is average — not great, not bad.” Some large Japanese companies are now buying their way into the biopharmaceutical industry: e.g., Takeda Pharmaceutical’s US$8.8 billion acquisition of Millennium Pharmaceuticals and Fujifilm’s recent purchase of the Merck BioManufacturing Network (now Fujifilm Diosynth Biotechnologies). Will home-grown innovations such as the Tsunami bioreactor characterize the country’s biotech future — or will business strategies such as partnering, licensing, and mergers bring in expertise from outside the country? Perhaps Japan can find a balance between the two.

Japan By the Numbers

According to the Organisation for Economic Co-operation and Development (OECD), Japan is second only to the United States in its share of all biotherapeutic approvals since 1989. Japanese companies have developed 7.6% of approved biotherapies, with 15.6% divided among all European countries. In 2007, Japan led Asia–Pacific countries with 21 total biotech clinical trials, but it lags behind Australia and South Korea in the number per million population. Japan has also led its region in the number of biotech corporate alliances. 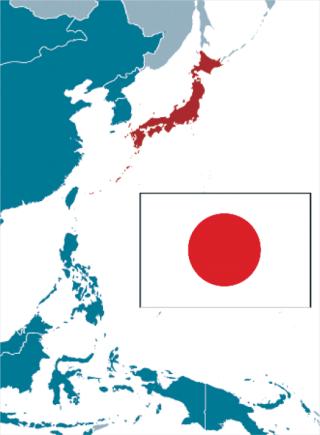 In 2007, the Japan External Trade Organization (JETRO) called Japan’s sector “one of the world’s most competitive bioindustries.” JETRO estimated the size of the country’s life-science market at about 1.76 trillion yen (~US$150 billion). Economics have since changed the picture, but Japan is still strong on innovation, having produced 11.9% of the world’s Patent Cooperation Treaty (PCT) patents in biotechnology as of 2009. The Tokyo metropolitan area ranks fifth of world regions for such patent applications, ahead of all European and other Asia–Pacific regions.

Scientific American recently ranked the countries of the world according to several factors for their capacity to support biotechnology innovation. The author ranked each country on a scale of 1–10 for several criteria. By comparison, the top final score(s) were 37 for the United States; 29 for Canada; 28 for Sweden; 27 for Denmark, Finland, and Israel; 26 for France, Iceland, The Netherlands, and Switzerland; and 25 for Belgium, Ireland, the United Kingdom.

Japanese companies make up 25% of the Scrip Top 100 pharmaceutical companies, and some are among the top movers in recent years. But in 2010, Ian Haydock of Scrip cautioned, “Tangled up in red tape and unnecessary regulation, Japan’s biomedical sector is being overtaken by emerging Asia’s innovators.” He reported only a handful of true bioventures with projects moving through clinical development. “The mainstream pharma industry of Japan is genuinely worried about a lack of real progress,” Haydock wrote, “in a sector that has proved to be a rich source of pipeline candidates elsewhere.”Japanese Bioinnovation

A fabric industry based on Bombyx mori was made possible by the larvae’s ability to make silk proteins in huge quantities: each “silkworm” spinning miles of thread in just two or three days. A November 2010 Journal of Biochemistry article from Katakura Industries Co. Ltd. reported that a single silkworm efficiently produced ~70× more protein than 106 Sf9 cells using the baculovirus expression system. In April 2011, that company sold its biological research department to Sysmex Corporation, a Japanese company involved in laboratory testing reagents and equipment, related IT, diagnostics, and medical devices. With current product distribution both domestically and as far as the United States, Europe, China, and Singapore, Sysmex is clearly interested in further development of silkworm expression. However, consultant Scott Wheelwright cautions, “All solid-phase culture systems suffer scale-up problems.”

Wheelwright pointed to an innovative company in cell culture: Bipha in Hokkaido. “They can produce recombinant albumin at relatively large scale (10 tons/year) and low cost ($1–2/g) using expanded-bed adsorption technology for purfication.” Unfortunately, Bipha (a subsidiary of (Osaka-based Mitsubishi Tanabe Pharma Corp.) was cited by the Japanese health ministry as having faked test data in early 2010, hiding allergenic results that could disqualify its product for practical use.

It isn’t fair to say that Japan lags in life-science progress. Entrepreneurial efforts based on that research, however, are clearly falling behind. According to Scrip’s Haydock, “Japanese society is intrinsically risk-averse.” Academics are reluctant to get involved in the world of business. And many executives prefer the stability of working for a large company over the relative risk of a start-up. Investors are cautious too. Many “were burned in a 2004–2005 ‘mini biotech bubble’ in Japan and appear to have been prematurely put off.”

Interviewed in Scrip’s 2010 “Asia 100” special issue, Marc Dunoyer (GlaxoSmithKline’s vice president of pharmaceuticals for Asia–Pacific) spoke about his company’s vaccine plans for Japan. The Cervarix cervical cancer vaccine (already widely available worldwide) was approved in Japan in October 2009, followed closely by Japanese filing for the Rotarix rotavirus vaccine (already marketed in >100 countries). “Our aim now is to get one vaccine approved per year in Japan,” said Dunoyer. “We also have a local alliance with Kaketsuken (the Chemo-Sero-Therapeutic Research Institute
) on the vaccine side.” That alliance covers development of adjuvanted influenza vaccines for elderly patients and joint research into cell culture technology to speed up production. GSK sees Japan as an increasingly important source of innovation. A partnership with Japanese company JCR Pharma covers enzyme replacement therapies and a biosimilar erythropoietin, and GSK has set up a dedicated rare-diseases medicine center in Japan.

Some home-grown companies are moving in the right direction, as well. Asubio Pharma Co., Ltd. has recently refocused itself on drug innovation. Takara Bio Inc. launched a genetic engineering research business in 1979 and sold the first domestically produced restriction enzymes in Japan. Its business has since expanded to include a portfolio of research reagents, scientific instruments, and contract research services. It is also pursuing development and commercialization of cell and gene therapies for cancer and AIDS based on the same technologies.

“Basically I agree that we [Japan] are not quite active in biologics or biophamaceuticals,” says Professor Shuichi Yamamoto of the Graduate School of Medicine’s Department of Chemical Engineering at Yamaguchi University. “However, at the same time we have been developing manufacturing technology. Such information is not well distributed.”

Yamamoto points to Chugai and Kyowa-Hakko-Kirin as two leading MAb companies. “Chugai’s Actemra is growing rapidly, and Genentech is partially involved.” The company is also developing new technologies such as antibody “recycling” to improve activity through engineered pH-dependent antigen binding. BioWa’s Potelligent technology eliminates fucose from sugar chains on antibodies to improve potency, and Yamamoto adds has been licensed to several companies. And in 2010, Kyowa-Hakko-Kirin completed a new facility for producing investigational therapeutic antibodies.

“As for bioseparations,” Yamamoto goes on, “the unique chromatography resin ceramic hydroxyapatite (CHT) distributed by Bio-Rad was developed in Japan by Pentax. CHT is quite frequently used for MAb purification and still being produced by Hoya (a division of Pentax).”

He continues, “Tosoh’s TSK-G3000SW size-exclusion resin is a de facto standard. Chisso also produces a unique cellulose-based pseudoaffinity chromatography resin called Cellufine Sulfate. It is known to be quite effective for virus purification on a production scale. Many silica gels are produced by Japanese companies such as Daiso and YMC.” Those are just a few examples, Yamamoto emphasizes. “There are several other interesting technologies and products also in bio-medical applications.”

In contract research and development, Tokyo’s CMIC claims to have “initiated the CRO business in Japan.” It added manufacturing capabilities with acquisition of Daiichi Sankyo’s Shizuoka manufacturing plant in April 2010. Mediscience Planning is another Tokyo-based provider. It teamed up with CROs in Taiwan and South Korea in 2008 to offer a network for performing Asian multinational trials. Japan itself is known as a relatively expensive and problematic place to conduct such studies, but it is looking to improve this situation. Policy Matters

As an ICH signatory, Japan has made significant progress in reforming and modernizing its regulatory approval process over recent years. Although market approval times lag behind those of other developed countries, the government has set ambitious goals. According to a 2008 article in Asian-Counsel by Saturo Nagasaka, et al., those efforts (along with its position as the world’s second largest medical market) “make Japan a desirable place for foreign pharmaceutical companies and medical devices makers to do business.” And Ian Schofield wrote in the 2011 Scrip 100 special issue that Japan will be implementing plans to speed up drug approvals with nine-month priority and 12-month standard review periods in 2012.

But Yamamoto admits, “The one thing everybody in Japan agrees on is that the Ministry of Health is a very big headache for those involved in this field.”

The Japanese language presents unique challenges too. Kanji script includes ~20,000 unique characters, which complicates conversion to electronic formats. Thus, electronic data capture is not as straightforward in Japan (or China, for that matter) as it can be elsewhere. And Japan doesn’t use English as widely as many developed countries do; it may be the default language for scientists around the world, but companies can’t necessarily expect the same from clinicians, nurses, patients, technicians, or administrative workers. So far, despite the quality of Japanese research and medicine, many multinational pharmaceutical corporations are looking to other Asian countries for conducting clinical studies. Outlook

In early March 2011, a violent earthquake measuring 9.0 on the Richter scale shook northeast Japan, setting off a devastating tsunami and causing severe damage and trouble at the Fukushima nuclear power plant that (as of this writing) has yet to
be resolved. Aftershocks continued for weeks, most registering in the 4–6 range on the scale. The country is no stranger to severe seismic activity; the Japanese literally coined the word for earthquake-induced waves, after all. No consideration of doing business anywhere along the “ring of fire” that nearly encircles the Pacific should take such things lightly.

The aftermath of this most recent disaster complicates matters for Japan’s foreseeable future. The ultimate extent of radiation danger is as yet unknown. Supply chains have been interrupted. And a country that already had economic troubles due to the deep global recession of 2008–2009 is now facing thousands of deaths, hundreds of thousands of citizens displaced, and hundreds of thousands more in the nuclear danger zone. The government estimates that material damage from the earthquake and tsunami alone could top $300 billion, making this by far the costliest natural disaster in world history. So Japanese government spending will naturally shift away from business goals toward recovery. For the time being, it’s probably safe to assume that as far as growing the domestic biopharmaceutical industry is concerned, Japanese companies are on their own.

Last year, publications from Scrip to BioSpectrum Asia were pointing the way forward. As bureaucratic red tape is minimized, Haydock wrote, new tax breaks to support R&D would also help. How likely that is now is anyone’s guess. “If it drags its feet,” he said, “Japan risks being permanently left behind as the rest of Asia moves confidently into a new era.” Under the present circumstances, the answers to that question may not be a matter of choice, but of necessity.