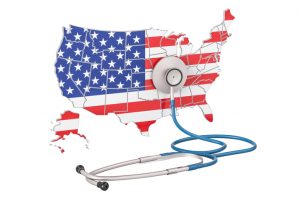 Innovative drug manufacturers require an opportunity to recoup capital and opportunity costs that they incurred to develop new medicines. Once patents have expired, competitors should be empowered to promote widespread affordability. An exclusivity period followed by a competitive market would promote the otherwise incompatible objectives of incenting innovation and promoting affordability.

That careful balance exists for small-molecule medicines but not yet for biologics. The innovation side of the biologics market is working as intended, but a robust market for lower-cost competitors â€” biosimilars â€” has been slow to develop in the United States. Biosimilars are approved to compete in nine biologic classes but currently are available in only four. Biosimilars account for <1 % of total biologic sales volume (1). Thus, competitive pressures are not driving down costs sufficiently in the high-cost biologics market.

Methodology for Estimating Biosimilars Savings
In March 2020 (2), I estimated the savings potential of biosimilars in the United States based on recent price and volume data. Pricing data were based on national average sales price (ASP) points from Julyâ€“September 2019 and on expenditures-per-unit data from the Centers for Medicare and Medicaid Services. Volume data came from 12-month sales-volume numbers through February 2019 as reported by IQVIA. (Those data did not distinguish among expenditures for Medicare, Medicaid, and the commercial market; thus, the expenditure breakdown by payer was estimated.)

Actual and potential biosimilar savings were evaluated relative to a hypothetical biologic baseline that assumes all prescribed biologics are originators. This baseline
was calculated by multiplying the volume breakdowns described above by relevant originator-biologic prices.

Estimated Savings Potential
Savings estimates were evaluated for the current market and for three hypothetical scenarios that assumed biosimilars grew to 25%, 50%, and 75% of the market, respectively. Current use of biosimilars saves the US healthcare system US$240.4 million annually. State Medicaid programs saved $47.5 million, and commercial payers saved $136.8 million. Medicare and other federal health-insurance programs are realizing the remainder of savings.

Reform Policies to Remove Current Disincentives
Private companies and state governments all have incentive to support reforms to the current US healthcare system and promote biosimilar use. Such reforms must correct currently ineffective regulatory policies, promote greater education of the benefits that biosimilars offer, and eliminate adverse market incentives that discourage biosimilar use. For example, rebate contracting should be eliminated, or if not eliminated, then 100% of savings should be passed through to patients. Eliminating obstructions that are preventing the healthcare system from realizing the savings potential of biosimilars would increase the accessibility of high-quality, affordable treatment for patients.

References
1 Medicine Use and Spending in the US: A Review of 2018 and Outlook to 2023. IQVIA Institute, 9 May 2019; https://www. iqvia.com/insights/the-iqvia-institute/reports/medicine-use-and-spending-in-the-us-a-review-of-2018-and-outlook-to-2023.

Wayne Winegarden, PhD, is director of the Center for Medical Economics and Innovation and senior fellow in business and economics at the Pacific Research Institute; https://pacificresearch. org/team/wayne-winegarden-ph-d.