It appears that it will take more than just the subprime mortgage crisis to put a dent in biopharmaceutical manufacturing. Based on results of our latest annual report, capacity use in 2007 remained essentially steady for mammalian cell culture: at nearly two-thirds, 63.3% compared with 63.9% the year before (1). Capacity use represents the percentage of an industry’s production capacity that is actually in use. It measures how effectively manufacturers and industries are making use of their fixed assets. This leveling-off of the formerly fluctuating percentages suggests that companies are using their existing capacity more efficiently and are planning more effectively to handle shifts in demand for additional capacity.

This number is important to help planners and investors determine whether capacity will be available for production of pipeline drugs that may be reaching approval. In 2003, the biopharmaceutical industry’s use rates exceeded 76%. It was a capacity-crunch time that led to many facility build-outs on the part of both biotherapeutic developers and contract manufacturers. The expanded capacity that resulted brought use rates down so that by 2006, it appeared that a stable capacity use rate would be around 63%. 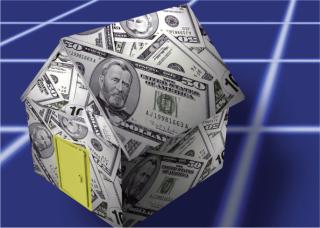 That is an interestingly low number when compared with overall US industrial production rates. For all US industries in February 2008, the capacity use rate fell 0.6 percentage points to 80.9%. One possible reason for the nearly 18–percentage-point spread between that and biopharmaceutical capacity use rates is that the biopharmaceutical industry aggressively attempts to avoid unanticipated high production demands that can create a capacity crunch. The resulting “flex” or buffer capacity is important in this business because the opportunity costs associated with a company’s failure to get its product to market can be devastating.

On the other hand, the cost of an idle biomanufacturing facility (and costly excess capacity) is also actively avoided. So predicting industry capacity becomes a high-stakes game. Today, smoothed-out biopharmaceutical industry use rates are primarily because of improved planning by manufacturers — as well as a lack of major blockbuster drugs that could absorb substantial industry capacity.

Both biopharmaceutical producers and contract manufacturers maintain a keen interest in current industry capacity and future trends. The 2007 report summarizes information obtained from 434 biopharmaceutical manufacturers in 39 countries. It provides a quantitative assessment of industry capacity and production trends while benchmarking annual changes in the market. As an on-going benchmarking effort, this annual report series offers a view into current and future potential global industry bottlenecks. We assessed respondents’ projected reasons for bottlenecks and their perception of how those bottlenecks might be resolved.

Current State of Capacity Use

Ad hoc manufacturing planning in this industry is far too risky for most managers and investors. To reduce the risk of over- or underbuilding, managers use planning tools for production, performance, and benchmarking. Biomanufacturers continue to improve their ability to manage capacity through analytical projections and models, partnering and outsourcing with contract manufacturing organizations (CMOs), use of technologies to improve yield and downstream performance, and more sophisticated long-term supply chain management techniques. Other methods implemented to avoid capacity crunches include adding long-term CMO relationships to the mix; involvement of single-use manufacturing technologies; and integrating manufacturing planning with business, production, and regulatory functions.

Production yield is a primary objective in long-term capacity management. According to this year’s study, average product titers (which measured <1 g/L just five years ago) now average nearly 1.5 g/L for commercial-stage production, and even greater titers are seen in late-stage clinical production. This is substantially increasing production outputs without requiring any new facilities — at least for upstream production.

CMOs tend to be more concerned about manufacturing process performance and cost, whereas the issues of early development, training, and regulatory compliance are of more concern to biopharmaceutical development organizations. In addition, CMOs tend to be highly focused on process improvement because they are expected to provide greater manufacturing efficiencies and plant use rates to keep costs down. This allows them to remain competitive and profitable.

In microbial system capacity use, 2007 saw a drop of almost 10 percentage points below 2006 for biotherapeutics developers and almost 20 percentage points for CMOs. This may be the result of additional capacity that has come on line for both and requires time to fill.

According to Sean McKee, senior consultant at PharmaBioSource, Inc. (Wayne, PA), the most interesting trend is a dramatic increase in the use of yeast, plant, and insect cell production capacity for biotherapeutic developers in 2007 (compared with 2006). Use of such systems by CMOs declined sharply in the same time. “Our conclusion here is that there has been a marked increased use of yeast and insect cells as production platforms, particularly by biotherapeutic developers. This trend could be construed to mean that more such biologic products will be launched using these expression systems.”

US and European Manufacturers

The latest survey also closely evaluated trends in the implementation of single-use manufacturing technologies. Use of such systems is increasing and has permitted greater flexibility in manufacturing planning. A few of the findings in the latest report include large jumps from 2005 to 2007 in usage of disposables in a number of manufacturing areas. In particular, the use of membrane absorbers jumped 62.3 percentage points in market penetration, from 12.9% to 66.7% of respondents now reporting use of such devices at some stage in their facility’s production (a CAGR of 127%). Mixing-system use also grew very substantially: from 19.4% in 2005 to 73.7% in 2007 (a 54.3 percentage-point increase and a CAGR of 94%). Other products that experienced significant growth in use include disposable bioreactors, preassembled tubing sets and rigging kits, and sampling systems.

Important Information for All

Capacity use can show how effectively biomanufacturers can adapt to unanticipated increases and decreases in product demand. In the biopharmaceutical industry, companies must project years into the future to build their facilities. Because many pipeline products ultimately might never be approved, it is challenging to forecast future capacity needs. Capacity use trends help in planning for production capacity expansions and outsourcing. Even suppliers, trainers, and job seekers have an interest in these use rates and trends because such production forecasts directly affect sales, job availability, and costs of production.

With today’s pipeline of new products, accurate models and production improvements will continue to be needed. Technologies that improve upstream yield and downstream efficiencies will be incorporated into current forecasting models. Despite the relatively substantial reduction in production capacity constraints over recent years, biotherapeutics developers and CMOs continue to work hard to improve their capacity use and performance. Organizations are watching for signs of near-term capacity constraints, and they continue to invest in forecast planning and modeling. The industry’s reliance on CMOs is also expected to grow as their capacity provides support for biotherapeutics developers by reducing total risks associated with building additional capacity for products that may not ultimately be approved for commercial production.