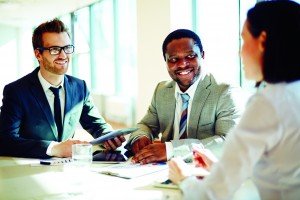 Like many other industries, life sciences faces rapid, technology-driven changes and a shifting business environment. Many patients are covered by Medicare, Medicaid, or national healthcare organizations outside the United States. That necessitates pricing and reimbursement negotiations that are complicated by rules and regulations. Patients whose health plans belong under a managed-care organization (MCO) or pharmacy-benefit manager (PBM) have access to prescriptions primarily through staff-model pharmacies, mail-order pharmacies, and network pharmacies. Drug manufacturers offer incentives to such organizations in the form of rebates based on the formulary position of a given medication on a health plan.

Fragmented communication is a major cause of such breakdowns. Too often, teams work in â€śsilosâ€ť exclusively focusing on their individual responsibilities, which makes them unaware of the inherent overlap in job tasks with other groups. Effective contract management can take place only when the managed-markets divisions of companies â€” groups involved in contract management, rebate processing, and government pricing â€” work in an atmosphere of collaboration. Fortunately, focusing on increased communication and optimization of revenue-management systems can resolve common obstacles that inhibit synergistic operations.

Opening the Lines of Communication
A managed-care contract life cycle begins with negotiation of a paper contract between a drug manufacturer and a MCO or PBM. It is critical for individuals implementing reimbursement strategies in the contract terms to understand theirÂ impact on the organization as a whole. Although â€ścreativeâ€ť and â€śinnovativeâ€ť strategies can appear at first to save the pharmaceutical manufacturer money, they might offset at least some of those savings by making payment processing extremely problematic.

In some cases, potential savings the contract-management team hoped to achieve are lost simply through contract language that is too open to interpretation. Unclear language also could create a need for staffing-up to meet processing and reporting needs. No single group can fully understand all aspects of a whole company, so it is imperative that each team proactively consults with other groups that will be affected by decisions made. Failure to establish a robust cross-functional communication process is a common mistake among drug manufacturers, particularly in large organizations.

Before entering into reimbursement agreements, negotiators need a comprehensive understanding of the revenue-management system their company currently has in place. Particularly important is its capacity to handle creative rebate strategies, such as volume-based discounts or price-protection contingencies. Additionally, gross-to-net and government pricing calculations must be effectively communicated among all groups involved, and their potential impacts must be understood.

Oversights that can seem minor in the initial stages of contract negotiation could trigger a ripple effect as a contract relationship progresses, with significant consequences. Vague language can beÂ especially dangerous, ultimately costing millions of dollars in additional rebates. The results can be devastating when a company inadvertently sets a new best price (BP), the amount paid by Medicaid based on the lowest price offered to a private plan.

To guard against that potential outcome, a companyâ€™s government-pricing and contract-management teams can consider incorporating a â€śbest-price capâ€ť within their contracts. It would prevent the rebate-per-unit from exceeding an established maximum threshold. Once the contract is finalized, a rebate-processing team can configure the revenue-management system in such a way that prevents a new BP from being set unintentionally.

The same principle can be extended by including a stipulation in the paper contract requiring a PBM or MCO to submit an identifier that differentiates between mail orders and retail units in the â€śutilization file.â€ť That is the most granular form of data provided to a manufacturer, used to calculate a rebate customers are entitled to based upon predetermined contract terms. The ability to distinguish between mail orders and retain units is one of many factors that go into calculating the average manufacturer price (AMP) for a drug classified as one of the five â€śIâ€ť categories: injected, infused, inhaled, implanted, or instilled. Such an identifier can come in the form of a unique spreadsheet field (or more often as a pharmacy identifier). A biomanufacturer can cross-reference that identifier against additional pharmacy data purchased from outside vendors.

Revenue Management Systems
Most biopharmaceutical companies purchase a revenue-management software (RMS) system for administering contracts with MCOs and PBMs. The benefits of such programs are well known and include accurate calculations, prompt payments, and the security of a secure centralized data warehouse. But only with the proper configuration, realistic contract strategies, and efficient processes, can a manufacturer begin to realize tangible benefits to its business.

Setting up those environments for maximum effectiveness, however, is no small task. The associated contracts often require years of industry and system-specific experience for proper configuration. Even then, some agreements may require ongoing communication with the parties involved to ensure proper up-keep as a company grows. For example, as customers are added to contracts, analysts must coordinate class-of-trade assignments with government-pricing teams to synchronize with methodologies used for various calculations. Without such coordination, a companyâ€™s RMS may seem burdensome at best and, at worst, create a significant bottleneck in its rebate payment process.

Therefore, it is critical to understand a biomanufacturerâ€™s long-term needs while setting up a contract within that system. A short-term mentality during configuration undoubtedly will cause issues with future period submissions. Thus, simply making a contract functional for payment can lead to compliance issues later on if company or government regulations are not considered. By effectively translating the terms of a paper contract, a company can consequently improve its bottom line by minimizing late fees and eliminating labor redundancies. Although processing time varies according to contract complexity, a failure to perform adequate evaluation is often the catalyst for future dysfunction.

Performing maintenance on system-configured contracts is inevitable for an industry in which no player remains static. What remains important is eliminating user updates in as many situations as possible. Those minor annoyances, period after period, can ultimately waste hundreds of hours and sink costs over time. Spending the extra time during initial contract configuration will undoubtedly save an organization money in the long-term.

Understanding the Need for Change
With contracts configured in an optimal format, experienced rebate analysts should be able to process submissions against even the most complex agreements in under 90 minutes. Spending more time than that is a likely indication of a poorly configured contract. For skeptics, an internal analysis of the system might be necessary. After all, it can be difficult to see what is best when the status quo is all that an analyst has ever experienced. For an organization to move forward it must not fear change.

In addition to the system configuration, simple inclusions to paper contracts can save hundreds of hours each year in manual reconfigurations. For example, that might include outlining the required fields of a PBM or MCO submission. By legally obligating customers to provide those fields, companies ensure that all necessary data for processing are available upon initial receipt of an invoice. That would eliminate what is often most crippling to managed market groups: the need to manually adjust components of the revenue-management system that can and should be automated.

Resolving Issues Today PreventsÂ Problems Tomorrow
Equally important to a pharmaceutical manufacturer is maintaining good relationships with external business partners at MCOs and PBMs. Collaboration with such organizations will enable timely resolutions to problems that arise. For the most problematic MCOs and PBMs, monthly or quarterly meetings might be necessary to help alleviate challenges associated with improper invoicing. The most common involve unit-of-measure conversions, incorrect wholesale acquisition costs, and calculations related to price protection.

Resolving such issues before making rebate payments often prevents problems from arising down the line. Proactive resolutions also mitigate the need for resubmissions, which enables a company to shift focus onto improving the process as a whole.

Operating at optimal capacity remains an elusive goal for most biopharmaceutical executives. Doing so requires experienced resources andÂ a concerted and consistent effort across the organization. Although it is easy to prevent growth and development pains in favor of shortterm wins, such an approach inevitably brings negative consequences. When avoidance behavior becomes ingrained into a companyâ€™s managed-market divisionâ€™s culture for a prolonged period, change becomes increasingly more difficult to effect over time.

Lessons Learned: A â€śReal-Worldâ€ť Example
One of the worldâ€™s largest biotechnology manufacturers was implementing an RMS to be used by multiple teams within the managed markets group. It wasnâ€™t until after the system was fully configured that each group understood the ramifications of their actions to others. The manufacturer contacted a global life sciences and technology consultant to serve as a liaison among those teams and establish standard operating procedures (SOPs) to optimize the RMS across functions. For over a year, the consulting expert coordinated processes based on knowledge that spanned different groups in the managed markets division.

Communication brought down silos and transformed them into one synergistic managed-markets group. Numerous â€śpain pointsâ€ť for individuals were resolved with little to no additional effort from others. The contracting team now invites managed-care and government-pricing teams to its monthly meeting, where upcoming amendments to existing contracts are discussed. The government-pricing team now reviews paper contracts before authorization and works in conjunction with the managed-care team to ensure that the RMS will output data at the required granularity. The rebate-processing team now follows a strict guideline that outlines how data must flow through the RMS to ensure consistency.

With the consultantâ€™s help, the manufacturer has achieved greater efficiencies, and all parties involved in the managed-markets group are communicating. From contract negotiation to payment processing, a mutual understanding of the RMS now exists.

TeamworkÂ Is Key
Biopharmaceutical manufacturers operate in a highly competitive, complex, and regulated market in which effective management of contracts, pricing, and rebates is critical for long-term success. Without the right contracting infrastructure and processes in place, companies risk revenue loss and noncompliance with government regulations.

To achieve synchronous operations and methods of resolution, companies must increase cross-functional communication and optimize their revenue-management systems. Establishing proactive collaboration among involved teams is crucial across a contractâ€™s life cycle, from negotiation to conclusion. By promoting knowledge-sharing, an entire managed-markets division will be better positioned for efficient and cost-effective operations.

Chris Lagoeiro is a senior consultant (specializing in managed-care contracting, strategy and rebate processing) at Alliance Life Sciences, 265 Davidson Ave #310, Somerset, NJ 08873; 1-908-947-410; chris.lagoeiro@alscg. com; www.alscg.com. He also has experience in government pricing and chargebacks and has identified >US$5 million in revenue leakage over the past two years at four pharmaceutical/biotech companies.