Budgets for outsourcing activities have rebounded in recent years as outsourcing has gradually become a more common and core strategic decision made by bioprocessing companies. Some of the increase in outsourcing activity over the past few years has no doubt been spurred by cost-cutting behavior. But increasing evidence indicates that contract manufacturing organizations (CMOs) are providing specific technical skills that clients may have shed during leaner recession years. In our latest annual industry report (1), we take a close look at outsourcing trends and how they differ regionally. 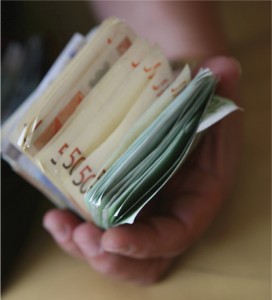 Budgets Are On the Upswing

We assessed the health of manufacturers’ outsourcing budgets from two angles. First, we included “outsourced biopharmaceutical manufacturing” an area examined in a broad look at budget trends across the industry. Second, we singled out spending on outsourcing of R&D or manufacturing as part of our closer analysis of the outsourcing space. In each case, the results revealed some significant differences between US and Western European respondents.

In the first instance, we found that almost half (49.3%) of the 238 industry respondents surveyed this year planned to increase their funding for outsourced biopharmaceutical manufacturing to some extent, compared with fewer than one in eight (11.4%) planning to decrease those funds by some degree. After averaging responses, we estimate that the overall industry is planning to increase its spending on outsourced biopharmaceutical manufacturing by 3.9% this year.

That figure compares favorably with recent years and continues what has been, for the most part, a multiyear trend. Our reports in 2009 and 2010 estimated that spending on outsourcing would contract by about 1.3%. Since then, budgets have largely been on the rebound, with participants expecting to slowly ramp up spending by 0.8% in 2011 and by 1.7% in 2013. In that light, a 3.9% increase is a significant departure from recent times — and perhaps a harbinger of what's to come.

What's also interesting is that this budget expansion is coming at the same time as a slowdown in the use of outsourcing as a cost-cutting mechanism. In recent studies, we had noted an increase in the percentage of industry respondents who had reported outsourcing a number of areas for cost-cutting purposes.

For example, between 2011 and 2013, we observed a doubling of the percentage of respondents who reported outsourcing manufacturing to domestic service providers specifically to cut overall costs at their facilities (from 7.1% to 14%). We saw an even bigger relative increase in that time period when it came to off-shoring for cost-cutting purposes, increasing from 5.7% to 12.6% of respondents. This year, for the most part, growth in outsourcing for cost-cutting purposes has either stemmed or even reversed. Coupled with our finding that budgets are on the increase, these results lend credence to the idea that outsourcing is moving away from simply being an activity undertaken to add flexible capacity and reduce costs. Instead, it seems that companies are planning to spend more on outsourcing because they envision other strategic and technical benefits.

The 2014 11th Annual Report and Survey of Biopharmaceutical Manufacturing Capacity and Production yields a composite view and trend analysis from 238 responsible individuals at biopharmaceutical manufacturers and contract manufacturing organizations (CMOs) in 31 countries. The methodology also included over 173 direct suppliers of materials, services, and equipment to this industry. This year's study covers such issues as new product needs, facility budget changes, current capacity, future capacity constraints, expansions, use of disposables, trends and budgets in disposables, trends in downstream purification, quality management and control, hiring issues, and employment. The quantitative trend analysis provides details and comparisons of production by biotherapeutic developers and CMOs. It also evaluates trends over time, and assesses differences in the world's major markets in the United States and Europe.

So it seems that opportunities for service providers are in the United States, with US respondents to our study expecting their outsourced manufacturing budgets to grow by an estimated 4.8% this year (compared with just an 0.9% overall increase among Western Europeans).

The second method we used to measure outsourcing budgets — specifically singling out spending on outsourcing of R&D or manufacturing — yielded similar patterns. Overall, we found a strong response for expanded budgets, with essentially half (49.9%) of respondents projecting an increase in spending of some sort, whereas only 6.1% projected a pullback (all of which were of ≤10%). Once again, most respondents projecting increases envision large ones: More than one-third (35.3%) said spending will increase by more than 10%.

In the aggregate, respondents to our study expect to increase their spending on outsourcing of R&D or manufacturing by a significant 15.6%. That's up from a projected 10.4% increase last year and 9.3% the year before.

From this angle, again US biomanufacturers are more enthusiastic about their spending plans. A majority (55%) expect to increase their budgets to some extent, and more than one in five are planning a spending hike of >25%, a fairly remarkable finding. Based on US respondents’ projections, we estimate that they will increase their spending on outsourcing activities this year by 19.5%.

Western Europeans are not quite so enthusiastic. A relatively smaller 35% plan to increase their budgets, with only 5% by more than one-quarter of current levels. Western Europeans’ spending plans translate to an expected increase of 5.8%. We note that the dataset used for Western Europeans is somewhat small, but the results are consistent with prior years and are in keeping with wider trends.

US respondents may be projecting greater spending on outsourcing this year than their European counterparts because of the specific types of activities they intend to outsource to greater levels. When we asked respondents which of several activities would be outsourced at significantly higher levels at their facilities over the next 24 months, we found some significant regional disparities.

Figure 2: Outsourcing projected to be done at “significantly higher levels” in two years

For their part, many Western Europeans plan to significantly raise their outsourcing of analytical testing of bioassays. In fact, they outpace US ambitions in that particular area (35.7% and 26.7%, respectively, planning increases). Other areas in which more Europeans are planning significant increases in outsourcing include product characterization testing, lot-release testing, and plant maintenance.

Despite a gradual move to outsourcing of core activities, the industry continues to rapidly ramp up its outsourcing of lower-value services.
This year, when we asked our entire respondent base to identify areas in which they would be significantly increasing their outsourcing, we found the same types of activities as in years past atop the list, though with generally higher expectations. These areas are

analytical testing of other bioassays (33.3% of respondents expecting big changes in outsourcing, compared with 25.8% in 2013)

Compared with values from last year, the biggest changes in future outsourcing are for media optimization (15.3% versus 4.8% in 2013), downstream production operations (15.3% versus 4.8%), upstream production operations (13.9% versus 3.2%), and lot-release testing (12.5% versus 1.6%). Those changes signify the industry's intent to experiment more with outsourcing higher-value activities.

Although future budgets and outsourcing plans may differ regionally, the activities that are most commonly outsourced currently are mostly consistent across both regions, with the only real discrepancies being for plant-maintenance services (outsourced more by Americans) and fill–finish operations (outsourced more by Western Europeans).

Currently, the most commonly outsourced activities by biomanufacturers around the world are as follows:

analytical testing of other bioassays (89% outsourcing to some degree)

Some of those areas appear to be continuing to grow year after year in popularity. For example, the percentage of study respondents outsourcing toxicity testing to some degree has grown by more than 15% points since 2010 (71.4%). For fill– finish operations, the proportion outsourcing is up 20% from 2010 (60%), whereas for validation services, the share of industry participants outsourcing is up more than 10% points during that time frame.

For the most part, however, the outsourcing activities we identified showed a retreat in industrywide adoption this year. That decrease may have more to do with respondents in 2013 than those for this year, however. Last year, we noted a large increase in outsourcing activity across almost all activities. So although the results of this year's survey are a step back, they remain above levels we observed in the 2012 survey.

Offshoring Continues to be a Consideration

A similar pattern emerges when we look at offshoring plans. We asked respondents to reflect on their facility's projected future international outsourcing (off-shoring) over the next five years. Depending on the area of outsourcing, ~45% of respondents indicated that some manufacturing operations could be off-shored during the next five years, and almost 60% indicated that some clinical trials operations could be off-shored. We note that the survey population is involved in biopharmaceutical manufacturing, not clinical trials management (where international activities are significantly more common).

We evaluated responses from 2011 to 2014 regarding the percentage of biomanufacturers that plan, within the next five years, to offshore (international outsourcing) at least some indicated activities. We found a significant pullback in process development, for which 43.4% plan to offshore in the next five years, down from 55.9% last year. However, this year's results are still up from 2012 (35.7%) and 2011 (22.4%). It may be that the industry's increased emphasis on quality by design (QbD) and related quality issues has led to a reduction in off-shoring plans (particularly in-process design) this year.

By averaging the data for respondents’ international outsourcing projections, we find that in five years, ≥10% operations may be offshored, up from ~9% in last year's study, with the strongest growth for biomanufacturing operations. Process development activities could be off-shored at a higher rate, at 8.4% this year compared with 4.7% last year, perhaps signaling that concerns over technology transfer, management issues, and intellectual property challenges are easing.

US and Western Europeans Differ on Likely Offshoring Destinations

As with past years, we asked respondents to consider their five-year time horizon (lead-up to 2019) and to evaluate their facility's current plans for future capacity expansion outside their home countries. We identified >25 countries as potential outsourcing destinations. For cases in which respondents did not have an immediate outsourcing need, we are confident that their answers are an adequate reflection of their hypothetical biases and therefore the relative standing of the various destinations we listed.

Our study shows possible destinations where respondents in the United States and Western Europe might consider outsourcing — that is, at any level from “possibility” to “likelihood” to “strong likelihood.” The data reveal that Singapore continues to grow as a potential outsourcing destination for US biomanufacturers (38.6% named it a “possible” destination this year, up from 32.3% last year, 31.3% in 2012, and 27.9% in 2011). Germany came in at second place this year, with 36.4% (up significantly from 2011) considering outsourcing there as at least a “possibility.” India and Ireland tied for third this year, both moving up the rankings compared with last year and supplanting the United Kingdom and China, which moved in the opposite direction. In fact, US respondents this year were as likely to consider Korea as the United Kingdom as a potential outsourcing destination, showing that enthusiasm for the former has grown over the past few years.

For their part, Western Europeans are much more likely to this year consider China a potential outsourcing destination, with 46.7% saying that is the case, tied with the United States in the top spot. That's a departure from last year's results, when the United States was also the primary destination, but China was significantly lower in priority.

Our data generally paint an encouraging picture for the outsourcing industry. Budgets are growing and outsourcing of some activities has become almost ubiquitous. With CMOs competing for new business, US companies may prove a better bet this year. Their purse stringers are looser than those of their European counterparts and they are more willing to try contracting out some activities traditionally performed in-house. Either way, CMOs should be ready to compete globally because both US and European companies are ready to consider a range of destinations when they find the right partners.