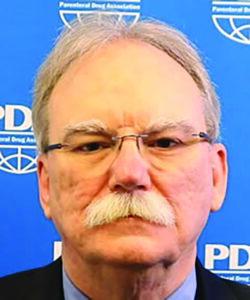 The past 20 years have been a period of rapid change and development in the world and in the biopharmaceutical industry. One of the biggest changes has been the introduction of a pathway for biosimilars in the decade after 2010. Before that, no provision for ŌĆ£genericŌĆØ versions of biologics existed. The European Medicines Agency (EMA) approved the first monoclonal antibody biosimilar in 2013, and the US Food and Drug Administration (FDA) followed with its first approval in 2015. Those approvals improved access for those therapies.

The development of single-use systems also has been critical in enabling rapid scale-up and scale-out of biopharmaceutical manufacturing. Stainless-steel reactors are notoriously expensive and have long lead times, so single-use technology has increased manufacturing capacity rapidly.

Improved characterization of large molecules also has enabled improved process understanding and increased yields. Use of modeling and big data has led to efficient product and process development.

More recently, the industry has seen a resurgence in the development of vaccines, both as preventatives against infectious diseases and as targeted therapies in cancer treatment.

Personal Reflections
I spent 30 years in the health products industry, serving in medical device, pharmaceutical, and biopharmaceutical roles around the world. Increasingly, new drug products are biopharmaceuticals. Because new therapies are almost all sterile dosage forms, biomanufacturers have increased their focus on aseptic manufacturing.

In 2009, I was fortunate to have the opportunity to join the Parenteral Drug Association (PDA) as its president. I have seen the dramatic changes in the global landscape of manufacturing and sourcing components. At PDA, through it all, we have continued our focus on ŌĆ£Connecting People, Science and RegulationŌĆØ throughout the world.

One of the biggest challenges is the loss of institutional knowledge from biopharmaceutical companies. In the interest of cost-cutting, many companies have reduced staffing. As a result, they have lost much of the expertise they once had. Many companies consider knowledge workers to be commodities to be used as needed. That has led to an increase in consultants and contractors.

Biomanufacturing also has changed because of reduced staffing. An increasing share of capacity is provided by contract manufacturing organizations (CMOs). Combined with offshoring to low-cost regions or countries, the outsourcing trend has reduced the manufacturing leadership that once was the hallmark of the biopharmaceutical industry. That is important because biologic products depend on strict control of processes.

For more than two years, the world has been dealing with the COVID-19 pandemic. Not only has this crisis dramatically influenced healthcare and commerce, but it also has highlighted some of the vulnerabilities of global interdependence of supply chains. Facing the pandemic, PDA rapidly diverted its activities to virtual services and continued to serve its community with vital technical resources, information, and education. But the organization also has learned important lessons about the limitations of the virtual world, and our members are enthusiastic about the return to face-to-face interactions. I see the future being a combination of the best of both worlds: virtual interactions for some purposes, and face to face for focus, interaction, and networking.

As I near the end of my career, I am confident that biopharmaceuticals will be a more dominant part of the healthcare ecology. Despite increased use of automation and artificial intelligence, people will remain central to innovation and decision-making. I advise those just starting out to be open to opportunity, adaptable to change, and willing to take some risks.

PDA is in its 76th year. Many things have changed over that period, but the value that PDA brings has never been greater. I am confident that PDA will continue to deliver valuable benefit to our industry for many years to come.