When a company is involved in litigation, the court in which its case is heard can have a significant impact on the proceedings. For life-science corporations, this is especially true. Because their products are often distributed to consumers across the United States and the world, such companies can benefit from the consistency and efficiency provided by federal courts. Federal courts provide uniform procedures across the United States, have mechanisms for consolidating similar claims across state lines, and are generally preferred by corporate defendants. Until recently, though, it has not been entirely clear when a company operating in multiple states has access to such courts.

In light of a recent US Supreme Court decision in Hertz Corporation v. Friend, however, it is now much easier to answer that question (1). Under that ruling, corporations will know and can control when federal courts will be available, providing greater certainty in litigation. Except for lawsuits brought within a corporation’s state of incorporation ŌĆö or where its ŌĆ£nerve centerŌĆØ is located ŌĆö the company will have the option of litigating in federal court.

Why Does It Matter?

Before reviewing the specifics of the Hertz opinion, a brief discussion of the unique legal risks faced by life-science corporations as well as the differences between US state and federal courts will place the decision in context. Life-science companies face both substantive and unique geographic issues related to litigation. One of the largest fields of litigation for them is multijurisdictional product liability litigation. When an issue arises with one product, it can lead to litigation across the country. Also, because federal regulations govern the design, manufacture, distribution, and marketing of life-science products, nuanced issues of federal law are frequently at the center of such litigations. 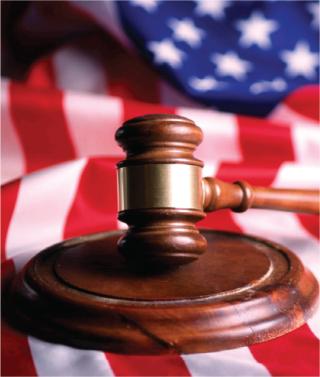 Lawsuits proceed in either federal or state court because of the constitutional system of government, under which states maintain their own judicial systems. For corporations operating in multiple states and selling products across the country, federal courts offer uniformity that can help resolve lawsuits efficiently. Procedural rules ŌĆö including those governing the scheduling of litigation ŌĆö are the same in all US federal courts. But if a company has multiple claims pending in different state courts, then its in-house lawyers or outside counsel will have to spend their time learning how to navigate each state’s judicial system. In separate state courts, parallel cases may proceed on widely divergent schedules.

Of particular interest to life-science companies is the federal procedure known as multidistrict litigation (MDL), which consolidates separate federal lawsuits in multiple states before one judge. In product liability litigation, as mentioned, lawsuits are rarely limited to one state or court’s jurisdiction. If the US Food and Drug Administration (FDA) sends a warning letter to a manufacturing facility or requires a labeling change, then hundreds (if not thousands) of related lawsuits could be filed across the country. The MDL procedure transfers every pending case to one judge in one federal court for purposes of discovery. Consolidation can provide significant cost savings ŌĆö both for the litigants and the courts.

Defending multiple lawsuits in one court is far less expensive than defending the same number of lawsuits in multiple courts. Legal issues common to each case can be decided once. For example, disputes often arise regarding what internal documents a defendant must produce. In an MDL, that defendant need convince only one judge to keep those documents confidential. MDLs also provide a forum for master settlements that dispose of every claim proceeding in federal court across the country. Because no procedural mechanism exists for consolidating state court cases with a federal MDL, however, such court cases cannot benefit from those cost savings.

Federal courts offer more advantages to corporate defendants, so as a general rule, corporate defendants prefer federal courts. In fact, the US Supreme Court has recognized that federal jurisdiction is in part ŌĆ£founded on assurance to nonresident litigants of courts free from susceptibility to potential local bias.ŌĆØ Also, the federal rules governing when expert testimony will be permitted are clearer than the different statesŌĆÖ laws. Tight control of expert testimony is beneficial when a case involves esoteric and complicated science and technology. Finally, federal courts are more likely to have experience with substantive issues related to federal regulations.

How Do You Get to Federal Court?

Although federal courts offer many advantages, they can hear cases only under certain circumstances. One way into federal court is known as federal question jurisdiction and applies wherever federal law provides a right of recovery, such as in patent or trademark disputes. However, for most lawsuits (including product liability lawsuits), diversity jurisdiction provides the only path to federal court. Congress has provided that federal courts would have diversity jurisdiction when a lawsuit is between ŌĆ£citizens of different statesŌĆØ (2). Of course, that begs the question: Of what state is a corporation considered a ŌĆ£citizen?ŌĆØ That is what the Supreme Court clarified in Hertz.

For purposes of diversity jurisdiction, a corporation is a citizen of the state in which it is incorporated ŌĆ£and of the State where it has its principal place of businessŌĆØ (2). Before Hertz, determining corporate ŌĆ£citizenshipŌĆØ was not easy: A company’s ŌĆ£principal place of businessŌĆØ depended on the law of the jurisdiction where a particular lawsuit was filed. In determining that, some courts relied on the location of the ŌĆ£nerve centerŌĆØ or corporate headquarters, whereas others used multifactor tests to determine the ŌĆ£center of gravityŌĆØ of a company’s operations. Such tests focused on the location of brick-and-mortar operations, retail outlets, sales, annual revenues, and other factors.

The facts of the Hertz case provide a good example of why different tests relied on by different federal courts could lead to varying results. The rental car company was sued in California state court and sought to defend that class action in federal court. The plaintiffs, both citizens of California, argued that Hertz was also a citizen of California so federal courts could not hear the case. In other words, the plaintiffs argued that Hertz could not defend the lawsuit in federal court because the litigants were not citizens of different states. Hertz’s corporate headquarters are in New Jersey, but the company does substantial business in California (as do most consumer product companies).

As federal courts in California interpreted ŌĆ£principal place of businessŌĆØ at that time, a company’s ŌĆ£principal place of businessŌĆØ was California if its activities there were ŌĆ£significantly largerŌĆØ than in any other state. Because the court concluded that Hertz
‘s business activities (including sales) were significantly larger in California than in any other state, it found Hertz to be a citizen of California and thus denied Hertz the opportunity to have its case heard in federal court.

Hertz’s citizenship would be different if the same lawsuit had been brought in another state, however. If the case were brought in Pennsylvania by Pennsylvanians, for example, a federal court would have been available. Before the Hertz ruling, federal courts in that state looked to the ŌĆ£nerve centerŌĆØ of a corporation, which in this case was New Jersey. If citizens of Pennsylvania sued a corporate citizen of New Jersey, then a federal court would be available because they would be citizens of different states. In other words, when Hertz was sued in California, it was considered a citizen of California; if Hertz had been sued in Pennsylvania, then it would be considered a citizen of New Jersey. Such uncertainty has often made it difficult for corporations to plan for and manage the risk of litigation.

In its Hertz ruling, the US Supreme Court has limited that uncertainty. The court recognized that applying the phrase ŌĆ£principal place of businessŌĆØ ŌĆ£has proved more difficult to apply than its originators likely expectedŌĆØ (1). The court then set out to ŌĆ£find a single, more uniform interpretation of [principal place of business.]ŌĆØ It concluded that the ŌĆ£ŌĆśprincipal place of businessŌĆÖ is best read as referring to the place where a corporation’s officers direct, control, and coordinate the corporation’s activities.ŌĆØ That should ŌĆ£normally be the place where the corporation maintains its headquarters ŌĆö provided that the headquarters is the actual center of direction, control, and coordination, i.e., the ŌĆśnerve centerŌĆÖŌĆØ (1).

Manufacturing, R&D, sales, and other facilities were previously material to the citizenship of a corporation, as was the location of the federal court in which a given lawsuit was filed. But now, a life-science corporation can determine whether it will have access to federal courts before litigation is filed, regardless of where a lawsuit is brought. In fact, a recent case illustrates how a life-science company can control its citizenship to ensure a federal forum.

As seen in White, the US Supreme Court has directed courts across the United States to look to ŌĆ£the place of actual direction, control, and coordinationŌĆØ to determine a corporation’s principal place of business and citizenship (3). In most instances, that location will be easy to ascertain. If all officers are located and board meetings are held in one state, then the company is a citizen of that state and its state of incorporation.

In some instances applicable to life-science corporations ŌĆö especially in the early stages of their existence ŌĆö some uncertainty remains. For example, the US Supreme Court noted that ŌĆ£in this era of telecommuting, some corporations may divide their command and coordinating functions among officers who work at several different locations, perhaps communicating over the InternetŌĆØ (1). If a start-up company’s officers reside in Stanford, Boston, and New York, then it is not clear where that company would be a citizen.
Courts around the country will develop tests for such situations as cases arise, but life-science corporations can take some steps to solidify their citizenship if their decision makers are geographically diverse. Bringing together the corporate officers for meetings in one location when important decisions are made would create a strong argument for that location as the company’s ŌĆ£nerve center.ŌĆØ The White case provides an excellent example. By consolidating the formal corporate controls of GSK, a corporation with operations spread worldwide, the company was able to confirm that it was a citizen of Delaware for purposes of diversity jurisdiction.

The ŌĆ£nerve-centerŌĆØ approach is not the panacea to uncertainty, but it is a step in the right direction. Even if corporate leadership is geographically diverse, the company’s citizenship should be limited to states where those decision makers reside. Under Hertz, a corporation can control and know in advance where it will be deemed a citizen for purposes of federal jurisdiction. The location of corporate headquarters, where operations are controlled and coordinated, will be its principal place of business for jurisdictional purposes. Life-science corporations can know beforehand where they will have access to federal courts, and now they will be better able to understand and control the risks of multidistrict litigation.