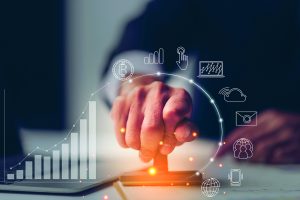 When preparing an application for orphan drug designation (ODD) in the European Union (EU), you need to consider key eligibility criteria that are different from those required by the US Food and Drug Administration (FDA). One factor is justifying the â€śsignificant benefitâ€ť (defined below) of your drug product over existing therapies for an orphan condition. Significant benefit contributes considerably in securing a successful ODD application if the correct approach is taken â€” as described in two European Medicines Agency (EMA) publications in collaboration with the Committee for Orphan Medicinal Products (COMP) (1, 2). The COMP is in charge of reviewing applications for orphan designation.

Defining â€śSignificant Benefitâ€ť
The EMA requires that three unique regulatory criteria be fulfilled by all applications for ODD status:

â€˘ The medicine must treat, prevent, or diagnose a disease that is life-threatening or chronically debilitating.
â€˘ The disease must affect no more than five in 10,000 people across the European Union.
â€˘ No satisfactory method of diagnosis, prevention, or treatment exists â€” or if such a method already exists, the medicine must be of significant benefit to those affected by the condition.

In 2020, the EMA received 235 ODD applications, of which only 149 applications received ODD status. Of those receiving approval, 64% were granted based on the value of significant benefit (3).

The term significant benefit was introduced to the regulatory environment with the European Regulation 141/2000, and it has no equivalent outside the European Union (4). The need to demonstrate significant benefit is important. Without doing so, a company could miss out on key ODD incentives set up by the EMA. An application that lacks adequate comparative data might block new products from obtaining ODD status and thus their access to patients (1).

Justifying Significant Benefit for ODD Application Success
Part of justifying the significant benefit of your product is identifying what satisfactory methods already exist. The EMA and COMP make a point about distinguishing between satisfactory and efficacious:

The EMA and COMP have identified what constitutes â€śsatisfactoryâ€ť methods of treatment (prevention or diagnosis), as follows:

â€˘ a medicine and/or method authorized for use in the European Union, in one, some, or all member states, and not a product that is used off-label or under hospital exemption â€” except medicines supplied as â€śmagistral formulasâ€ť (which are prepared by a pharmacist for a specific person).
â€˘ a medicine and/or method used for a broader patient population than the targeted orphan condition (e.g., corticosteroids or antiepileptics with broad labels).
â€˘ a nonpharmacological therapy (e.g., surgery, radiotherapy, diet) recognized as per up-to-date treatment guidelines.

Two other satisfactory methods of treatment have been identified. The first involves the use of old, unused products and newly approved products. Such a treatment method can become problematic, particularly in orphan conditions for which there are constantly new medicines and changing clinical practices. For example, many treatment options exist in oncology, but their clinical use in practice is not often standardized (e.g., treatments for multiple myeloma). The second method applies when an orphan condition is a broad disease. In such cases, medicines and methods are authorized for the treatment (or prevention or diagnosis) of symptoms rather than the disease. For example, antiseizure medication is authorized for treating specific seizure types, and thus is approved for specific conditions in which these various types of seizures occur.

The COMP expects a comparative discussion based on available data to demonstrate clearly an advantage of the proposed product over existing methods, including an improved efficacy, improved safety, or a major contribution to patient care. The EMA endorses evidence based on an applicantâ€™s nonclinical and/or clinical data showing

The consideration for claims based on major contributions to patient care (such as improved quality of life data, including a more convenient mode of administration or improved availability of the product) can be considered only assuming efficacy and safety aspects.

It is the applicantâ€™s task to capture as much accurate and up-to-date information as possible about the current standards of care across the European Union (as a whole and/or in individual member states, if there are differences). The applicant must discuss comparatively, clearly highlighting the significant benefits of the proposed product based on those data. The EMA has provided formal guidance on the information required to support the assumption of significant benefits for an orphan designation (5).

Applying for ODD in the United States
The most striking difference between applying for orphan drug status in the United States (deemed as Orphan Drug Product Designation, ODPD) and applying in the European Union is the absence of demonstrating significant benefit for drugs that target the same indication as a drug product already on the market. The US application format is more succinct in general, with emphasis placed particularly on efficacy data generated from an applicantâ€™s own studies. Like in the European Union, a manufacturer of a therapy designated as an orphan drug in the United States qualifies for specific incentives. Those include tax credits for clinical trials, exemption from user fees, and seven years of market exclusivity after approval.

The FDA approves more cancer drugs with orphan-drug designations than the EMA does â€” especially for drugs indicated for cancers defined as biomarker-based subsets of more common cancers (40% by the FDA and 10% by the EMA) (6).

Following ODD Achievement
A significant benefit must be evaluated at the time of marketing authorization (MA), when the COMP also reviews the orphan status of a drug that gained ODD. In the absence of confirmation of orphan status, including justification of significant benefit, a product still can access the market but as a nonorphan drug, losing the right to 10 years of EU market exclusivity.

To justify significant benefit at the MA stage, an applicant needs to show whether changes in clinical practice and standards of care have occurred at the time of approval. That includes demonstrating differences (if any) in the list of satisfactory methods (compared with that list at time of initial ODD).

In addition, indirect comparisons of clinical studies (instead of or in addition to direct comparisons in controlled studies) can be assessed to demonstrate significant benefit. However, comparability can be hindered by large differences in a studied population, study design, comparators, endpoints, and/or statistical considerations. Thus, for the purpose of significant benefit, the methodology must try to eliminate confounding factors. That evaluation would clarify whether the argued differences could be attributed to the interventions themselves (4).

Indeed, some drugs with ODD status might not make it to MA. Such failures occurred in 27.8% of all orphan-drug designations granted in Europe (taken from an analysis of orphan medicines in the European Union designated between 2000 and 2012), most attributed to the lack of established clinical efficacy (77% of failures) (7, 8). The highest percentage of failures were for therapies treating renal, urinary, and reproductive diseases (40%), followed by those for cardiovascular and respiratory (37.3%), dermatological (35.7%), oncologic (31.7%), gastrointestinal (31.6%), and neurological and psychotic (25.9%) diseases and diseases caused by inborn metabolism errors (24.2%) (8).

The stage of clinical development reached also represents a specific risk factor for orphan drug failures. Study design, choice of endpoint, analysis, and robustness of methodology all are important in clinical trials. With orphan drugs, such studies can be problematic for applicants. Clinical trials of orphan treatments often are limited by low patient numbers and inadequate follow-up (9). Generally, orphan drugs that complete (or reach) phase 3 have a reduced risk of failure (p < 0.01) (8).

Expert advice (protocol assistance) offered by the EMA can help with the design of clinical trials and thus the demonstration of clinical significant benefit within the scope of a designated orphan indication. Orphan medicines have a lower success rate compared with nonorphan medicines, and determinants for MA success often are related to company size and compliance with the EMAâ€™s scientific advice (4, 7). Applicants have a higher likelihood for MA success (80%) when they receive and comply with the EMAâ€™s recommendations on clinical development than do those applicants that do not comply (36%) (4, 7).

Moving Toward ODD Success
When applying for ODD status, significant benefit is a unique criterion in the EU orphan-drug regulation framework. A successful application will demonstrate a clear justification of the benefit of a product over existing satisfactory methods. For certain orphan conditions, that can be a difficult task to fulfill because of the specific meaning of â€śsatisfactory methods,â€ť particularly in the face of changing clinical practice and numerous treatment options. By contrast, the US pathway to orphan status does not require the demonstration of significant benefit.

The path to MA can be more difficult for orphan drugs than for nonorphan drugs because significant benefit must be justified if applicants in the European Union want to benefit from market exclusivity. The EMA offers expert advice on the clinical development of orphan drug products, thus offering a considerable advantage in the path toward MA of the drug product.