Separating spectroscopy from spectrometry is not as straightforward as it might seem. Spectroscopy is the science of the interactions between matter and radiated energy, and spectrometry is the technology that applies that science (1). The former generates no results on its own. It is concerned with spectra produced when matter interacts with or emits electromagnetic radiation, including all methods of producing and analyzing light spectra using spectroscopes, spectrographs, spectrometers, and spectrophotometers.

The distinction should come from the meanings of the suffixes –scope (seeing), and –meter (measuring). The first instruments used to observe spectra were only visual, so they were properly called spectroscopes. Once spectra could be recorded photographically, the related instruments were called spectrographs. They did not measure anything, however, only produced images. Instruments that make direct electronic measurements through digital technology are rightly called spectrometers. But common use and technological evolution have complicated matters. Spectrophotometry measures the intensity of light in the parts of the spectrum transmitted or emitted by particular substances. The International Union of Pure and Applied Chemistry has offered official definitions that somewhat ignore the suffix meanings but rather agree with common use (2).

In biopharmaceutical literature, we see many reported applications of mass spectometry (MS). MS measures mass using energy but not light, and I wrote about it separately in BPI Lab earlier this year (3). Methods known colloquially as “spectroscopic” involve light at various wavelengths, so they more accurately could be termed spectrophotometries. My focus here is on those methods, although technically they are all spectrometric applications of spectroscopic science. 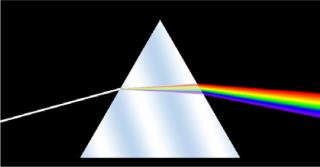 Anyone who’s ever handled glass is familiar with its ability to generate rainbows. But the history of spectroscopy began in the 17th century with optics experiments by Sir Isaac Newton in Great Britain. He first applied the word spectrum to the colors revealed when white light passes through a prism. By the 19th century, scientists had developed a wave theory of light and could make spectral measurements — noting that different sources had their own unique patterns. German optician Joseph von Fraunhofer experimented with diffraction gratings that made spectroscopy a more precise and quantitative technology. The dark bands he first identified at specific spectral wavelengths are still known as Fraunhofer lines. Later scientists working with flames and sparks showed how substances could be identified using those lines.

Official attribution of spectra to chemical elements began in 1860s Germany, where physicist Gustav Kirchhoff and chemist Robert Bunsen used spectroscopy for trace chemical analysis and identified several new chemical elements. Kirchhoff went on to define his law of thermal radiation: “For a body of any arbitrary material, emitting and absorbing thermal electromagnetic radiation at every wavelength in thermodynamic equilibrium, the ratio of its emissive power to its dimensionless coefficient of absorption is equal to a universal function only of radiative wavelength and temperature, the perfect black-body emissive power.” He applied that to describe three laws of spectroscopy:

Lasers were invented by 20th-century spectroscopists and have in turn significantly advanced their technologies. Over the past two centuries, spectroscopy has played a strong role in chemistry, biochemistry, physics, and astronomy.

Well known for its utility in raw-materials testing and contamination identification, spectroscopy has extended itself throughout bioprocess development in various spectrophotometric forms: nuclear magnetic resonance (NMR) for high-resolution three-dimensional (3-D) structural analysis and characterization of proteins and nucleic acids; Raman for in vivo time- and space-resolved study of proteins, cells, and organs (using near-infrared lasers); and UV-vis absorption for quantitative determination of proteins, contaminants, and other solution components in analytical and bioanalytical applications. FTIR can be used in many types of studies, including leachables and extractables testing of single-use technology as well as elucidating protein secondary structure, testing stability of drug formulations, studying molecular interactions, identifying contaminants, and even some live-cell analysis.

Spectroscopy in the BPI Archives at www.bioprocessintl.com

Companies championing these biophysical analysis technologies include Agilent Technologies, Cole Parmer Instrument Company, Horiba Scientific, Perkin Elmer, and Shimadzu Scientific. Many others such as EMD/Merck Millipore and SAFC provide reagents for use with their equipment.

UV-vis spectroscopy measures the attenuation of a beam of light after it passes through a sample or is reflected from a sample surface — at a single wavelength or over a spectral range around that of visible light. Ultraviolet and visible light are both energetic enough to induce electrical transitions in atoms and molecules (4). So this technique is complementary to fluorescence spectroscopy — which involves transitions from an excited to the ground state, whereas UV-vis absorption measures transitions from the ground state to an excited state.

UV-vis spectra are very useful in quantitative measurements. Using the Beer-Lambert Law (mathematically relating the absorption of light to the properties of the material through which it travels), analysts can determine the concentration of a substance in solution by measuring light absorbance at a particular wavelength.

Like mass spectrometers, UV-vis spectrophotometers are often detectors for high-performance liquid chromatographic (HPLC) instruments. Results are compared with those of standards, and they are often expressed in terms of λmax, which describes the wavelength of the most intense UV-vis absorption. Many factors can influence UV-vis results: the solvent, solution pH, temperature, electrolyte concentration, and interfering substances, as well as instrumental variations. So all those variables must be controlled or taken into consideration.

Raman spectroscopy is related to UV-vis: It involves monochromatic light typically within the near-infrared, visible, and near-UV ranges of wavelengths. It is also a form of light-scattering based on the Raman effect named for Sir Chandrasekhara Venkata Rāman. In the early 20th century, the Indian Nobel laureate discovered that when light passes through a transparent material, some is deflected (scattered) and changes in wavelength.

As sample sizes have decreased over time, applications are growing for “micro-Raman spectroscopy” (7). Combining that with microscopy enables label-free analysis of total chemical composition and brought the technique into biomedical diagnostics and research. Although it was first applied to the definition of biological molecules in the 1930s, the Raman spectroscopic technique has been underused because scientists had difficulty obtaining high-quality data and interpreting them (8). With recent improvements, interest is growing in the biopharmaceutical realm.

NMR spectroscopy exploits the magnetic properties of spinning atomic nuclei to determine the physicochemical properties of atoms and molecules. Using NMR, spectroscopy can provide detailed information about molecular structures, dynamics, reaction states, and chemical environments. However, NMR equipment is relatively expensive, so much of this work is outsourced to laboratories such as Michigan State University’s 900-MHz NMR facility in East Lansing, MI. The technique can provide molecular motion and interaction profiles important to protein function, which is critical in drug development. On the Michigan facility’s website, you can find an excellent technical description of this spectroscopic method (9) as well as information on applications and services offered.

FTIR Spectroscopy: The Fourier transform is a reversible mathematical operation used in physics and engineering to transform a time-based function into a frequency-based function. It is the basis of Fourier-transform spectroscopy, which in its various forms collects spectra by measuring the coherence of a radiative source (10). Although the transformation can be applied to many types of spectroscopic results, the FTIR technique is what’s most familiar to biopharmaceutical laboratories.

Perkin Elmer offers a library of FTIR articles and application notes on its website (10), and the Jena Library of Biological Macromolecules provides a helpful and well-referenced overview of protein secondary structure determination by FTIR on its website (11). Although protein 3-D structure can be elucidated using X-ray crystallography, not all proteins form well-ordered crystals. NMR spectroscopy works well for small proteins (~15–25 kDa); for larger ones, analysts have turned to circular dichroism (CD) and vibrational spectroscopic methods. The Jena authors point out that FTIR works with small amounts of protein in a range of solutions — making it quite attractive to companies with products in early stages of development, when very little material is available for analysis.

Dielectric spectroscopy is the newest twist (to biopharmaceutical laboratories) on this diverse and powerful analytical technique. Bend Research in Oregon uses it for automated, in situ monitoring of cell behavior (12). They’re using it to increase process understanding at cellular levels, to guide in culture media development, for monitoring cell state in large-scale bioreactors, and in implementing process-control strategies based on cell behavior.

Clearly spectroscopy is just as varied and powerful an analytical methodology as chromatography — and they are often combined for even greater results. You’ll see them both heavily reprensented at the annual Eastern Analytical Symposium and Exposition, which will be in Somerset, NJ, this November (www.eas.org). If you want to get specific about spectroscopy, then the Society for Applied Spectroscopy (www.s-a-s.org) is your go-to organization. You can find a continually updated list of events in the “Newsletter” section of the SAS website (www.s-a-s.org/newsletter/calendar). Another good source for more information and learning opportunities is the GR Harrison Spectroscopy Laboratory at the Massachusetts Institute of Technology (http://web.mit.edu/spectroscopy/index.html). And several vendors involved in the technology offer seminars and informat
ion online.