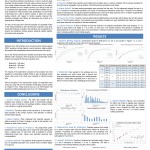 In the biopharmaceutical industry ever increasing monoclonal antibody titers in cell culture have necessitated discovery of more efficient Protein A capture operations, realized in terms of higher binding capacity, faster throughput, increased resin lifetime, and decreased cost of goods. Recent changes in the Protein A intellectual property landscape have invited new competitors to enter this market. Given the increased availability of new Protein A technology, Biogen Idec has evaluated a prototype resin being developed by JSR Life Sciences known as Amsphere Protein A. Characterization studies included elucidation of binding capacities, both dynamic and at equilibrium, ability to clear impurities, alkaline tolerance, pressure-flow profiles, and scale up-modeling. Each series of experiments was performed using three molecules, chosen for structural diversity, on both the prototype and one of two related commercially available Protein A resins that served as controls. Of the molecules chosen, two were class 1 immunoglobulins, each possessing different pI values, and one an Fc-fusion protein. Through this study it was determined that Amsphere Protein A possesses similar, if not superior, technical capabilities as the control resins.