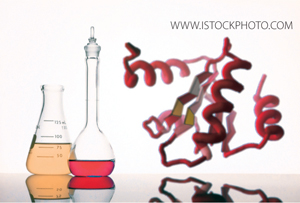 The Biologics Price Competition and Innovation (BPCI) Act of 2009 establishes an abbreviated approval pathway for biologic drugs in the United States that are demonstrated to be highly similar (biosimilar) to or interchangeable with biological products licensed by the US Food and Drug Administration (FDA). BPCI was part of the Patient Protection and Affordable Care Act (Act) that was signed into law on 23 March 2010 (1). As the name of the umbrella legislation implies, the legislative push for a regulatory pathway for biologic drugs is management and containment of rising healthcare costs (2).

Costs associated with manufacturing, product complexity, superior safety, and efficacy profiles all contribute to the high cost of biologic drugs (2,3). One report estimates a total savings of more than $71 billion over a 10-year period for generic biologics in only four therapeutic categories: interferons for multiple sclerosis, erythropoietin for anemia, growth hormone to support growth, and insulin for diabetes (2). Estimated savings and expiration of patents protecting first-generation biological drugs (biologics worth an estimated $10 billion lost their patent at the end of 2010) signaled that the time was right for enactment of this key legislation (2,4,5).

The United States is not the first country to craft a regulatory pathway for generic biologics. The European Medicines Agency (EMA), the European equivalent to the FDA, and its Committee for Medicinal Products for Human Use (CHMP) has an approval scheme for biosimilar products (6). China’s drug authorities also have an approved pathway for biogeneric drugs (7). By contrast, India does not have a formal biogeneric pathway but rather regulates generic biologicals under an apparent one-size-fits-all approval process (7).

To answer the question of whether in view of the global economy, the United StatesŌĆÖ recently enacted legislation supports domestic manufacture of biological products, several key provisions of various regulatory pathways were reviewed and compared, such as the exclusivity periods for innovator products and the preclinical and clinical data required for approval of biosimilars. Also of importance are the procedures and costs of challenging patents on the innovator product. However, a review and analysis of this aspect of bringing a generic biologic to market is beyond the scope of this article. Review and comparison of the US biosimilar legislation and the regulatory pathway for generic small-molecule drugs has been published (8).

Generic Biologics Are Not Generic Drugs

Generic biologics are complex and heterogeneous and therefore, unlike traditional small-molecule drugs (chemical compounds), they cannot be replicated precisely. They are manufactured in living systems, either in prokaryotic organisms such as Escherichia coli or in eukaryotic cells such as mammalian cell culture. The system in which a biologic is produced as well as its culture conditions can affect a biologic’s pharmacokinetics. For example, the glycosylation pattern of a protein can alter serum half-life and immunogenicity (2,9,10). So, a focus of the approval process for a biosimilar is establishing the degree of similarity among original, innovator biologic, and imitator biologic or biosimilar.

Two key provisions of the act serve to seek a balance between innovatorsŌĆÖ need for return on investment for first bringing complex products to market and consumersŌĆÖ need for less expensive alternatives without comprising safety and efficacy of biosimilars (3). The act provides for two exclusivity periods that are independent of patent protection: market exclusivity and data exclusivity. It provides a 12-year market exclusivity period from the date of licensure of a reference product under which the FDA cannot approve a generic biological product.

Data exclusivity is the time period after the approval of an innovator’s product during which the FDA may not approve a follow-on biologic product relying on any degree on the safety and effectiveness of the innovator product. Under the data exclusivity provision, the FDA will not accept an application for a biosimilar of a licensed product during the first four years of the 12-year market exclusivity period.

Each of the 12-year market exclusivity period and the four-year ban on acceptance of applications for a biosimilar can be extended for an additional six months for biologics that treat pediatric populations. If a reference product was approved as an orphan drug, then licensure of a biosimilar may occur after the later of the expiration of any applicable seven-year orphan drug exclusivity or the 12-year market exclusivity. Each of these periods can be extended by an additional six months for biologicals that treat pediatric patients.

A biosimilar applicant must establish ŌĆ£biosimilarityŌĆØ using several methods: analytical studies showing that its product is highly similar to a reference despite differences in clinically inactive components, animal studies (including the assessment of toxicity), and clinical studies sufficient to demonstrate ŌĆ£safety, purity, and potency in one or more appropriate conditions for use that parallel an approved use of the reference product. Although the FDA has discretion to waive any one or more of the above, it cannot waive:

Europe was the initial target for most companies developing biosimilars for a regulated market and mostly by large generic or specialty pharmaceutical companies. The European pathway does not distinguish between biosimilars and interchangeable generic biologics. In Europe, a biosimilar is any product that is highly similar notwithstanding minor differe
nces in clinically inactive components and where there are no clinically meaningful differences in terms of safety, purity, and potency. The burden to establish differences falls on biosimilar applicants (11).

The European act provides 10 years of market exclusivity and eight years of data exclusivity. Approval of a biosimilar is granted case by case in a process that typically includes clinical trials. Safety data are needed as well as postmarketing pharmacovigilance data. Postmarketing pharmacovigilance requires that biosimilar products undergo the same postmarketing monitoring procedures as reference products so as to monitor shifts in product safety and efficacy (EMA is currently seeking comments on this provision) (12).

The registration of generic biologicals is monitored by China’s State Food and Drug Administration (SFDA). Unlike the laws in Europe and the United States, which focus on the degree of similarity between a biosimilar and an innovator product, China’s biosimilar law narrowly defines a biologic that is already admitted by the national drug standard, as prescribed by Annex III of the China Drug Registration Regulation. A biosimlar product must be registered and approved as a new biological product regardless of whether it imitates a drug already on the market in China, as prescribed by Rule 12 of the regulation (13).

There is little information on the exact approval process for a Chinese biosimilar, and the SFDA appears to have broad discretion to abbreviate the clinical approval process as compared to approval of ŌĆ£newŌĆØ biologics (7).

India’s regulatory pathway is not the result of a single proposed legislative reform, but rather an application of the Drugs and Cosmetics Act and Rules (DCA) of the 1940s (7). Although India has no single regulatory authority, the Central Drugs Standard Control Organization, headed by the Drug Controller General appears to have primary authority. Approval from a number of agencies is likely, however (7).

The DCA does not contain a defined category for biosimilars, so it defines a biosimilar as a product that is not ŌĆ£new.ŌĆØ Any product that has not been on the market for more than four years is considered ŌĆ£newŌĆØ as is any imitator that modifies a ŌĆ£claimŌĆØ such as dosage form (7).

India does not appear to provide for market or data exclusivity of its innovator products. But by default, if the innovator product has not been on the market for more than four years, it must be registered as a ŌĆ£newŌĆØ product. For those biologics that are not new, the clinical process is abbreviated. For example, whereas a biosafety date must be demonstrated in a clinical setting, only phase 3 confirmatory trials with sufficient demonstration of bioequivalence are required. An export license must be obtained for any biosimilar manufactured for export before it is sold abroad (7).

Market and data exclusivity are considered necessary to preserve incentives for research, development, manufacture, and approval of new biologic therapies. The Biotechnology Industry Organization (BIO) advocates that such exclusivities are neeeded because a biosimilar manufacturer can use an innovator’s data to obtain an abbreviated regulatory approval and because it is believed that patents will not be as effective to protect the innovator’s market share. The organization argues that patents protecting biological products are typically narrower or easier to design around (3).

Thus, it is not surprising that biosimilar regulation in Europe and the United States (with entrepreneurial and established biopharmaceutical industries) contain the most robust market and data exclusivity periods. Indeed, in view of the exclusivity periods provided to innovators and where patent protection is no barrier to market entry, some manufacturers may consider seeking approval of their imitator biologic not as a biosimilar but as a new biologic product.

ŌĆ£BiobettersŌĆØ would contain similar active ingredients (e.g., an antibody that targets the same protein as a product already on the market) but with enhanced bioavailability or reduced immunogenicity. Because its active ingredient is so similar to an already marketed product, a biobetter may not be subject to protection by a patent. Patents are granted only to products that are shown to be a significant advance over technology already known to the public. Biobetters may not meet that standard.

Provided that the market is sufficiently large to warrant full-blown clinical trials, the European and United StatesŌĆÖ regulatory pathways could still encourage medical advancement through the development of innovator products that are biologically similar to a previously marketed product rather than approval through an abbreviated pathway.

China and India, being less invested in the development of domestic innovator drugs, have relatively short (China) or no (India) market and data exclusivity provisions to protect innovatorsŌĆÖ investment. Thus, provided that a company can navigate the regulatory uncertainty of the systems in China and India, biosimilar manufacture is supported by these countriesŌĆÖ regulatory systems.

There is no doubt that biosimilars are part of the future of the pharmaceutical industry. Their worldwide market is expected to grow to 3.7 billion by 2015, from just $243 million in 2010 (13). Teva, Sandoz, and Hospira, already immersed in the generic market, have signaled that biosimilars are a priority for growth, as has Merck, which is seen as a newcomer to the biogeneric market (14). Recently, Merck signed a deal worth up to $720 million with Hanwha, a South Korean chemical company, for Hanwha’s rights to its copy of Amgen’s arthritis drug Enbrel (15). In early 2011, Samsung set up a biosimilars joint venture with pharmaceutical services provider Quintiles to create a contract manufacturer for biotech drugs (16). According to Thomson Reuters Newport Premium, 2011 is on track to be a record year for partnering (16).

Author Details
Antoinette F. Konski is a partner with Foley & Lardner LLP and a member of the Chemical, Biotechnology & Pharmaceutical Practice and the Life Sciences, Nanotechnology and Stem Cell Industry Teams; 650-251-1129, akonski@foley.com.