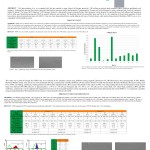 The Quantum Cell Expansion System is a functionally closed and automated hollow-fiber bioreactor system that is designed to expand both adherent and suspension cells in a reproducible manner. The hollow-fiber membrane requires a coating agent to help facilitate cellular adherence when culturing an adherent cell type such as MSCs. Pooled human cryoprecipitate (CPPT, Bonfils Blood Center) was examined as an alternative to FN because it is a rich source of extracellular matrix components, including fibrinogen (Freedman, 2010), and also because it was previously shown to help aid cellular adherence in tissue culture flasks (Nikolaychik, 1994). The first examination was a direct comparison of cell expansion when with 5 mg FN coat and a single donor equivalent from a pooled donor CPPT product, followed by an examination of different CPPT volumes needed to expand precultured MSC or bone marrow-derived MSC. Direct comparisons of FN and CPPT showed no statistical difference (p-value 0.3125) while still maintaining clinical-scale cell harvests in precultured expansions. Volumes as low as 1/100 of a single donor equivalent in a pooled donor CPPT were used and demonstrated minimal variation between clinical scale harvests with a standard deviation of less than or equal to 2.8 hours in doubling time. The Quantum system-cultured MSCs met all typical MSC characteristics according to the position paper from the International Society for Cellular Therapy (ISCT) (Dominici, 2006) with regard to morphology, phenotype and differentiation, with the exception of bone marrow-derived MSCs due to cells of non-interest that are no longer seen in subsequent passages, and all cell harvests were over 76% viable as quantified by 7AAD flow cytometry.