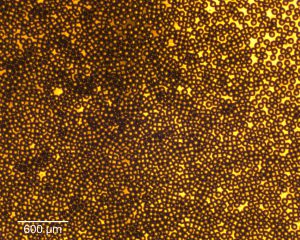 Accelerating cell growth has become a primary issue, as shown in the cover by Particle Works, which develops alginate and agarose hydrogel beads for three-dimensional cell culture growth. (WWW.PARTICLE-WORKS.COM)

It’s hard to believe that just six years ago, BioProcess International published its first cell therapy supplement, which included just one article on “cell therapy bioprocessing” (1). At the time, most such processing was conducted in special clinical laboratories and academic institutions. As BPI continued to cover this relatively new segment of the biopharmaceutical industry, we heard more about “the product is the process” and “scale out instead of scaling up.”

After many trials, errors, and milestones, regenerative medicine has become a mainstream part of the biologics industry, supported by at least 670 companies and clinics of all sizes and 20 products approved by the US Food and Drug Administration so far (2). As the following article from Swapna Supekar shows, markets for all segments of regenerative medicine are growing quickly and projected to extend well into the next decade.

Increased industrialized processing launches new process choices and potential difficulties. Such issues used to be topics of yearly conference tracks and keynote addresses. But now they are enough to make up entirely separate meetings. The Biotech Week Boston (BWB) conference (held 4–7 October 2016) featured presentations devoted to innovations, tools, and commercialization issues of cell and gene therapies, a few of which are presented herein. Although this report is not comprehensive, each article represents one or more major issues cell, tissue, or gene therapies. Specifically, the authors address the industry’s need for fast scale-up for cell production, efficient purification of viral vectors for gene therapy, and further development in biofabrication (bioprinting). For the past six years, BPI has covered similar topics, so we encourage you to check our archives.