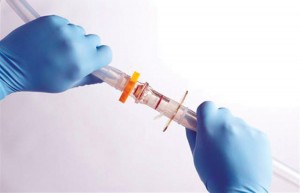 Single-use equipment vendors are failing to meet their biomanufacturing customersâ€™ expectations in several key areas, according to BioPlan Associatesâ€™ 11th Annual Report and Survey of Biopharmaceutical Manufacturing Capacity and Production (1). The study â€” based on a global survey of 238 global biomanufacturers and contract manufacturing organizations, as well as 158 vendors and suppliers in 30 countries â€” identifies significant gaps between the perceived importance of key vendor attributes and companiesâ€™ satisfaction with their vendors regarding those attributes. 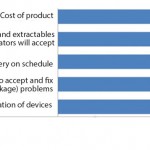 standardization (Figure 1). Despite three-quarters of survey respondents indicating standardization to be “very important” or “important,” only 28% reported being “very satisfied” or “satisfied” with their vendors on this attribute. That 47% point gap between importance and satisfaction was one of the largest we measured. By comparison, there was only a 26% point gap between importance and satisfaction when it came to the quality of single-use products. If suppliers are to continue to grow this important market segment, they will need to address their customersâ€™ needs for better standardization, including connectivity, materials, and compatibility to integrate with different systems.

On an encouraging note, despite the level of dissatisfaction, this trend may be changing. The percentage of respondents who are satisfied with the device standardization in recent years has improved. Although the percentage is still low, this yearâ€™s 28% reporting satisfaction is up from 21% a couple of years ago.

What Do Users Want to Standardize?

Single-use standardization is becoming a more important subject for vendors to consider because the increased acceptance of single-use devices is accelerating demand for greater standardization. As part of our study, we asked survey respondents to identify areas in which they want or expect vendors to more actively standardize their device (Figure 2). Some findings include the following:

â€¢ Characteristics testing standardization (approved and well-referenced methods) is “very important” or “important,” according to to 93% of survey respondents.

â€¢ Materials standardization (e.g., what components are made of â€” such as resins) is important to 90% of respondents, up from 83% last year.

â€¢ Connector compatibility (interchangeability) is important to 88% of respondents, up from 85% last year.

End users also are considering some of those issues as becoming more critical than in previous years. For example, more than six in 10 now report that materials are a “very important” factor that suppliers need to work toward standardizing (up from 50% last year). And the percentage of users who believe that itâ€™s very important for vendors to standardize connector compatibility has this year crossed the majority threshold. 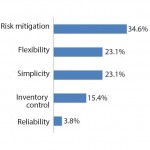 Standardization of Connectors: A Not-So-Simple Choice
As our study results attest, there is a strong desire among end users for connector standardization, with this now a very important topic for a majority of end-users. Connectors provide the ability to interconnect what has become an array of different single-use components and vendor devices, so they have a central role in the further expansion of the single-use market.

One example is provided by Pallâ€™s KleenPak gendered connectors (photo above). These devices come in a variety of sizes, have a maximum operating temperature of 40 Â°C, and can be gamma sterilized or autoclaved. Pall was one of the first companies to market in the connector industry, advancing the market by way of its half-inch connector that significantly shortened connection time.

To further evaluate the industryâ€™s attitudes to connector standardization, BioPlan Associates conducted a targeted survey of qualified users, with some intriguing results. This survey asked 26 users to assess their preference for gendered or genderless connectors. Genderless connectors tend to be viewed as less complicated because both connector ends are the same. As a result, such devices often require less inventory than their gendered counterparts, which are perceived as being slightly less straightforward in use but with a lower risk of incorrect connection.

A significant majority (73%) of respondents indicated a preference for genderless sterile connectors for their clinical-scale and larger bioprocessing. This result â€” on the surface â€” would indicate a fairly simple preference in the binary choice. But a further investigation of usersâ€™ attitudes suggests more ambiguity in that preference.

A follow-up open-ended question asked respondents to comment on their choice. Sorting those responses into broad categories revealed that although flexibility, simplicity, and inventory control are each key considerations, the single largest consideration was risk mitigation. And the majority of respondents citing this consideration preferred gendered over genderless connectors.

In other words, although survey respondents would prefer to deal with simpler genderless connectors that require less inventory, their single largest consideration is for risk mitigation â€” with higher risk being mostly associated with gendered connectors. So the choice between gendered and genderless is in fact a complicated one.

Representative comments offered by respondents offer further insights into their attitudes. Some comments from those who favored gendered connectors include the following:

Some survey respondents in favor of genderless connectors said the following:

Although end users clearly have a desire for standardized single-use applications, there probably isnâ€™t a good deal of motivation from vendors or regulatory agencies. For end users, standardized testing methods, for example, would allow better comparisons and fault-finding among diverse products.

The US Food and Drug Administration (US FDA) and other major regulatory agencies have not weighed in on issues relating to single-use systems standardization. From regulatorsâ€™ perspectives, standardization is an activity that they have no mandate or budget for. In the big picture, this is an industry niche, such that legislative or other mandates appear unlikely.

Vendors agreeing to move forward with standardization face significant impediments. The very act of setting one or a few standards means that certain vendors would need to adapt their product lines, potentially losing shares of markets theyâ€™ve developed, along with any commercial or technical advantages they have developed. Vendors also likely recognize that setting standards in rapidly advancing technologies can stunt the pace of innovation. That would further dissatisfy end users who are demanding innovation in several single-use areas.

In our 11th annual study, for example, disposable products occupied four of the top six new product development areas on which biomanufacturers and CMOs want their suppliers to focus their development efforts. Indeed, disposable applications such as single-use probes, sensors, bioreactors, and connectors are atop the list of innovation demands year after year.

Even against such headwinds, single-use standardization may prove to be inevitable over the long term because it will enable further market penetration of single-use products. It may be difficult, but making changes may be necessary. As one director of technology at a large biopharmaceutical company noted: “for SUS to be truly universal, suppliers must control variability in their resin supply and fabrication process. Suppliers could be more effective by joining together and controlling the variability at the source â€” the resin manufacturers.”

If suppliers and/or associated standard-setting agencies can develop more and better methods for standardizing single-use devices, it would enable also more use of secondary suppliers. Having needed equipment available from only one source has long been recognized as an undesirable situation for bioprocessing equipment users, with backup sources generally needed.

So although it may involve some tough financial decisions in the short-term for suppliers, standardization appears to be necessary to the continued development of the single-use market. With regulatory bodies slow to give priority to these issues, it may be vendor participation and end-user demand that spurs this effort forward.