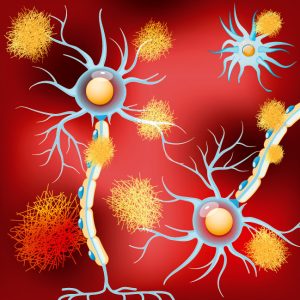 Even more so than cancer, Alzheimerâ€™s disease is one disease that many people fear greatly. The thought of falling prey to the inevitable desecration of our own minds is something that makes even the bravest among us shudder. If weâ€™re robbed of our sense of who we really are, we imagine, then we are doomed to live our last days without the dignity that defines us and that we hold most dear. The ultimate horror of the condition is that it is as indiscriminate, merciless, and devastating as a wind-swept wildfire.

So it is not surprising that a disease-modifying treatment for the condition has become a Holy Grail of sorts in the biotechnology industry. Alzheimerâ€™s disease casts a shadow over many families. It seems that everyone is touched by it in one way or another. And it exacts a devastating financial toll on society, with Alzheimerâ€™s patients needing around-the-clock care for an average of eight years. Some suffer for as long as 20 years.

The estimated cost for caring for Americans with Alzheimerâ€™s and other dementias is well over a quarter of a trillion US dollars per year (1). And that figure doesnâ€™t include unpaid caregiving. Alzheimerâ€™s disease is ranked as the third leading cause of death of seniors in the United States, surpassed only by heart disease and cancer. Some six million Americans have become victims of the disease, a number that rises each year as lifespans increase with advancements in medical science.

Such unnerving considerations help explain why the capital markets are willing to rally behind companies with Alzheimerâ€™s drug therapies in development. Investors react especially generously to positive clinical data from human clinical trials. Recently, several companies in this sector have seen their share prices surge higher.

This article first appeared in an eBook in February 2020. Click here to read it in its entirety: Peptide Therapies: Small Biomolecules Address Big Health Problems.

4 Jefferson RS. New Alzheimer Treatment Could â€śTake the Breaks off the Bodyâ€™s Repair Systems,â€ť Allowing It to Repair Itself. Forbes 30 October 2019; https://www.forbes.com/sites/robinseatonjefferson/2019/10/30/new-alzheimer-treatment-could-take-the-brakes-off-the-bodys-repair-systems-allowing-it-to-repair-itself/#2c3e05a014a9.