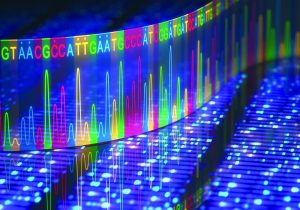 In earlier issues of BPI we published a few “Elucidation” closers that we called “Defining Moments.” Since then, we have tried to distinguish key confusable terms from one another. Those presented (and sometimes “elucidated”) have been analytical and bioanalytical, spectroscopy and spectrometry, and biosimilars and biobetters. They are just a few of the many confusable terms in the biopharmaceutical industry. For example, when someone says “drug delivery,” a formulator will think of a syringe or transdermal patch, but a logistics expert will think of packaging or a truck. 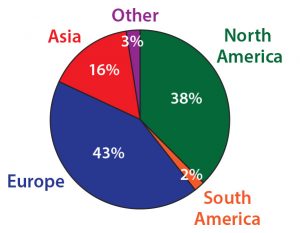 Figure 1: Most survey participants reside and work in Europe or North America.

The term biopharmaceutical itself was coined more to distinguish that category of recombinant large biomolecules from what was then the more familiar “classical” or small-molecule drugs — those chemically synthesized drug substances that can be delivered mainly through oral formulations. In fact, the word biopharmaceutical was coined to describe an industry in the making even before there was much of an industry in the first place. 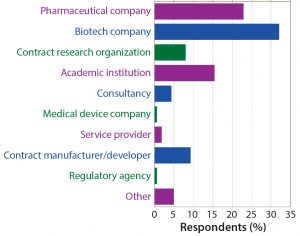 Figure 2: What type of organization best describes your employer? More than half of survey participants work for either a biotech or pharmaceutical company, and nearly 20% work for a contract organization (research or manufacturing).

Even back in the early 1990s (before BPI), the term was used to define a revolutionary manufacturing paradigm before that truly was yet “a thing.” At that point, as the editors of BioPharm, we narrowed in scope the application of the term to exclude other biological entities (biologics) used both as raw materials in drug development/manufacturing and more directly as active pharmaceutical ingredients (APIs) themselves: e.g., hormones, blood products, and synthesizable peptides. Insulin was the smallest actual biopharmaceutical that first magazine focused on the industry dealt with. Everything else was considered to be a “pharmaceutical” and thus the purvue of Pharmaceutical Technology instead. 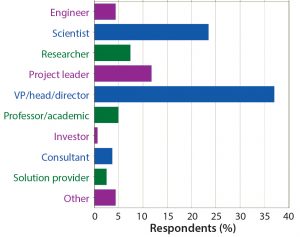 Figure 3: Which of the following best describes your job function? The top three job functions were vice president/director, scientist, and project leader.

Definitions evolve. As the industry BPI covers has grown and its proponents have become more adept at manufacturing biologics at large scale, some applied definitions may include or exclude entire categories of products and processes depending (often) on marketing positions from company to company. Author Ron Rader (BioPlan Associates) presented this conundrum in a two-article series for BPI back in 2007, a portion of which is worth citing herein. He was writing about industry terminology as he prepared to distinguish biosimilars from generics (and biogenerics):

Biopharmaceutical terminology has faced a certain degree of chaos and anarchy for years. In fact, the word biopharmaceutical itself continues to be subject to a wide variety of views, paradigms, and definitions, whether in relation to products, technologies, companies, or the industry. . . . The predominant definition (the “broad biotech” view) within the US industry is that biopharmaceutical refers to pharmaceuticals that are inherently biological in nature due to their manufacture using live organisms (biotechnology). The “new biotechnology” view, more common in Europe, restricts the term to genetically engineered products (recombinant proteins and monoclonal antibodies).

Many people — including much of the popular and financial press, some companies, and even major trade associations — ignore the products’ biological nature and use of biotechnology to concentrate instead on business models. The “biotech business” view therefore often considers biopharmaceutical products (and companies, and industry) as those involving anything at all pharmaceutical (including small-molecule drugs) associated with smaller, “biotech-like” companies or those that seem to be or would like to be portrayed as “high-tech.” [See this month’s “BioProcess Insider” section for more discussion.] The “pharma business” view simply considers all pharmaceuticals (and companies and industry) now to be biopharmaceuticals. With no international consensus on biopharmaceutical itself, and with the related products so complex, it is easy to see why discussions of what is or isn’t a “generic biopharmaceutical” are difficult to undertake. (1) 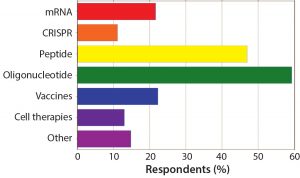 Figure 4: What types of therapeutics does your company focus on?

The influence of business models and marketing goals on this definition also factors into another explanation:

Biopharmaceuticals are medical drugs produced using biotechnology. They are proteins (including antibodies), nucleic acids (DNA, RNA, or antisense oligonucleotides) used for therapeutic or in vivo diagnostic purposes, and are produced by means other than direct extraction from a native (nonengineered) biological source.

The first such substance approved for therapeutic use was recombinant human insulin (rHI, trade name Humulin), which was developed by Genentech and then marketed by Eli Lily beginning in 1982. Since then, the large majority of drug products rightly known as biopharmaceuticals have API drug substances that are derived from life forms. Few scientists or other experts in the industry regard small-molecule drugs to be “biopharmaceutical” in nature. However, members of the press and the business and financial community often extend the definition to include drug substances that are not created through any form of biotechnology — but that may have involved it somehow in their discovery processes. The term has become an oft-used buzzword for a variety of different companies producing new and apparently “high-tech” pharmaceutical products. (2). 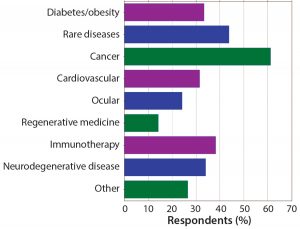 Figure 5: Which indications does your company focus on? Targeted cancer therapies continue to be the dominant areas of research and development. Rare diseases and immunotherapies also are strong areas of focus for companies working in peptides and oligonucleotides.

In short, if you depend only on Internet searches for such definitions, you will find many confusing crossovers muddying the waters. In fact, with work increasing toward commercializing regenerative medicines, explorations into combination therapies, creation of companion diagnostics, production of antibody–drug conjugates and recombinant vaccines, what one person or company considers to be “pharma” and another company “bio” often appear to encroach ever more into one another’s “territories.” 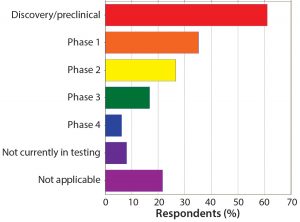 Figure 6: Your peptide/oligonucleotide projects are in what development phase? More campaigns are in early trial or discovery/ preclinical stages than in all other phases combined.

In keeping with our process-development focus, BPI’s definition has from the start rested in methods of manufacturing proteins, peptides, and nucleic acids through bioprocessing — it’s right there in the name of the publication. Note that more peptides and oligonucleotides are synthesized than expressed by recombinant cells (3). And of course, when we hear talk about the potential for “cell-free protein synthesis,” we can’t help being a bit skeptical. But BPI will cross that bridge when it appears in the road before us. For now, all signs suggest that cell culture will remain the center of the BPI universe. 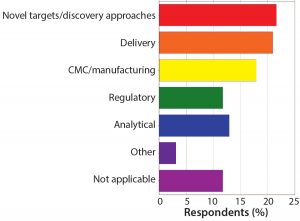 Figure 7: What is the biggest challenge you are currently facing in novel therapeutics?

Changing Times and ‘Tides
We are revisiting these definitions, even so, because BPI is once again looking into a topic that’s been peripheral to our interest since our 2003 founding: the relationship of our KNect365 colleagues’ “TIDES: Oligonucleotide and Peptide Therapeutics” conference series to BPI’s interests. The data presented herein come from a report published last month by the conference organizers based on a survey of their attendees and editorially 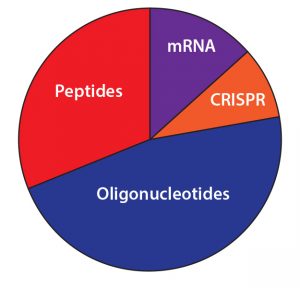 Figure 8: Which product modality has the most opportunity for commercial success and growth?

focused on their specific interests (see the “Oligo and Peptide Therapeutics” box). As a market survey, it should be of interest to many BPI readers. As one editorial advisor told us, “Oligos and peptides are still cornerstone tools to the larger biotherapeutic market. As the therapeutic understanding has continued to improve, the potential for them to consistently become stand-alone has continued to climb as well.” 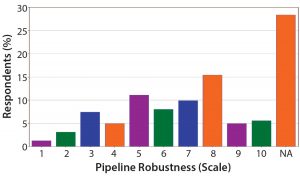 Figure 9: What is your biggest challenge in discovery/preclinical? The move from preclinical to clinical remains one of the major obstacles in oligonucleotide and peptide development.

From BPI’s perspective, nucleotides and peptides can be synthesized as drug substances and have limited use in biopharmaceutical development — so we have not dealt with them much in our pages. But they are biomolecules in themselves even if they aren’t typically produced in fermentors/bioreactors. Because of our bioprocess focus, we confine our interest to products that are not synthesized, but rather made by living organisms. 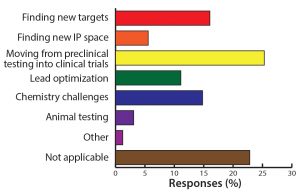 Figure 10: On a scale of 1–10 how robust is your current oligonucleotide and/or peptide pipeline?

So the TIDES conference presentations generally are peripheral to BPI as a publication, even though many of the presenters come from companies with familiar names to us: e.g., AstraZeneca, Biogen, GlaxoSmithKline, Janssen, and Roche. So the audiences are intrinsically related, even if they don’t often find common ground.

Figure 11: Does your company manufacture internally or externally (through a CDMO or partner)?

Peptides and nucleotides are biomolecules, and they face similar development and manufacturing issues as drug products to those of proteins (delivery challenges, stability, and so on). Even if their production and downstream processing are arguably simpler, they do require similar analytics and characterization methodologies. That is, ’tide product developers tend to work in biochemistry rather than the organic chemistry of their classical small-molecule counterparts. 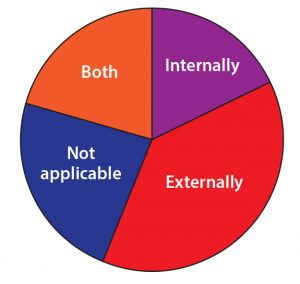 Figure 12: On a scale of 1–10, how well equipped is current manufacturing capacity to satisfy demand in the industry for oligonucleotides/peptides?

BPI Wonders . . . Some of these questions were addressed in the survey reported on in the graphic elements of this report. Others are more exclusive to a BPI perspective — and we would love to hear your thoughts! 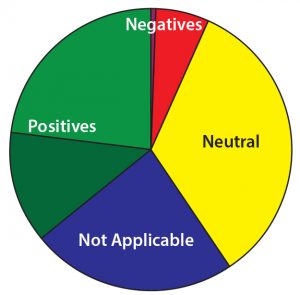 Figure 14: What impact have regulatory agencies had on your company’s success in the field?

The State of the Industry
The oligonucleotide and peptide therapeutics industry is at an interesting stage, with both opportunities and challenges related to therapeutic discovery, clinical trials, manufacturing, drug delivery, regulations, and business acquisitions. The survey we report on here by KNect365 Life Sciences was one of the biggest surveys of its kind across professionals from pharmaceutical and biotechnology companies, service providers, contract development and manufacturing organizations (CDMOs), academia, and regulators around the world. Based on 162 focused responses, this report reveals unique insights into how industry insiders view the state of oligos and peptides in 2018: the hottest potential opportunities, the biggest challenges, and how companies are tackling both. 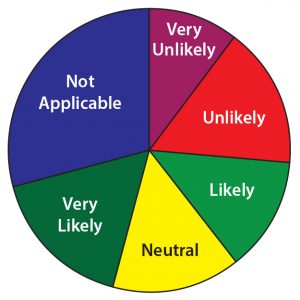 Figure 15: In the next two years how likely is it that your company will submit a marketing application for a peptide or oligonucleotide product currently in your pipeline?

To introduce the report, Dan Stanton, editor of BioProcess Insider, explores some key takeaways for the industry in the “Oligos and Peptides” box. As you peruse the graphics presented here, keep in mind that BPI wants to know how these topics fit into your work and whether you feel that we should address them more specifically in acquired manuscripts. Additional questions in the “BPI Wonders” box might stimulate some trains of thought.

If you’d like to add your insights to these topics, either by email or in manuscript form, please contact editor in chief Anne Montgomery at amontgomery@bioprocessintl.com. 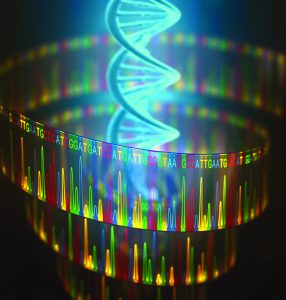