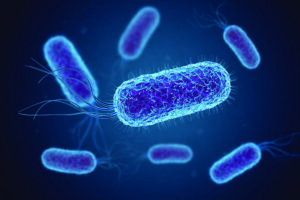 Over the past 20 years, the biopharmaceutical industry has made significant advancements in the way that biopharmaceuticals are produced. That principally has been driven by innovative new therapies and demands for greater availability of affordable biotherapeutics. Although the industry has made numerous performance improvements from cell line development and protein expression to bioseparations, downstream processing has presented the industry with its greatest obstacles.

For efficient processing and improved yields, step yields should be high (preferably >95%), and the number of unit operations should be limited, with no more than three chromatographic steps ideally. A purified product also must be of sufficient quality and purity to satisfy regulatory requirements. Given the amount of investment required to develop such a process, it is advantageous if it can be applied to different products that share common characteristics. That has given rise to platform bioprocesses, most notably used for the purification of monoclonal antibodies (MAbs) and fusion proteins. Albumin fusion proteins can be captured and purified by means of their albumin component using AlbuPure albumin-specific affinity adsorbent (developed by Astrea Bioseparations in collaboration with Albumedix). However, the rapid evolution of new biotherapies means that new purification products and processes are needed to address the unique purification requirements of new biotherapeutics.

Affinity Chromatography
Twenty years ago, affinity chromatography in bioprocessing was synonymous with protein A affinity chromatography. The advent of protein A affinity adsorbents ushered in a new approach to MAb purification, and such materials have fundamentally shaped current approaches to antibody purification and downstream processing. In a single unit operation, protein A affinity chromatography can selectively capture and significantly concentrate an antibody target while it removes most impurities. Thus, it improves overall processing times, yields, and costs. Over time, the same approach has been applied using different ligands targeting a large array of biomolecules and biotherapeutic modalities. Today, affinity chromatography is the preferred approach for primary capture and purification of different proteins (e.g., antibody fragments, multispecific antibodies, fusion proteins, enzymes, and plasma proteins), nucleic acids, viral vectors, and exosomes. The technique also is used for targeted capture and separation of difficult-to-remove impurities such as endotoxins. Astrea Bioseparationsâ€™s EtoxiClear adsorbent is used for polishing and removing bound endotoxins, particularly for products expressed in Escherichia coli.

Techniques for rapid identification and development of affinity ligands have enabled widespread application of affinity chromatography for biotherapeutic manufacturing. Historically, when affinity adsorbents were used in downstream processing, antibodies sometimes were used as affinity ligands. The high cost and relatively low stability of large protein ligands such as antibodies (particularly those resistant to repetitive sanitization cycles with sodium hydroxide) posed problems that have been solved largely by the development of smaller, more robust polypeptide ligands, synthetic chemical ligands, and associated methods for high-throughput screening and ligand selection. Such approaches have enabled rapid development of affinity adsorbents that can be directed to nearly all biological targets. When Astrea Bioseparations first offered its custom ligand-discovery and adsorbent-development services over 20 years ago, the company took a new and largely unproven approach. Today, the development of custom affinity adsorbents is commonplace, and more than 21 Astrea Bioseparations adsorbents have been incorporated into processes regulated by the US Food and Drug Administration (FDA) and European Medicines Agency (EMA). 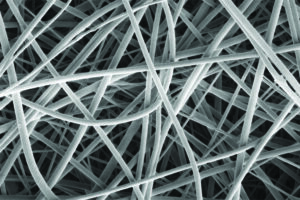 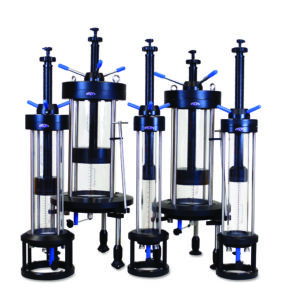 Prepacked Chromatography Columns
Another significant change over the past 20 years has been the increasing use of prepacked columns in bioprocessing. Prepacked, ready-to-use chromatography columns provide users with multiple benefits, especially time savings from eliminating the need for column packing and for developing and validating packing procedures. Astrea Bioseparations has developed a range of chromatography columns, both user-packed and prepacked. Those include medium-pressure glass columns (SNAP brand); repackable Evolve columns (now available in diameters up to 60 cm); and EvolveD, EvolveS, and EvolveR prepacked columns. With Evolve columns, users can replace a wetted pathway with a column-refresh kit. So the same chromatography columns can be implemented for different processes and products without the risk of cross-contamination and associated column cleaning concerns. That approach could enable companies, particularly contract development and manufacturing organizations (CDMOs), to reduce total column inventories.

As the field advances, demands for chromatographic support performance have increased dramatically. Significant improvements have been made to existing technologies such as Astrea Bioseparationsâ€™s PuraBead adsorbent, which consists of innovative monodisperse agarose beads and uses advanced crosslinking chemistry to facilitate high flow rates and low backpressures. However, the quest for higher capacities, reduced processing times, and increased productivity has all but necessitated a strong technological advancement in purification. That is particularly true for larger molecules such as plasmids, viral vectors, and exosomes. In such cases, requirements for increased porosity and surface accessibility, combined with high surface area and sufficient mechanical strength, present difficulties. To address those needs, Astrea Bioseparations is developing a new line of purification products based on a revolutionary, state-of-the-art nanofiber membrane.

Nanofiber Membrane Technology
Nanofiber membranes do not possess conventional pores that a biomolecule must navigate to reach an active binding surface. Instead, nonporous hydrophilic fibers measuring a few hundred nanometers in diameter can be fashioned into a nonwoven mat (membrane) with extremely high surface areas. Because of the absence of diffusive pores, binding to a fiber surface is almost instantaneous, thus enabling both high capacities (>200 mg/mL membrane volume) and short residence times. Residence times in nanofiber membranes can be as short as one second, whereas residence times for conventional techniques are measured in minutes. A combination of high capacity and short residence time means that relatively large volumes of feedstock can be processed rapidly with a relatively small adsorptive filter unit, thereby providing significant increases in productivity within a relatively small physical footprint. In addition, the spacing between fibers provides micron-sized pores to facilitate rapid convective flow and transport of large biotherapeutic modalities, making nanofiber membranes ideally suited to bioprocessing viral vectors, plasmids, and vaccines.

The Next 20 Years
Looking forward, a combination of advanced nanofiber supports and selective affinity ligands is likely to play a significant role in downstream processing of new biotherapeutics. With the industryâ€™s use of renewable natural polymers such as agarose and cellulose with recyclable plastics, Astrea Bioseparations is playing its part in the development and accessibility of environmentally sustainable materials, with the goal of reducing its global bioprocessing carbon footprint. The past 20 years have brought revolutionary advancements to the field, and the next 20 years will certainly see a future defined by accessibility and affordability to preventative and curative personalized medicine, facilitated by the continued advent of innovation in bioprocessing technologies.