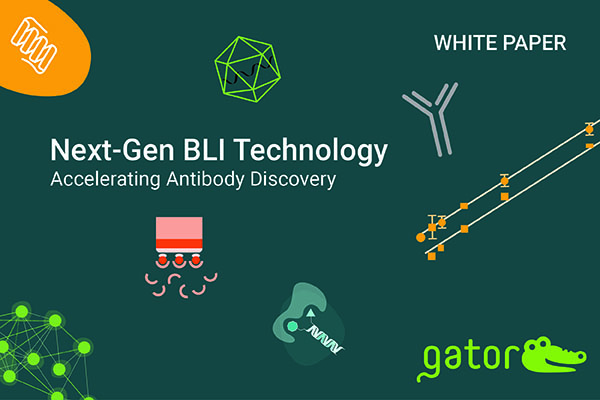 The development of antibodies for diagnostics or therapeutics requires comprehensive characterization of affinity, specificity, and mechanism of action. Affinity measurements could screen different isolates of an antibody to identify those that are most effective at binding antigen. Also, measurements of the capacity of an antibody to bind other compounds that are structurally related to the original immunizing antigen can help establish the likelihood of whether an antibody will cross react non-specifically with other molecules that might accompany the antigen.

Binding kinetics refers to the dynamic process in which an antibody binds to a target and dissociates from it. The quantitation of biomolecules is fundamental to numerous biological research protocols and in the production of pharmaceutical-grade biomolecules.

Biolayer interferometry (BLI) is a label free technique that measures the interference pattern of white light reflected from the surface of a biosensor, which indicates the presence of biomolecular interactions. The binding between a ligand immobilized on the biosensor tip and an analyte in solution produces an increase in optical thickness at the biosensor tip, resulting in a wavelength shift proportional to the extent of binding (Azmiri and Lee, 2015; Mechaly et al., 2016). The sensor tips collect readings in real time, while immersed in the analyte solution, without the need for continuous flow fluidics (Yang et al., 2017). BLI technology is widely used for quantitation and kinetics measurements of antibodies and small molecules due to its robustness to complex matrices, speed, accuracy, and ease of use.

Variety of biosensors with different ligands that bind proteins and small molecules have been used e.g., streptavidin, anti-human Fc, anti-mouse Fc, protein A, anti-his, Ni-NTA, etc. However, many of the first generation BLI biosensors have limited dynamic range, poor small molecule binding and higher costs due to single use operation. This White Paper demonstrates the significantly improved performance of GatorÂ® next-gen biosensors for key applications and compares them with traditional biosensors.