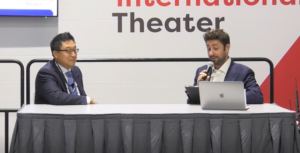 Samsung Biologics has established itself among the worldâ€™s largest CDMOs. It currently provides 364,000 L of bioreactor capacity, primarily in stainless-steel format, across three sites in Songdo, South Korea. Park reported that construction continues on a fourth facility. In October 2022, the plant will bring six 10,000-L bioreactors online for GMP production of recombinant proteins. A second construction phase is scheduled to add 12 15,000-L vessels by June 2023. Upon project completion, Samsungâ€™s total bioreactor capacity will exceed 600,000 L.

Park observed that experience gained during construction of the first three locations helped his company to manage timelines for the new plant despite difficulties associated with the COVID-19 pandemic. The company leveraged existing facility designs and performed early activities in parallel. He also credited support from Samsung Engineering.

Samsung Biologics commissioned the fourth facility to expand capabilities for its customers, primarily large drug developers. Park noted that his company already manufactures therapeutic proteins for 13 of the largest 20 global pharmaceutical companies, many of which outsource multiple marketed biologics to free up internal capacity for clinical candidates. For instance, Samsung entered into an US$81 million partnership with Novartis in June 2022. When asked about the possibility of overcapacity, Park predicted that capacity needs would remain high despite the expected waning of the COVID-19 pandemic and associated drop in demand for vaccines and therapeutics. He added that many developers are establishing alternative manufacturing pathways to prevent supply-chain disruptions.

Although Samsung has established a research center in California, South Korea remains the base for manufacturing. Park explained that his company can construct facilities more quickly and cost-effectively in Korea than in the United States. Land already has been purchased for a fifth Songdo site. However, Samsung is considering options for building new facilities and acquiring existing ones in the United States.

Fill out the form below to view the full BPI Theater interview.