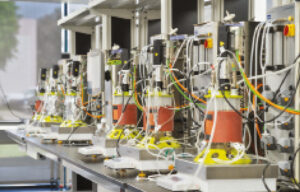 Nick Green has worked in the global pharmaceutical and healthcare-services industries for more than 35 years, including significant experience with third-party manufacturing of biological products. He currently serves as president and chief executive officer (CEO) of Avid Bioservices, a contract development and manufacturing organization (CDMO) that focuses on biopharmaceuticals derived from mammalian cell cultures. He has held senior leadership positions at several life-science companies. That includes time spent as president and CEO of Therapure Biopharma, Evolve Biologics, and Rhodia Pharma Solutions; managing director of Nipa Laboratories; head of life sciences at Clariant International; and president of the pharmaceuticals division at Codexis. In his career, Green has supervised operations for more than
30 facilities spanning four continents. He holds a BSc in chemistry from Queen Mary University of London and an MBA from the University of Huddersfield, UK.

To enrich our understanding of how far the biopharmaceutical industry has come over the past two decades, BPI distributed questions to bioprocess suppliers and service providers. Below, Green provides perspective on the development of the global contract manufacturing industry, important regulatory considerations, and obstacles that the larger biopharmaceutical industry will need to address in years to come.

The History of Contract Manufacturing
How has the zeitgeist of the contract manufacturing industry changed since you joined? At least in the United Kingdom, few contract manufacturing organizations (CMOs) existed when I joined the sector 35 years ago. Those included the company that I worked for, Fine Organics, and one or two others. Over the next decade, we witnessed a significant increase in the number of players as outsourcing became an attractive proposition. At that time, the contract-manufacturing industry was highly entrepreneurial.

Then came a period of consolidation and significant investment. Large multinational corporations established significant market positions through acquisitions and internal investment. Flexibility, service, and personal relationships were replaced by capital equipment, process, and global reach. At the turn of the 21st century, competition from Asia, the dot-com crisis, and overcapacity laid waste to a good number of what had been major multinational players. In the small-molecule industry, Western markets became dominated by a few major CMOs that had benefited from their well-known dedication to excellence and high quality.

At the same time, we witnessed the advent of the biologics segment. Initially, most biopharmaceutical developers manufactured their own therapies. As the science and process understanding developed, the number of third-party manufacturers increased. But that growth was limited by significant barriers to entry in terms of capital investment and manufacturing know-how. Such barriers will diminish over time.

It strikes me now that the most successful CMOs are those that have remained committed to high quality and that have invested in line with their long-term visions. I find it interesting that today so many companies in the cell and gene therapy (CGT) field are attempting to build their own facilities because they are unable to find adequate production capacity from knowledgeable partners that have demonstrated a commitment to high quality. It is amazing to reflect on how much my industry has changed in some respects but also how some key elements havenâ€™t changed at all.

What has been the most notable development in bioprocess business strategy? I believe that implementation of disposable technologies will prove to be a major change. That development has enabled biomanufacturing to be applied to a broader range of products at different price points. Disposable technologies eliminated major obstacles that the pharmaceutical industry faced as it entered the 21st century and began to manufacture biologics. Single-use systems also have enabled CMOs such as Avid to address the needs of large and emerging pharmaceutical companies alike with competitive manufacturing options and enhanced quality. The benefits of disposable systems now will be passed onto emerging technologies that are being developed for CGT manufacturing.

What scientific and technical developments have been the most important â€” or most surprising â€” over the past 20 years of bioprocessing? The completion of the Human Genome Project has been critically important because it has provided a blueprint for identifying the source of cancers and many other diseases.

However, it would be difficult for me not to highlight the potential â€” and in some cases, very real â€” value of CGTs. As I move toward my 60th birthday, I marvel that we now have so much potential to provide patients with cures in addition to therapies.

Regulatory Insights
What has been the most significant regulatory development in the past 20 years? The most significant regulatory event that I have witnessed in this century is the collaboration of global regulatory agencies to find means for studying and approving novel vaccines against COVID-19. Although those efforts to date have made only indirect impacts on my company, their implications for the industry have been so far reaching that it is difficult to know where to start discussing them. Enabling medicines to be brought to market through emergency-use authorization (EUA) or conditional marketing authorization (CMA) has brought on a tidal wave of funding, investment, and associated clinical innovation, all of which I believe will benefit the biopharmaceutical industry and humanity more broadly for many decades to come.

Lessons that regulators have learned during the pandemic ultimately will benefit an industry in which the considerable time and cost required to bring a product to market cause a great many ideas to fail. Of course, we hope that in the rush to find a public health solution, we didnâ€™t overlook a major factor that we could regret later. 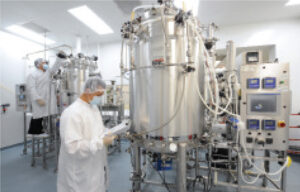 The Avid Bioservices Franklin facility in Tustin, CA, has been licensed for commercial manufacture of biopharmaceutical products since 2005.

What expected regulatory, technical, and scientific advances didnâ€™t happen, and how have those missed opportunities influenced the course of the industry? Harmonization of a regulatory approval process across major markets might have been an unrealistic expectation. But harmonization could reduce the cost of bringing a product to different jurisdictions significantly while creating much larger and more accessible markets. In turn, those outcomes would help more products to negotiate the investment hurdle.

Obstacles Ahead
What difficulties will the biopharmaceutical industry need to face in the next five, 10, or even 20 years? Major challenges are ahead in terms of how we set prices for cures (rather than therapies). Today, we pay as we take: People purchase medications monthly to treat, for instance, highÂ  cholesterol or rheumatoid arthritis. Such payments cease when a patient dies. Going forward, I am not sure how health-insurance companies, patients, and other stakeholders will pay for drugs that offer cures. A patient might consider paying a significant sum for a cure, but the long-term benefits of that drug could be nullified by another ailment or even death by other means. On the manufacturing side, the significant costs associated with developing curative products have finite payback: Patients are no longer customers after they have received a cure. How the biopharmaceutical industry balances these dilemmas will have long-term impacts on how it develops over the next 20 years â€” and even longer.