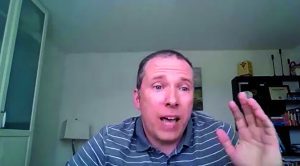 Satz talked about WuXi AppTec‚Äôs launch of the HitS (Hit Success) business unit, designed to serve client needs in early stage drug discovery. WuXi‚Äôs goals are to provide more and higher-quality hit molecules against targets of interest and to help set the stage for follow-up medical-chemistry optimization. The unit works with all protein target classes, including solubilized membrane proteins and challenging protein complexes. A core strength of the HitS business unit is its WuXi DNA-encoded library (DEL) platform.

WuXi‚Äôs team (200 full-time employees, FTEs) works in four sites around the world. The Crelux site in Munich, Germany, specializes in manufacturing difficult-to-express proteins, using fragment screening, forming crystal structures, and performing biophysical follow-up work; such work is performed at the Suzhou site in China as well. At the Crelux site, the team has produced more than 1,200 proteins, including more than 150 that are crystallography grade. The company‚Äôs largest site is housed in Shanghai, where its 130 FTEs perform most of the DEL work (both making and screening the DNA-encoded libraries). A small but growing Boston site currently employs four FTEs.

Clients might come to the team with a target that they would like to screen out but do not yet have the protein made. In such a case, the DEL team makes the protein and a screening assay, performs the follow-up work, and discerns the protein‚Äôs crystal structure. In other cases, a client already has a protein and wants only the screening to be done. So the team can create an entire workflow or parts of it as needed.

The screening step is based on binding assays. The company performs traditional high-throughput screening, fragment-based screening, and DEL screening. Complementing the WuXi DEL approach is a ‚Äúrule-of-three‚Äù compliant fragment screening platform that can be interrogated by microscale thermophoresis (MST), surface plasmon resonance (SPR) analysis, nuclear magnetic resonance (NMR), or X-ray crystallography. So the company offers a number of options depending upon what a client‚Äôs project team wants (and what the protein itself requires).

Satz described the company‚Äôs custom-made library of more than 3,000 structures, designed to provide hits of practical use to pass along to WuXi clients. If a client already has a protein, the fragment-based screen can deliver results in about four weeks. So the turnaround time is quite short. Fragment-based screening can be performed with a soaking system so that every hit will include a crystal structure. A soaking system also can be applied to the results from prior MST or SPR screening to find crystal structures for those hits.

Satz detailed the DEL system, which enables researchers to make many different structures rapidly and at a relatively low cost. He described his company‚Äôs use of split-and-pool combinatorial chemistry to build DNA-encoded libraries using split sizes of up to 9,000. In just over a month, one FTE can make millions of different chemical structures. Those structures then are screened to find one that binds to a client‚Äôs target.

With a team of 40 library chemists and 6,000 proprietary scaffolds, WuXi has constructed more than 200 DNA-encoded libraries displaying >90 billion different small-molecule structures. The DELs can be delivered as a kit in a single tube containing 14 billion different structures. A client can screen those in its own laboratory for confidentiality, if desired. A no-cost option exists for academic groups.

Satz offered more information about how the screening is performed. After a target is immobilized on a resin, the DEL liquid is added to find the library members that bind to the target. After nonbinders are washed away, the next step is to sequence a barcode to find the structure of the ligand that was bound to the target.

Hit confirmation can be accomplished with a number of different biophysical assays, and the WuXi team has particular expertise in label-free MST. Generation of ligand bound X-ray crystal structures (Cryo-EM) facilitates structure-based medicinal chemistry optimization. Satz concluded by emphasizing the importance of having a crystal structure. For that purpose, his company has established conditions for more than 150 different targets, from which it can offer a turnaround time about eight weeks. More complicated structures ‚Äî or projects for which no known structure exists ‚Äî can take about four months.