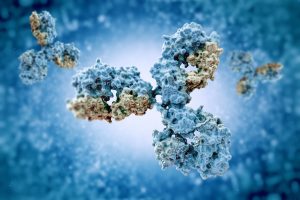 Biological drugs (or biologics) are manufactured by living systems such as microorganisms, and plant and animal cells. Cell lines, like Chinese hamster ovary (CHO), can be engineered to work as cellular factories to produce biologics in addition to their own biological molecules.

Host cell proteins (HCPs) are biological by-products of these cellular factories. They are one of the main impurities in harvested cell culture fluid (HCCF), and tend to be released when the cells die or are damaged. These HCPs can influence a drugâ€™s efficacy and toxicity, and have long-term immunogenicity, if not removed during manufacture.

Removing HCPs begins with detecting and quantitating them, a task widely performed by enzyme-linked immunosorbent assay (ELISA). But this assay is not perfect, and validating ELISAs by coverage assay has become an essential part of process development in biologics manufacture.

This article looks at how analytical scientists measure HCPs with ELISAs, the strengths and weaknesses of one of the most common types of coverage assay, and outlines an approach that retains its best traits while enhancing speed and accuracy.