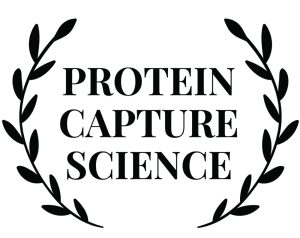 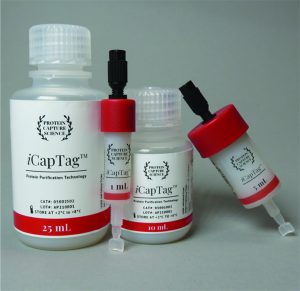 Purification of recombinant proteins remains a critical challenge for applications ranging from basic biological research to the development and production of lifesaving biopharmaceuticals. At laboratory scales, the rapid purification of large numbers of new and uncharacterized protein targets effectively compels the use of affinity tags, which enable reliable purification using simple, established protocols with minimal optimization. Tags cannot be used for therapeutic applications, however, because of their potential for immunogenicity. Thus, for proteins other than monoclonal antibodies (which typically use a protein A affinity platform), biopharmaceutical manufacturing processes must rely on multiple conventional chromatography steps, with six months or longer being spent on developing an acceptable downstream process for a single, well-characterized target. The need for such contrasting approaches has led to the emergence of two worlds in protein purification: one in which affinity tags are used to accelerate basic research and another that requires multistep chromatography processes to be developed for clinical applications. Most important, the transition between those worlds during clinical development could be problematic because tagged and tagless versions of the same protein might have significant differences, assuming that a tagless manufacturing process can be developed at all. To bridge the tagged and tagless worlds of research and manufacturing, we have developed and patented the iCapTag platform. It provides a practical and scalable purification method that is based on a self-removing tag.

Fill out the form below to read the complete technology review and learn more about the iCapTag platform now.Â