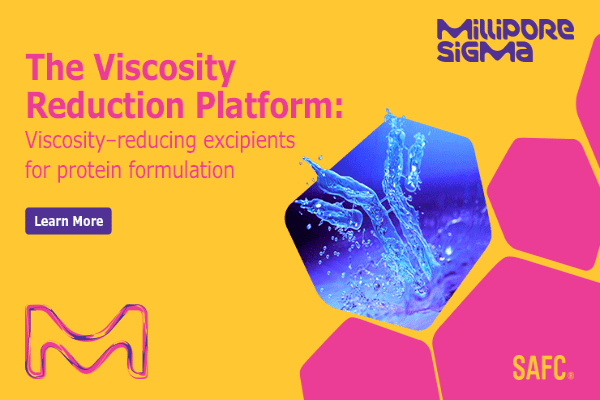 Protein viscosity is one of the major obstacles in preparing highly concentrated protein formulations suitable for subcutaneous (subQ) injection. Highly viscous protein solutions would require a significant force to be applied to the syringe for injection. As a result, the patient could experience a considerable amount of pain. In many cases, injectability would not be possible.

This white paper evaluates the viscosity-reducing capacities of excipients and excipient combinations. It shows the over-additive effect of using two excipients together and addresses how excipientsâ€™ viscosity-reducing ability depends on pH. The results show the effect of protein viscosity on injection force and highlight the platformâ€™s ability to balance viscosity reduction with protein stability. The case studies presented demonstrate that using a combination of two excipients at lower concentrations instead of a single excipient at a higher concentration enables balancing protein viscosity and protein stability in a favorable way.