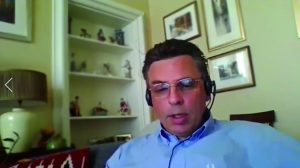 The reconfigured plasmid enables up to three-fold improvement in production of rAAV particles, even before downstream concentration steps. Although the plasmid had been developed and tested using AAV2, subsequent studies have shown that its benefits extend across all natural AAV serotypes. During internal assessment, the optimized platform generated average viral-genome titers of 1011 vg/mL for rAAV5, rAAV6, and rAAV8. Those results correspond respectively to three-, eight-, and six-fold increases in viral titers, compared with titers achieved using a standard repâ€“cap plasmid. The reconfigured system produced rAAV9 titers of ~1010 vg/mL. Equally important, King pointed out, is that the new platform generates a higher ratio of full to empty/partial capsids than does a conventional transient system. Oxgene scientists attribute such increases in productivity to efficient genome encapsidation.

Oxgeneâ€™s partners have achieved similar or better results using the reconfigured plasmid. During production of rAAV5 in a HEK293 cell line, one customer generated as much as 2.1 Ă— 1011 vg/mL, which amounts to ~105 genome-containing units per cell. The customer also recorded full-particle rates between 57% and 72%, which is 3â€“5Ă— higher than what can be achieved using a standard repâ€“cap plasmid. Such increases in productivity, King explained, facilitate subsequent purification steps and enable recovery of more functional virus particles than can be produced and purified when starting with a conventional transient system.