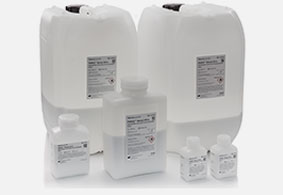 Anion exchange chromatography (AEX) is a well-established downstream processing step in the manufacturing of biologics and known as a good contributor of overall viral clearance of the downstream process. However, it is not clear why some processes do not realize the expected viral clearance levels achieved by other molecules under similar conditions. In this study, Bristol Myers Squibb partnered with Thermo Fisher Scientific to perform a design of experiment (DoE) approach to further probe the understanding of viral clearance during AEX chromatography.

During this webinar a novel DoE approach, using Minute Virus of Mice (MVM) is presented. The study was performed to explore the viral clearance operating space of Thermo Scientific™ POROS™ HQ resin by including design factors such as load pH, conductivity, virus concentration and varying physical and chemical properties of three mAbs. The outcome of the study promotes newly gained awareness on viral clearance during AEX chromatography and will help promote improved effectivity and rigor of viral clearance at this step.

Pharmaceutical Grade Reagent. For Manufacturing and Laboratory Use Only.

Just fill out the form below to watch the recorded webcast.