AGC Biologics has acquired Molecular Medicine (MolMed), increasing its presence in the CDMO space and adding a pipeline of cell and gene therapy candidates.

On the services side, AGC adds two GMP sites in Milan and Bresso, both in Italy. The former offers 16,000 square-foot of development, testing, and production space and has made over 150 GMP batches of viral vectors and 200 batches of genetically modified cells to support more than 20 clinical trials in Europe and the US. 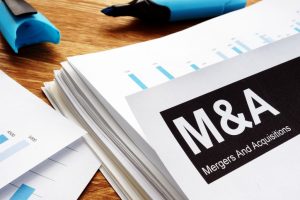 The 35,000 square-foot Bresso site has capacity to produce viral vectors on a 48 L or 200 L scale and genetically modified cells for clinical trials and commercial product.

Both Autolus and Orchard Therapeutics are among MolMedâ€™s customers. Neither firm commented on AGCâ€™s acquisition of their CDMO partner when approached by this publication.

The deal also enters AGC Biologics into the cell and gene therapy end-user space, bringing with it MolMedâ€™s pipeline of autologous and allogeneic CAR therapies.

“We are seeing how clinical trials proceeds, and will look into partnering with pharmaceutical companies,â€ť an AGC Biologics spokesperson told us.

The portfolio includes Zalmoxis, an allogenic T-cell therapy as an add-on therapy to support stem cell transplantation. It was approved in Europe through a conditional marketing authorization in 2016 but subsequently withdrawn by MolMed after Phase III clinical trial results showed that the drug offered no benefit on disease-free survival.

Since then, the firm has expanded facilities in Copenhagen, Denmark, and Seattle, Washington, the latest being an $18 million investment at the two sites announcedÂ last December. Meanwhile, the CDMO entered the plasmid DNA space Â throughÂ an expansion at its site in Heidelberg, Germany. And in June, the CDMO paid $100 million to acquire the former AstraZeneca facility in Boulder, Colorado.