It’s no surprise that immunochemistry forms a broad and solid basis of biopharmaceutical analytical laboratory work. Immunochemicals include antibiotics and antigens, nucleic acids and nucleotides, enzymes, lipids, antioxidants, probes and dyes, and proteins and peptides. Available from companies such as Advanced Immunochemical, Immundiagnostik, Lampire Biological Laboratories, and Rockland Antibodies and Assays, their many uses include antibody isotyping and fragmentation. Adjuvants, buffers, assay kits, target biomolecules, and phage-display systems support those applications. Because background and off-target effects complicate the study of antibodies, quality and purity of these reagents are critical to accurate results. 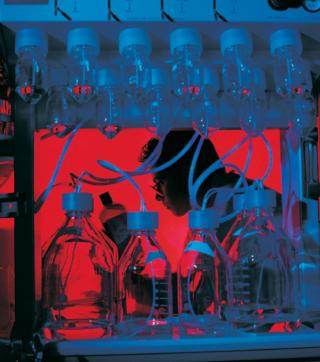 At its most basic, immunochemistry is the branch of chemistry that covers how our immune systems react to and make use of the biomolecules listed above. One of the earliest examples was the Wasserman antibody test for detection of syphilis. It was developed by August Paul von Wassermann, Julius Citron, and Albert Neisser at Germany’s Robert Koch Institute for Infectious Diseases in 1906. Based on a complement-fixation serological reaction, this test grew out of earlier work performed in Belgium. The reaction is not specific to syphilis (other diseases such as malaria and tuberculosis also cause a positive response), and some infected persons produce no reaction whereas successfully treated patients can continue to show a reaction. So even though it’s been refined over time, the Wassermann test is rarely used today. Other early complement-fixation methods have also been replaced by serological methods such as enzyme-linked immunosorbent assays (ELISAs) and DNA-based methods of pathogen detection such as polymerase chain reaction (PCR).

ICC uses antibodies to target specific peptides or protein antigens in cells through their specific epitopes. Bound antibodies are detected using a number of technologies such as fluorescent tagging, chromogenic staining, and secondary antibodies. For example, immunofluorescence is combined with confocal microscopy for studying the location of proteins and dynamic processes in cells — something for which Invitrogen’s Molecular Probes division of Eugene, OR, is well known. ICC allows researchers to evaluate whether particular cells express a specific biomolecule and shows them which subcellular compartments are expressing it. Similarly IHC methods detect antigens in tissue sections.

Immunohistochemical staining is widely used in diagnosis of abnormal (e.g., cancerous) cells. Certain molecular markers are characteristic of cellular events such as proliferation or apoptosis. IHC helps researchers understand the distribution and localization of biomarkers and differentially expressed proteins in tissues.

It would probably be easier to say what part of your lab isn’t using immunochemicals than to describe all the myriad homes they’ve found. Immunochemistry is so broadly used in the characterization of biopharmaceuticals and their manufacturing processes (as well as their raw materials) that I could fill several pages just listing applications. Perhaps the most important — and widely availed — methods are ELISAs, blotting techniques, bioassays, and tests for detecting host-cell proteins and nucleic acids. Flow cytometry (discussed in last month’s BPI Lab) also makes use of immunochemicals.

Companies use bioassays to determine concentration, purity, or biological activity of a drug. Qualitative bioassays are used in assessing physical effects that aren’t easily quantified; quantitative bioassays estimate concentration or potency by measuring a biological response — typically analyzed using biostatistics. Alternatively, you can describe these tests as quantal (with binary “all or nothing” responses) or graded (with proportionate results according to concentration or dose). And they may be performed using whole organisms, tissues, or cells. Bioassays are essential for pharmacokinetic and pharmacodynamic studies as well as drug discovery, dosage range finding, stability studies, and product characterization.

An ELISA is a simple, sensitive, specific, and quantitative platform for measuring analytes in diverse biological matrices. It requires only basic research tools to perform, can accommodate numerous samples in a fairly short time, and is relatively inexpensive. Kits typically include a 96-well plate precoated with a highly specific capture antibody. There are several types of ELISAs: direct and indirect, competitive, sandwich, and ELISpot assays. They have varied uses, from virus and home pregnancy detection tests to disease diagnoses, but they are most important to biopharmaceutical companies for determining antibody concentrations — whether in MAb cell line development, vaccine efficacy testing, immunogenicity determination, or other formulation and characterization studies. ELISpot assays are widely used in preclinical studies and clinical trials. An ELISpot is one of the most sensitive immunoassay techniques available and many times more sensitive than other ELISAs, detecting a secreted cytokine at the single-cell level. Its sensitivity is similar to that of PCR (which detects nucleic acids rather than proteins), making it particularly good for cytokine analyses.

Bioassays in the BPI Archives: www.bioprocessintl.com

Nonantibody binding assays may also be called ELISAs simply because of their common use and history of development. The technique essentially involves any ligating reagent that can be immobilized on the solid support along with a detection reagent that will bind specifically and use an enzyme to generate a signal that can be properly quantified.

Western Blotting: Protein immunoblotting is a widely accepted analytical method for detection of specific proteins in a sample of tissue homogenate or extract. Gel electrophoresis is used to separate intact proteins by their three-dimensional structure or denatured molecules by the length of their polypeptide chains. The proteins are then transferred to a membrane, where they are stained with antibodies specific to them for detection. Originating at Stanford University, this blotting technique was given the name “Western blot” as a play on words from the older “Southern blot” technique for DNA detection that had been developed by Edwin Southern in Great Britain. A similar method of RNA detection was later called the “Northern blot.”

More from the BPI Archives: www.bioprocessintl.com

Several reagent companies specialize in providing antibodies (both monoclonal and polyclonal) against thousands of different proteins: e.g., Abcam, AbD Serotec, Abnova Antibodies, Aviva Systems Biology, Beckman Coulter, EMD/Merck Millipore, IBL International, and Li-Cor Biosciences, as well as most of those listed elsewhere in this article. Many offer custom antibody development services — not to be confused with co
ntract biopharmaceutical development and manufacturing! Western blotting finds utility in protein product characterization, determination of expression levels, and testing the effects of process steps on a protein of interest, just to name a few applications.

Because of the power of immunochemistry — which is based on the exquisite selectivity of the immune system, after all, and thus should be familiar to anyone involved in biopharmaceutical development — you almost can’t sit through a technical session at any industry conference without seeing a slide presenting ELISA or Western blot results. And some events make it even easier to find immunochemicals in action.

For example, Gordon Research Conferences has regularly offered an Immunochemistry and Immunobiology conference since 1966. Held in June of 2012 at Les Diablerets in Switzerland, the meeting featured broad coverage of both innate and adaptive immunity and spanned the full spectrum of basic mechanisms to applied research in nine half-day sessions.

In March of 2013, the Institute for International Research presents its 14th annual Immunogenicity for Biotherapeutics event in Baltimore, MD. The agenda offers more than 10 case studies that bridge both the ever-present challenges of assay design and advanced risk management strategies for the next generation of biomolecules. It includes an intensive full-day summit called “Immunogenicity University,” which offers practical guidance for daily challenges. Get more information online at http://info.biotech-calendar.com/Science-Researcher-Update/bid/91971/The 2014thAnnual ImmunogenicityforBiotherapeutics. 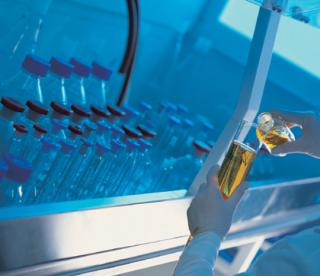 And in May, you can check out IBC’s 23rd international intensive symposium, Development, Validation and Maintenance of Biological Assays, at the Grand Hyatt in Seattle, WA. Developing bioassays presents a complex maze of quality, statistics, and good science. It can be hard to keep up with new approaches and understand the basic regulatory requirements while keeping drug projects moving forward. This event provides education, practical advice, and a close look at evolving standards. It is designed for scientists, analysts, assay statisticians, and managers who work with biological assays during biopharmaceutical development or routine product release. Regulatory and quality assurance professionals who deal with submitting or overseeing complex assays will also gain much needed insight. Find more information online here: www.ibclifesciences.com/bioassays.