Eukaryotic cells are fragile and finicky, requiring very specific culture conditions and nutrients to survive, grow, and be productive in an ex vivo environment. Even so, they have become vital to the biopharmaceutical industry’s ability to make complex biological products — overtaking yeast as a production system around 1990 and surpassing bacteria in the number of associated product approvals five years later (1).

Since then, they have become even more useful, expanding their reach into the vaccine world. Mammalian cell lines — especially Chinese hamster ovary (CHO), NS0, and Sp2/0 myelomas and hybridomas, baby hamster and human embryonic kidney cells (BHK, HEK), and newer proprietary lines such as Crucell’s PER.C6 cells — can express correctly formed proteins with complicated posttranslational modifications that are essential to their biological function. And the baculovirus expression vector system (BEVS) for transient protein expression by insect cells — well established in laboratory settings but slow to be adopted in bioprocessing — has come into its own as a vaccine production system. New vaccines such as those for human papilloma virus are made using the BEVS, and influenza vaccine makers are transitioning from egg-based production to mammalian cell culture (2). Transient expression as a concept has even begun to see use with mammalian cells, too. 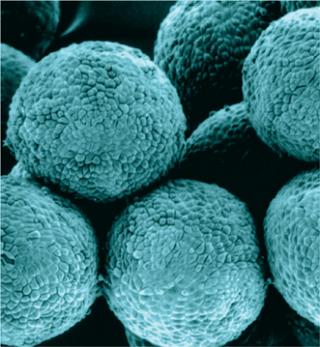 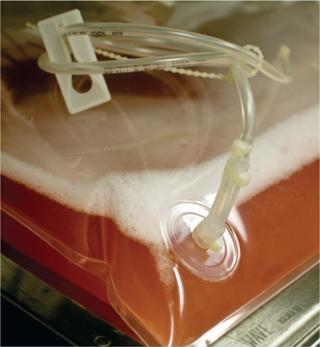 With a suspension culture in serum-free media, this single-use bioreactor set-up at Wyeth (now part of Pfizer) graced the cover of BPI’s September 2011 issue. ()

Back when BioProcess International was in its conceptual stage, one of the most commonly discussed topics at industry conferences was a manufacturing capacity crunch that had been predicted around the turn of the century. Exemplified by the Enbrel case study, biopharmaceutical manufacturers (especially those using mammalian cell culture to make antibody products) were projecting market demands that their existing facilities and processes could never meet. Many potential solutions were discussed, among them transgenic-milk production options. But amazing scientific and technological advancements led to animal cell lines and culture systems that could make a lot more protein within the space available. It wasn’t long before we were reporting on those results and an averted crisis (3,4,5,6,7,8,9,10,11,12,13,14,15,16).

Using technology such as the Genetix automated ClonePix system (now from Molecular Devices), cell-line engineering took mammalian cell protein expression titers from hundreds of milligrams to several grams per liter of culture through a number of mechanisms (7). These include special promoter genes (5â€² flanking sequences that drive transcription initiation), enhancer elements (which further elevate gene expression, often independent of their orientation in relation to the protein sequence itself), polyadenylation sequences (3â€² terminators that improve RNA stability and facilitate transport of processed mRNA from the nucleus to cytoplasm of a cell), introns (intergenic sequences of varying lengths that help maintain the integrity of coding regions, chromatin modifiers and insulators (such as matrix or scaffold attachment regions, MARs or SARs, and locus control regions, LCRs), and internal ribosome entry sites (typically of viral origin).

All those genetic “tools” are used to improve transcription efficiency (7). Selection markers (e.g., using antibiotic resistance or glutamine synthetase with Lonza’s proprietary GS expression system) help developers identify the most stable cells that have fully integrated the expression cassette (gene sequence) into their own genomes. The resulting cell lines may then be adapted to grow and thrive in culture media that have necessary properties for commercialization (13). Media and Supplements

As early as its second published issue, BPI (along with vendors such as Invitrogen/Life Technologies and Thermo Scientific Hyclone) was helping to make the case for serum-free media in biopharmaceutical production (17). Eliminating animal-based products from culture feeds provides several advantages in bioprocessing: defined composition, reduced contamination risk, and lower costs. But serum-free, animal-free, protein-free, and chemically defined media present their own challenges (see the box above). They require supplementation with special ingredients that have particular functions as cell nutrients (18,19,20,21,22,23,24). In addressing those issues, cell culture engineers have discovered a whole new use for the analytical methods that are becoming ever more important in bioprocess development: media and supplement characterization (25, 26) and optimization (27,28,29,30). In the 21st century, it seems as though the more you can define your process, the more you need to do so. Production PAT

As part of the US FDA’s 21st-century risk-based approach to pharmaceutical quality, the process analytical technology (PAT) initiative arrived on the scene about the same time as BPI — with the “final report” and guidance document published in 2004. At first, everyone was talking about PAT, but no one quite knew what to say about it. Some vendors saw opportunity and helped to make the case (31,32,33). Visionary contract manufacturers such as Fujifilm Diosynth Biotechnologies and Celonic saw a way to distinguish themselves (34,35). And large biopharmaceutical organizations could devote staff and resources to finding a path through the new landscape of quality by design (QbD) relating to production processes (36,37,38).

In the early days of bioproduction, adding serum to classical media formulations provided for robust culture viability, expansion, and productivity. Serum provided what we know now to be a number of growth factors, trace metals, transport molecules, lipids, and shear protectants. Early on, there was little pressure to eliminate it because serum satisfactorily supported cultures for most purposes. Work on better defined, serum-free formulations was for the most part a matter of specific research — to help scientists understand precisely what components cells required in vitro. And even after commercialization of robust and fully defined serum-free media (SFM), most researchers continued to use serum in their work.

However, as the field of biopharmaceutical production has matured, product sponsors began to identify limitations to the use of animal sera in their processes. Contamination risk from such adventitious agents as mycoplasma and animal viruses, performance variability of individual serum lots, and the burden of noncontributing serum components all became apparent. Concurrently, experimental results revealed that serum wasn’t providing benefits alone. As a nonbiomimetic residue from clotted blood, it supplied an array of variable and performance-inhibiting factors, too.

Concerns over both lot variability and contamination — as well as indications of potentially increased performance from advanced formulations without serum — caused manufacturers to begin research in earnest into SFM formulations for use in production. Commercial vendors invested in developing proprietary SFM formulations that could not only meet the performance of existing serum containing, but in many respects exceed it. Although serum supplementation provided for highly robust media to support most any animal cell culture, SFM formulations soon appeared to be more cell-specific. Some clones of even one cell type required specific hormones or growth factors whereas others did not. So we began to see commercialization of individual SFM for CHO, hybridoma, HEK 293, and other such popular cell lines.

For such components as primary metabolites, it became apparent that the optimal ratio for each cell line (or even subclone) varies significantly from that of others. Today, the art of SFM development has matured to include such tools as high-throughput and high-content screening, design of experiments (DoE) and advanced analytical instrumentation, and metabolomic information. From support of cell-mass expansion to high productivity, clone stability in continuous passage, and support of particular product quality attributes — more than 30 individual characteristics have been catalogued that bioprocessors must consider in developing or selecting SFM. Commercial providers and large (bio)pharmaceutical companies today produce chemically defined formulations to support the serum- and animal-product culture of particular cell lines. Most provide formulation optimi
zation to elicit the most efficient and robust performance possible from producing clones.

BPI editorial advisor Denny Kraichely, PhD, is associate director and CMC team leader in pharmaceutical development and manufacturing sciences at the Janssen Pharmaceutical Companies of Johnson & Johnson in Malvern, PA; 1-610-240-8125; dkraiche@its.jnj.com. We asked him a few questions about the past decade in animal cell culture.

BPI: We credit cell-line engineers with helping the industry to avert a capacity crisis that was much-discussed around the turn of the century. Do you agree with that assessment? Can you point to any specific achievements in particular?

DK: The “capacity crisis” was averted by overall increased volumetric productivity that can be attributed to a combination of improvements to cell-line specific productivity and increased total viable cell density. One achievement that improved cell-line productivity is the use of automation to screen orders of magnitude higher numbers of individual parental clones to find the most desirable and rare high-expressing cell lines.

BPI: Advances in media and supplements have made a difference too. How have approaches to culture feeding changed over the past decade?

DK: Subsequent to removal of animal-derived components from all aspects of biologic production, approaches to better understand nutrient use and consumption of components in chemically defined media and feed supplements (e.g., metabolic profiling) have been key enabling factors for achievement of higher viable cell densities.

BPI: What difference have disposable bioreactors, sensors and monitoring for PAT, and process design and control made for people working in production process development?

DK: These advances have increased the overall design space and allowed for more flexibility with regard to portfolio planning and production scheduling.

BPI: And what do you think of as the most significant technological advancement(s) over the past 10 years in animal cell culture?

DK: I would have to say the overall increased volumetric productivity; from first achieving gram-per-liter [expression titer] quantities in fed-batch bioreactors to now routinely achieving several grams per liter for every project. Process Optimization

Cell-line engineering is just the first step in bioproduction — and it’s only the first part of the animal cell culture success story. Under the influence of QbD, analytics have become more important to biopharmaceutical production process development than ever before. In the interest of establishing design space and controlling outcomes, companies are characterizing cell lines and culture media as well as delving into the details of scale-up (39,40,41,42) and flow dynamics (43) — especially for new processes using disposable bioreactors (39, 44, 45). Fed-batch production is still the most commonly used culture mode (41, 46, 47), but interest in perfusion is on the rise as process and hardware improvements are improving its suitability for large-scale animal cell culture (48,49,50,51).

Author Details
Cheryl Scott is cofounder and has been senior technical editor of BioProcess International since the first issue; 1-646-957-8879; cscott@bioprocessintl.com.