Recombinant DNA (rDNA) technologies provide a wide range of tools for producing a broad array of recombinant proteins. Since the early 1970s, the biotechnology industry has harnessed those tools — together with genetic engineering and genomics — for developing new classes of innovative and effective therapeutic molecules. The therapeutic recombinant protein market segment now represents the core of the medical biotechnology industry, with hundreds of companies involved in discovery, development, and marketing.

Although recombinant technologies are extremely powerful tools, significant limitations in expression, upstream, and downstream processes still exist for many proteins that have therapeutic potential. Failure to obtain specific product features such as posttranslational modifications and high yields jeopardize the probability of developing relevant proteins into approved therapeutic drugs. The need for technologies that allow reliable and effective therapeutic protein production capabilities is growing.

Because of their capacity to provide proper protein folding, posttranslational modifications, and secretion of complex proteins in an active form, mammalian cells have become the major system for recombinant therapeutic protein production. Significant efforts have been made to develop mammalian cell expression platforms. However, along the early drug discovery process, other production systems (e.g., prokaryotic, insect cell, and cell-free) remain widely used for convenience. Easy to handle and fast, those systems allow the production of small amounts of products required for validation and screening. Transient expression in mammalian cells is also routinely used for difficult-to-express products and provide research suitable yields (1). 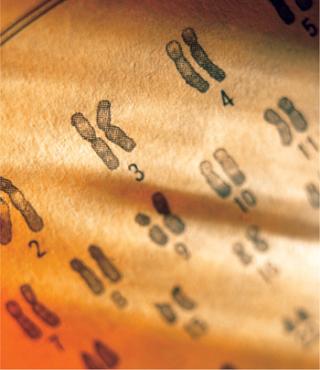 Drug discovery includes a variety of successive systems for candidate screening until the identification of a lead candidate (2). Typically, the initial screening is carried out in a prokaryotic or insect-cell system until a panel of candidates are identified. That process is followed by transient transfections in mammalian cells, but not necessarily in cell lines appropriate for manufacturing. Finally, a manufacturing cell line is developed that expresses the lead clinical candidate, to fulfill the quantitative needs of clinical trials. This approach relies on system switches and is time consuming and not cost-effective. In addition, it may influence product quality and efficacy, and the final production system will differ from the screening system, possibly delivering dissimilar products.

Selexis has developed solutions for more robust and efficient identification of individual lead protein candidates that rely on a single stable expression system throughout the drug development process. We have built an effective, stably transfected mammalian-cell platform based on a combination of DNA vectors harboring proprietary epigenetic regulatory elements such as the Selexis Genetic Elements (SGEs) technology with optimized gene transfer methods (3). Those elements promote an elevation of plasmid integration into a host-cell genome by homologous recombination associated with transfection (4).

Increased recombination may result from the unwinding properties of the SGE region in a plasmid, which could favor strand exchange between plasmids and at specific sites in the recipient cell genome (3). The SGE-containing plasmids are likely preferentially targeted to endogenous SGE sites in a cell genome because thousands of SGEs have been identified in mammalian-cell genomes (3,5). Independent transformants contain transgenes in different chromosomes. Furthermore, multiple copies of the recombinant gene are not scattered throughout the host genome but are integrated as a concatemer at one site in the host-cell chromosome (3). Thus, the increased number of copies integrated into a host-cell genome lead to a proportional increase in recombinant protein expression. That differs from the high copy number found in DHFR-mediated gene-amplified cells, which are often associated with repeat-induced transcriptional silencing (6,7).

By allowing for unwinding of the genomic environment of a transgene, SGEs may also prevent transgene silencing, thereby providing high transcription rates of all copies. This distinctive feature of high-level stable protein expression within days of transfection enables accelerated screening of SGE-generated CHO transformants. So timelines for cell line development are reduced. This feature, when applied to a screening campaign, also allows identification of relevant therapeutic protein variants and high-expressing clones earlier in a screening process. That saves considerable labor by screening top lead candidates in a production-ready platform and represents an integrated and reliable solution to advance biopharmaceuticals toward human clinical trials.

Here, we describe a platform for expression of a combinatorial library of human antibodies expressing 250 different MAbs. It was based on mRNA sequences isolated from B-cell selected clones and phage display directed toward a viral antigen. Our purpose was to identify an antibody lead compound by screening full-length and appropriately folded MAbs.

To direct the expression of 250 fully assembled antibodies, we cotransfected vectors carrying heavy and light chains. We constructed 35 separate vectors for expression of 10 heavy and 25 light chains in a pSLX2 plasmid. The pSLX2 vectors feature a proprietary chromatin epigenetic regulatory element (3), an antibody chain gene, and a selection gene on the same vector. The selection gene differs in the heavy- and light-chain expression vector (puromycin and hygromycin resistance, respectively). The plasmids were linearized before transfection to improve efficiency of stable integration. Using the Neon machine from Invitrogen, we transfected parental CHO-K1 cells with 250 plasmid mixtures consisting of 4.5 µg of DNA and 5×105 cells for each transfection. Following electroporation, the cells were cultured in 24-well plates. We cultured parental CHO-K1 cells in serum-free commercial CD medium with 8 mM glutamine, and cells were routinely passaged every three to four days. It takes two people to effectively manage the generation and evaluation of 250 cell lines, simultaneously.

After 48 hours, polyclonal pools of stably transfected cells were selected under double antibiotics selection. During selection, the cell pools were passaged once a week until the cultures recovered to >80% viability. Afterward, the pools were passaged twice a week. We used the same CHO pools as sources for generating material in prolonged cultures (highlighting the importance of stable transcription activity of the integrated transgene with time).

In pools grown in pro
longed culture, cells with low productivity have a growth advantage and often rapidly outgrow high producers (8). So we applied a strong selection stringency based on high concentrations of antibiotics to narrow the expression distribution and improve the likelihood of isolating true high producers. Thus we isolated rare high-producers with higher frequency, resulting in a more homogenous cell population (Figure 1). Distribution of the selected subpopulations at increasing antibiotic concentrations became sharper and shifted compared with lower antibiotic concentrations. Relative magnitude of increase was >100% at 40 µg/mL puromycin.

Figure 2 shows the level of measured secreted antibody in the 250 pools. The pools exhibited high variability in titer at the end of culture at day 15 posttransfection. Typically, almost 40% of the MAbs were poorly expressed or not at all, whereas only 10% were expressed at a high level. This variability is expected and is inherent to random pairing of heavy- and light-chain sequences.

Preferential homologous pairing was seen only with a minority of heavy- and light-chain pairs. So in just a small number of cases was the “ideal” producer generated. Indeed, early screening in phage display or other nonmammalian display systems may have optimized the variable domains for a specific subset of sequences more readily expressed in the vitro system over the mammalian system. That would explain why the MAbs had significant higher expression diversity in mammalian cells.

After completing selection, we scaled up the lead producer pools in 500-mL Erlenmeyer flasks for antibody preparation. We cultured pools in a fed-batch process with defined feeds on days 0, 2, 3, 6, 7, 8, and 9. Cells were allowed to produce for 10 days. The nutrient feeding scheme led to an increase in culture volume of 56%.

Figure 3 depicts the volume-adjusted concentration profiles of antibody for a low- and a high-producing pool obtained at day 25 posttransfection. The recombinant antibody titer of the high-producer pool increased steadily to beyond 1 g/L. In the low-producer pool, MAb accumulation reached a plateau at ∼200 mg/L during the stationary phase (Pool High A and Pool Low A in Figure 3). This indicates a CHO metabolic limitation in the secretion pathway for expression of the poorly expressed MAbs. Altogether, those recombinant protein production levels are relatively high in view of the fact that the pools of CHO cells were neither enriched nor cloned.

We tested the stability of the pool by repeating the fed-batch production at a later stage, after further passages of the pools. We obtained similar results (Pool High B and Pool Low B in Figure 3) that confirmed that the fed-batch pool performances are robust and consistent over the course of the culture. Further improvement is possible, particularly if a pool is subcloned to select a subpopulation of cells with high specific productivities.