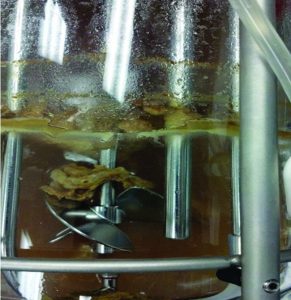 Photo 1: Clones exhibit a number of behaviors, one of which is clumping.

Biotherapeutic proteins usually are produced by either fed-batch or perfusion processes. Perfusion manufacturing can provide much higher levels of productivity than fed-batch systems can, thereby reducing production costs. A 2013 study showed that perfusion is more cost effective than fed-batch processes for most combinations of titers and production volumes (1). Moreover, because a perfusion process is much closer to steady state than is a fed-batch process, it often produces a more consistent product â€” especially for molecules that are sensitive to changes in conditions inside a bioreactor.

That said, perfusion is not used as often as it could be for producing biologics, largely because it is more complex to set up than fed-batch processes. Perfusion requires the continuous removal and replacement of cell-culture fluid with fresh media, while maintaining a constant volume in a bioreactor. Additional complexities can come from possible variations in total run time and the need to maintain a sterile system through the seed train and during the time in production culture. But with a quality by design (QbD) approach, a perfusion production process can be designed and implemented efficiently and cost effectively.

Where the Complexity Lives
Perfusion operations are complex. As with fed-batch processes, media for perfusion systems can have as many as 80 ingredients, including amino acids, vitamins, trace elements, and buffering systems. Moreover, some ingredients (and their relative proportions) are critical to productivity and stability. Unlike batch and fed-batch processes, perfusion processes use a great deal of media â€”Â one-half to three times the volume of the bioreactor each day. For a 500-L process, that amount of media can easily total tens of thousands of liters over the course of the culture. Therefore, for a process to be cost effective, media formulation must be relatively inexpensive.

Not only do the perfusion rate and volume of media exchanged per day need to be optimized, but so does the cadence of the associated purification process. To prevent a need for storing of the cell culture fluid, the capture column needs to be cycled at a high frequency. Otherwise, it may be necessary to accommodate large storage volumes in biomanufacturing facilities. However, that often is not an option because of product instability â€” especially with enzymes and recombinant proteins. Unstable products must be purified or stabilized rather than stored in unpurified cell culture fluid.

Finally, a perfusion process takes more time (up to 60 days) to run than a fed-batch process (about 14 days) does. Because of this longer process time and more frequent interventions into the sterile envelope, opportunities for error and the risk of contamination are higher for perfusion than for fed-batch systems.

A Four-Step Cure for Perfusion Complexity
A low-cost, high-quality perfusion process can be designed and implemented using design ofÂ experiments (DoE) and QbD approaches. The four main steps in doing so are as follows: â€¢ Select the best manufacturing process (perfusion or fed-batch).

The Case of an Unstable Recombinant Protein
One example of how this works in practice is the production of unstable recombinant proteins. Our clientâ€™s objective was to produce a biosimilar protein that it could make at a lower cost than competitorsâ€™ products. The client did not have an existing process and wanted Patheon to develop one.

Process Selection: The molecule often self-selects the optimal production process. Perfusion is preferred for low-titer biologics and unstable molecules. For cases in which stability is a major challenge, a perfusion process is best. Nonetheless, we had to carefully select from several different cell lines, beginning with clones made from a single mother culture. We ran all clones using basic culture conditions to determine which of them would be the best (most productive) candidate to bring forward into full development. We evaluated several parameters such as viable cell density, doubling time, molecule production rate, and some basic metabolites. We used cell countingÂ techniques as well as the Nova BioProfile 400 for metabolite analysis. Our results showed much variability, and some cultures were very prone to clumping together in the reactor.

Media Determination: The specific productivity of a cell culture and the stability of a molecule depend to a great extent on the composition of the culture media used. To optimize the cell culture, we explored a hypothesis in small-scale systems and made adjustments as we scaled up. Because a very large volume of media would be consumed, we set out with a goal of developing a minimal medium that would provide good cell culture conditions yet be relatively inexpensive. First, using some standard, enriched (expensive) media, we performed reactor runs at the 5-L scale to measure metabolite consumption.

Once we understood what the cells needed most to survive and produce the molecule of interest, we could begin to eliminate or limit the less critical ingredients, while enriching those metabolites that were being consumed quickly. We chose ingredients that were relatively inexpensive to ensure that production would be cost effective. Then we manipulated the different components: amino acids, vitamins, trace elements, and buffering systems. Several of those were critical to the process: One trace element was the key to the moleculeâ€™s stability and dramatically increased the titer. 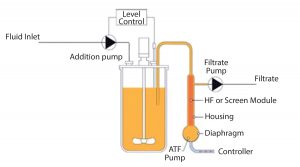 Although originating from the same mother culture, the different clones had various behaviors. For example, some exhibited a tendency to clump (Photo 1). The clumping was severe in the acoustic separation devices, but not an issue when using the ATF device. We settled on an XCell ATF system, which uses alternating vacuum and pressure to return cells to a reactor without damaging them while delivering biologics for harvest (Figure 1). In addition, use of that ATF device gave a superlative output in product.

After selecting the media and perfusion technology, we took a DoE approach to optimize the bioreactor and ATF operating parameters. We performed full-factorial experiments designed to measure the effects and interactions of parameters such as pH, viable cell density, and temperature on specific productivity, growth, and product quality factors. We focused on specific productivity and product quality as the selection criteria for optimal operating conditions. This structured approach to process development allowed for not only a more productive process and high-quality product, but also one with lower media consumption. Table 1 shows an example of the p-value analysis performed from the DoE experiments.

Linking Purification to Perfusion: Perfusion systems continuously produce large volumes of cell culture fluid over the 30- to 60-day life of a process. Storing a product for any period raises the risk of instability. Consequently, such proteins usually have to be purified within a certain period after harvested from a bioreactor. Thus it was critical to balance upstream and downstream processes to control the quality attributes for feeding the purification process.

During process development, we analyzed product stability in the cell culture fluid. Initially, we found the product to be unstable once it was removed from the reactor environment, so we devised a way to stabilize the molecule. We also identified and implemented a buffering solution that slowed molecule degradation, allowing for a short molecule hold time.

With that understanding, we also devised a cycle of product capture (how often to purify the harvest through the first chromatography step) that balanced stability, storage volume, and time. In addition, the nuances of the clientâ€™s protein of interest led us to develop a purification system using multiple chromatography steps. That substantially reduced the volume needed to be stored as a process intermediate, thus substantially reducing the amount of host cell protein.

Improvement: The process we developed for our client is an order of magnitude more efficient than preexisting processes and delivers a more consistent product than they could. This gives our client the flexibility to price the product aggressively and make excellent margins. Perfusion allowed Patheon, as the manufacturer, to have a smaller production footprint than would have been needed for a fed-batch system. In addition, the continuous processing of the cell-culture product together with a stabilizing solution enabled us to establish a manufacturing-friendly, reliable process.

Transferring the Process for a Monoclonal Antibody
We do not always develop a process from scratch, of course. Sometimes contract manufacturing organizations (CMOs) import their clientsâ€™ processes. Even so, we can often find ways to make improvements. For one monoclonal antibody (MAb), we improved a customerâ€™s existing process to increase titer and make it easier to manufacture.

Using a similar QbD and DoE approach as we did for the unstable recombinant protein, we discovered that the cell line handled a fast preperfusion ramp-up well, which let us shorten the time for that step from eight days to three. We found that fixed bleed rates simplified the process, kept the reactor in a steady state, and increased the yield. ATF again worked well as the perfusion technology. We found that higher perfusion rates promoted cell growth and higher viabilities and that higher viable cell densities led to higher titers. Overall, we achieved a 16% improvement in productivity and output with fundamentally the same process. Table 2 shows processÂ changes required to achieve productivity improvements.

Making the Case for Perfusion
Common advantages of perfusion manufacturing over fed-batch cultures include higher productivity, a more consistent product profile, and a smaller production footprint. Perfusion is especially beneficial for very low-titer proteins (0.5â€“1 g/L) as well as for fragile or unstable molecules such as those vulnerable to enzymatic cleaving. Perfusion processes overcome the problem of molecule instability in high-temperature environments of bioreactors because the product can be removed continuously. That is especially important for molecules that have posttranslational modifications or other quality attributes that must be maintained from batch to batch or for biosimilars that must match an innovatorâ€™s product. The more consistent environment of a perfusion process is relatively easy to manage.