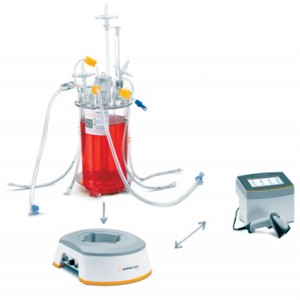 During the past decade, single-use bioreactors have become widely accepted as an alternative to conventional stainless steel or glass bioreactors for clinical manufacturing and process development. In the biopharmaceutical industry, glass bioreactors are used mainly for process development and optimization, but also scale-down models for process characterization. So it is of significant importance that such vessels replicate the design of production-scale bioreactors for both reusable and single-use applications. Stirred-tank bioreactors with 2-L, 5-L, and 10-L working volumes have proven to be particularly well adopted across the industry. The 2-L version is the work horse of process development, with a volume sufficiently large to serve as a representative small-scale model that allows sampling, yet is easy to handle.

Project timelines and workloads can change dramatically, especially during process development. It can be a challenge to keep enough bench-top reactors on hand at all times. Cleaning, setting up, and autoclaving glass vessels requires extra time and effort on the part of laboratory staff, relegating them to regular maintenance rather than performing other, more beneficial tasks. Adding single-use culture vessels that can be used interchangeably with glass vessels to a development laboratory provides significant flexibility, especially during capacity peaks or maintenance periods. That reduces downtime of bioreactor controllers to an absolute minimum.

Table 1 compares glass and single-use options, estimating a 25% increase of bioreactor controller run time for the latter. Otherwise, additional glass vessels would be necessary to reach equally high use rates; however, they would increase efforts related to change-over activities as well as investment cost. Furthermore, when working with microcarriers, single-use bioreactors eliminate cumbersome and hazardous siliconization. In essence, single-use bench top bioreactors simplify the normal daily life of laboratory staff much like the introduction of single-use shaker flasks did in mammalian cell culture about 20 years ago.

Glass bioreactors have been used for decades and are proven as reliable scale-up and scale-down models of stainless steel and state-of-the-art, larger-scale, single-use, stirred-tank bioreactors. The UniVessel SU single-use culture vessel emulates the design of conventional glass bench-top bioreactors to ensure comparability with previous data generated using such systems. Each unit is delivered irradiated and ready to use right out of the box. It is equipped with noninvasive, single-use pH and dissolved oxygen (DO) sensors to eliminate the need for manipulation of the vessel in a laminar-flow bench to introduce sensors (Photo 1) before initiating a cell culture experiment. Initially, reliability and robustness were sometimes challenging with such systems â€” especially for pH optochemical patches. But significant improvements of the chemistry and control of single-use patches now ensure reliability and robustness (1). 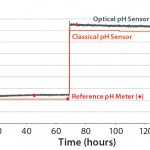 UniVessel SU vessels can be easily integrated into both new and existing bioreactor control units, reducing investment costs of moving to single-use bench-top systems. Also, the integrated single-use sensor signal can be applied to control pH with a UniVessel SU connection box. It makes cumbersome and risky integration of reusable probes unnecessary. Moreover, the same pH and DO measurement principle can be used as in larger-scale BIOSTAT STR single-use bioreactors that contain the same optochemical probes. Figures 1 and 2 compare classical and singleâ€“use sensors with simulated pH and DO step changes â€” demonstrating good correlation between the probes. Conventional probes can be used in both systems. 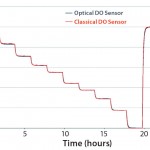 Figure 2: Comparing classical and single-use dissolved oxygen (DO) measurement in reverse-osmosis (RO) water at 37 Â°C in the UniVessel SU bioreactor

Suspension culture of recombinant CHO cells (typically under serum-free or protein-free conditions) is widely used for modern large-scale production of monoclonal antibodies (MAbs) and other therapeutic proteins. A significant body of knowledge has been produced using conventional bench-scale glass culture vessels. So any new product-development or troubleshooting exercise of commercial processes should build on historical data and knowledge, limiting the need to provide supporting data that demonstrate comparability of cell culture systems in use. 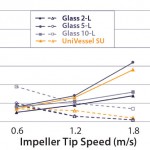 In modern MAb production, most companies use platform technologies and robust Chinese hamster ovary (CHO) cell lines. But when dealing with complex, posttranslationally modified recombinant proteins and vaccines, special focus on scale-up and comparability is typically necessary. Especially when cells are grown on microcarriers to produce vaccines, careful consideration must be given to scale-up and comparability of cell culture systems used (4).

A significant number of vaccine processes still rely on adherent cell lines, which require microcarriers as a growth support in stirred-tank bioreactors. This adds complexity to scale-up and scale-down of vaccine processes from the increased shear sensitivity of cells grown on carriers, the larger size of the carriers compared with single suspension cells, and the higher density of carriers. Very often that requires special low-shear impeller designs and careful consideration of the arrangement of probes, dip tubes, and other inserts to prevent formation of dead zones (3). Therefore, bioreactor designs and volumes typically used for suspension culture might be unsuitable as scale-up or -down model systems for microcarrier-based processes. Within the cell and viral technologies department of GlaxoSmithKline Vaccines, special attention is paid to such challenges.

Maintaining comparable process conditions to production scale with regard to shear, homogeneity, and microenvironment for microcarrier-based processes will require particular working volumes and appropriate designs. In addition, it is often necessary to purify a product so its quality and activity can be determined and process performance can be assessed. Because purification steps are primarily based on product amount, a certain volume is required to achieve required amounts for further purification and product characterization. In this case study, the purification team required a volume of at least 1 L to perform purification experiments.

Taking into account the above-mentioned considerations, the team decided to use bench-top bioreactors of 2â€“L scale to optimize process parameters. We expected this scale to emulate larger-scale, stirred-tank bioreactor conditions. It would supply the required volume for purification activities, while still allowing for easy and straightforward parallel processing.

To simplify the experimental set-up and increase the throughput of runs per bioreactor controller, the GSK team decided to look for a single-use solution. The team took into consideration the single-use UniVessel SU from Sartorius Stedim Biotech because of its design flexibility and geometrical similarity to classical stirred-tank bioreactors (2).

To demonstrate the suitability of the 2-L scale UniVessel SU bioreactor for microcarrier-based processes, the team compared its process performance with that of 10-L stirred-tank glass bioreactors as a benchmark. Those 10-L glass bioreactors have proven to be a representative scale-down model of the GSK larger-scale stainless-steel or single-use (BIOSTAT STR) bioreactors. Figure 4 compares the growth of adherent cells on microcarriers in different single-use bioreactor systems â€” 2-L UniVessel SU, 50-L and 200-L BIOSTAT STR â€” with the 10-L glass vessel. Comparable cell growth was obtained in all evaluated stirred-tank bioreactor vessels. Comparable metabolite profiles also were obtained (data not shown), proving the suitability of the UniVessel SU 2-L system for scale-up and -down studies. 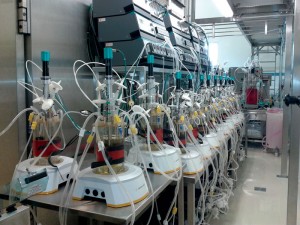 Based on comparable process performance and the UniVessel SU systemâ€™s ease of use, GSK installed a new process-development platform consisting of 12 parallel 2-L single-use, stirred-tank bioreactors (Photo 2). This set-up is primarily used for multivariate design of experiment (DoE) studies, for example that illustrated in Figure 5. It was possible to optimize viral production by evaluating five different process parameters performing only three runs of 12Ã— 2-L single-use vessels demonstrating the effectiveness of such a parallel set-up of single-use vessels.

Thanks to this new single-use process development platform, the team significantly increased the number of experiments that could be run without increasing laboratory personnel. The approach especially helped to further accelerate development timelines and will therefore be extended to other development projects. 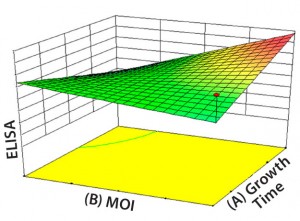 Figure 5: Contour plot of a multivariate
experimental design to optimize the viral
production phase; the response is measured
using an ELISA test (ELISA) and shown as a function of infection time (A: growth time) and multiplicity of infection (B: MOI).