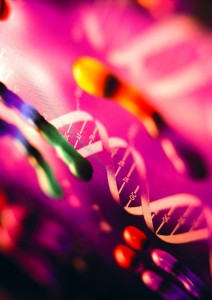 Process development forms the core of BioProcess Internationalâ€™s coverage and interests. From cell-line engineering through seed-train and production cultures, the results of which are harvested and purified to yield a bulk drug substance, every biologic therapy and vaccine begins its life at small scale in a research and development laboratory.Cell lines may be mammalian, insect, microbial, or even plant-sourced (1). They all require different types of culture media and supplements. And purification options are many and diverse. Process intermediates are collected and stored along the way, as are final bulk substances ready for formulation into drug products.

Whatever variations a specific product requires of its biomanufacturing process, all biologics must go through a series of well-documented stages with increasing regulatory stringency. Under the 21st-century regulatory paradigm, bioprocesses must be engineered to produce high-quality products by design. New technologies such as single-use systems and components, continuous processing options, and design of experiments are helping process engineers rise to that challenge through process optimization.

Animal Cells: Mammalian cell lines â€” especially from Chinese hamster ovary (CHO) cells â€” are the dominant expression system in biopharmaceutical manufacturing (2). They can express correctly formed human proteins with complicated posttranslational modifications that are essential to their biological function. Insect cells have utility especially in vaccine production by means of the baculovirus expression vector system (BEVS) for transient protein expression. New viral vaccines are being made using the BEVS, although influenza vaccine makers are transitioning from egg-based methods of virus production to culture of mammalian cells. Some amazing scientific and technological advance- ments have led to high-expressing animal cell lines and culture systems (3). For example, cell-line engineering has taken monoclonal antibody (MAb) expression titers from hundreds of milligrams to several grams per liter of culture through a number of mechanisms. Selection markers and clone-picking instruments help developers identify the best cells to passage into master and working cell banks. Transient transfection in mammalian cells speeds early development by quickly making enough product to test (4). And small-scale studies help optimize the best growth media and supplements for healthy, productive cultures.

Microorganisms: Microbial fermentation for protein production has also been improved in the 21st century. Escherichia coli is the most prominent expression system after CHO cells (5). But some up-and-coming options include Pseudomonas fluorescens. Yeast expression platforms are also attractive because of their well-defined genetic properties, ease of genetic manipulation, and simple fermentation processes that promote rapid growth rates. As eukaryotes, they can perform some posttranslational modifications that other microbes cannot.

Culture Media and Supplements: No matter what kind of cells are being cultured, itâ€™s best for regulatory compliance to use serum-free, protein-free, chemically defined, or other types of media that do not come from animal sources. This provides several advantages in bioprocessing: defined composition, reduced contamination risk, and lower costs. But these culture media often require supplementation with special ingredients that have particular functions as cell nutrients. Media were supplied in liquid form early in biotechâ€™s history, but over time as companies scaled up to larger facilities, powdered media grew in popularity. Special media preparation efforts were worth the space savings in storage. However, in recent years more companies are going back to liquid media supplied on demand â€” particularly as upstream improvements make it possible to produce more protein in smaller cultures (6, 7).

A high-quality product begins with efficient upstream process equipment. Whether glass, stainless steel, or polymer-based, bioreactors are the core of the production suite. In recent years, weâ€™ve seen the full acceptance of disposables here, especially for seed-train and smaller-scale production. And with increasing expression titers and culture densities, extremely large-scale equipment may be a thing of the past. Most plants today combine sophisticated single-use components with stainless steel equipment. Biotech facilities of the future appear poised to have smaller footprints with flexibility and â€śjust-in-timeâ€ť production in mind.

The classic modes of bioreactor system operation (batch and fed-batch) are still going strong. But more and more companies are developing methods of continuous and perfusion processing. Single-use technologies is assisting here as well. And many suppliers are continuing to refine their single-use approaches even now.

Process Monitoring and Control: Development and optimization of cell culture processes requires powerful technologies for process monitoring. And quality by design (QbD) requires reliable process control. Methods based on near-infrared (NIR) spectroscopy and radiofrequency impedance sensors and probes are well established for measuring many parameters (some off-line, some on-line). Here, single-use technologies have actually complicated matters, but instrument suppliers are innovating with QbD in mind. Sensor technology has evolved from probes to single-use optical sensors. And to make use of all their data, automation is making inroads for process control.

Cell Therapy Systems: Human therapeutic cells are not like the immortalized cell lines used for protein production. Very few can be adapted to suspension culture, so most need a surface on which to attach themselves and grow. Because of that, cell therapy culture vessels may be scaled out (with more small batches in parallel) rather than up (larger batches in bigger vessels). That can greatly increase production costs because it requires more equipment with increased handling and automation. Microcarriers can allow for cell expansion in suspension culture, however, and many other options are in the works for this still nascent segment of the biotech industry (8â€“12).

Clarification of the reactor â€śsoupâ€ť full of cellular debris and process impurities is the first step in a downstream process. It can involve significant risk of product degradation, bioburden concerns, or process errors â€” and sometimes requires mechanical cellular disruption for microbial products that arenâ€™t secreted.

The trend toward smaller-scale batches is changing primary recovery requirements (13). Some new solutions include glass-fiber and polyethersulfone membranes. Some companies are looking at old technologies in new ways (e.g., diatomaceous earth filtration), and others are considering novel ideas such as chromatin-directed clarification (14â€“16).

As titers have increased, so too has the importance of efficient product recovery. Clarification of high-density cell cultures presents unique challenges. Ever-increasing amounts of cell debris need to be removed quickly to prevent process bottlenecks. This is driving increased interest in perfusion systems and continuous processing.

Liquid chromatographyâ€™s power to separate molecules in solution based on their size, electrical charge, or other physicochemical properties makes it the cornerstone of every biopharmaceutical downstream process. This is one technology that has been problematic for conversion from reusable to single-use formats. Glass or stainless steel columns are regenerated a number of times to offset their cost, as are the separation media packed inside them â€” which is good because they can be very expensive depending on their construction and chemistry. But a growing number of vendors are offering disposable, prepacked columns, and automation is finally becoming a reality for packing and regeneration of columns as well as running chromatographic operations (17, 18).

Protein A and Beyond: When it comes to expensive media, the most notorious (and celebrated) are protein A affinity resins. Because of the strong affinity of antibodies for binding protein A, it is so useful that despite its cost, high-yield protein A affinity capture is often the first in line for a MAb purification platform.

Even so, the associated expense combined with engineering and practical difficulties is making some process developers in this era of high-titer production wonder whether some alternative might be a better choice than protein A (19â€“22). Others are simply investigating ways to use it more efficiently (22, 23). Meanwhile, chromatographers and their suppliers havenâ€™t stopped improving these technologies. New media are always arriving on the scene, with multimodal and multicolumn approaches showing particular promise (24, 25).

Filters are not only used as downstream unit operations in themselves, but also in support of nearly every other step in bioprocessing, from incoming air and feeds for cell culture operations to cleaning the circulating media in perfusion processes, harvest clarification, and removing buffers from chromatographic eluate. Filters are used in formulation work and in fillâ€“finish, as well as in environmental monitoring and process waters. And they have expanded their utility even more with the advent of membrane adsorbers. And sterile filtration is particularly indispensable in viral safety and Mycoplasma removal (26, 27).

Filter cartridges were among the first disposable items used in bioprocessing. Their manufacturers led the charge for single use technologies. Disposable membrane sorbers combine typical filtration action with chromatographic binding ability (27â€“29). Available chemistries cover the range of liquid chromatography formats familiar to bioprocessing from ion exchange to reverse-phase to hydrophobic interaction â€” and even some affinities. Lately, their adoption is expanding as vendors have addressed early challenges (28).

Cheryl Scott is cofounder and senior technical editor, and Maribel Rios is managing editor of BPI.