When growing microbes or animal cells in a stirred-tank reactor, it is critical to choose the impeller type that is best suited to your process. Select the wrong impeller, and you could make chop suey of your filamentous fungi. Pick the right impeller, and you could greatly increase yields of your fussy mammalian cultures such as Chinese hamster ovary (CHO) and Vero kidney epithelial cells. With a wide range of impeller designs to choose from, how do you tell which is right for your application? Here we describe six commonly used fermentor and bioreactor impellers, explain how they work, and identify which may perform best for culturing certain animal, insect, plant, yeast, and bacterial cell lines.

How Blade Orientation Affects Mixing: All impellers are designed to homogenously mix cells, gases, and nutrients throughout the culture vessel. The mixing action evenly distributes oxygen and nutrients to cells for healthy growth, keeps them from settling to the bottom of the vessel, and helps to maintain a uniform culture temperature. Depending on the impeller type you select, mixing will be imparted as a radial flow, axial flow, or a combination of the two.

WHO SHOULD READ: PROCESS DEVELOPMENT, MANUFACTURING

As Figure 1 shows, radial flow occurs when fluid is pushed away from the impeller’s axis toward the vessel wall. Axial flow occurs when fluid is pushed up or down along the axis or shaft of the impeller. The orientation of an impeller (left-or right-handed) and its agitating direction determine whether the direction of axial flow is up or down. A right-handed impeller option will push fluid in an upward direction toward the top of the vessel if agitation is clockwise (as viewed from the top). A left-handed option paired with a clockwise agitation will push fluid down toward the bottom of the vessel. Therefore, when positioning blades on an impeller shaft, it’s important to know which direction your impeller will be turning (clockwise or counterclockwise). To increase mixing action in some applications, one impeller blade may be oriented for up flow while the other is positioned for down flow. Although there is no right or wrong way to position an impeller blade(s), reversing flow direction could improve yields in some instances. 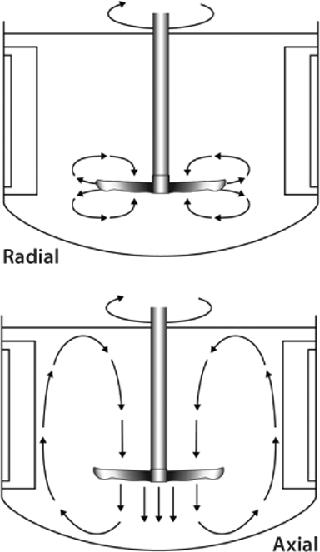 J.H. Rushton originally called the impellers he designed flat-bladed turbines. So Rushton impeller is today the most common generic term applied to flat-bladed or disk-turbine impellers (e.g., Figure 2). Their blades are flat and set vertically along an agitation shaft, which produces a unidirectional radial flow. Rushton and Rushton-type impellers are commonly used in fermentations of cell lines that are not considered shear-sensitive, including yeasts, bacteria, and some fungi. 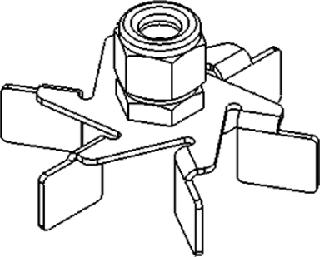 The blades on pitched-blade impellers (Figure 3) are flat and set at âˆ¼45Â° angles, which produces a simultaneous axial and radial flow. This combination provides better overall mixing and creates a higher oxygen mass transfer rate (KLa) than that of unidirectional marine blade impellers. 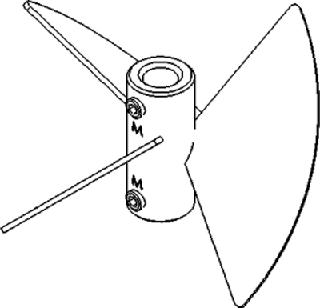 Pitched-blade impellers are lowshear impellers designed to gently mix the contents of a culture without causing cell damage. They are most often used with mammalian, insect, or other shear-sensitive cell lines growing in suspension or with the aid of microcarriers. These impellers are often used in batch or fed-batch cultures, but they can also be used for continuous and perfusion processes. Because of their proficient mixing design, pitchedblade impellers are also widely used in fermentation processes that involve highly viscous cultures, such as filamentous bacteria and fungi, as well as in some anaerobic biofuels processes. 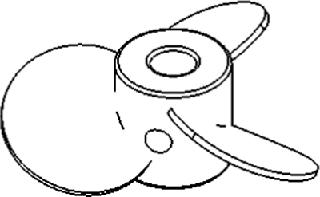 Spin filters are retention devices commonly used to keep cells inside a vessel during continuous or perfusion culture. In New Brunswick Scientific (NBS) bioreactors, for example, spin filters with low-shear marine blade impellers are designed for suspension and microcarrier applications. A spin-filter kit consists of a screened cage surrounding an impeller shaft with very small filter pore openings that keep cells isolated outside the cage (Figure 5). Inside that rotating cage, a dip tube is provided for continuous withdrawal of culture broth. A media feed tube outside the cage provides a steady supply of fresh nutrients. Although pore openings vary from one manufacturer to the next, NBS spin filters come with 10-Âµm openings for suspension cultures and 75-Âµm openings for microcarrier cultures.

Because of its gentle mixing nature, a spin filter is typically used with microcarrier-dependent cell lines or those that are highly sensitive to shear. These mechanisms are ideal for use in production of secreted proteins because they keep harvested media cell-free, which simplifies purification in downstream processing. Over time, however, the screen material covering a spin-filter cage will become clogged with cell debris and require replacement. Culture run times are limited by this factor.

The CelliGen cell-lift impeller (Figure 6) designed and patented by New Brunswick Scientific provides uniform circulation for microcarrier cultures. This is an ultralowshear impeller in which flow is caused by three discharge ports located on the impeller shaft. Rotation of those ports creates a low-differential pressure at the base of the impeller tube, lifting microcarriers up through the tube and expelling them out through its ports. This continuous recirculation loop keeps cells uniformly dispersed throughout a vessel. 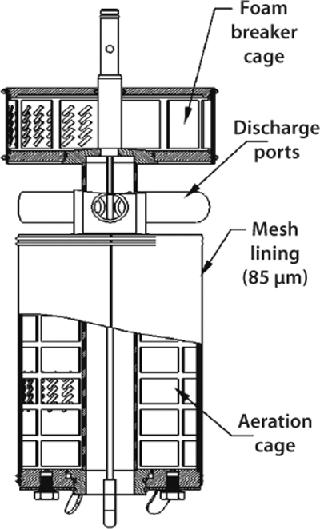 Gases are introduced through a ring sparger, which generates bubbles that pass along the impeller between the exterior of the inner tube and an outer membrane, known as the aeration cage. A mesh lining on the outer membrane of this cage has penetrations that are small enough (85 Âµm) to ensure that cells growing on the microcarriers cannot pass through. Gas exchange occurs at the membraneâ€“media interface, ensuring that cells remain in a bubble-free environment and are not subjected to shear due to bubble breakage. The bubbles are then expelled through two ports (located at the top of the impeller) into a second screened-in cage. A foam breaker directs air, supplied by a gas overlay, into the cage to break up foam.

Cell-lift impellers are typically used in batch and fed-batch processes involving shear-sensitive animal cells. They can also be used for continuous perfusion processes when a decanting column(s) and media feed-in and broth pump-out setup are added.

Another New Brunswick Scientific design is the packed-bed basket impeller used in the manufacture of secreted products from either anchorage-dependent or suspension cultures. A basket includes two horizontally positioned, perforated metal screens that extend to the walls of a bioreactor vessel (Figure 7). Enclosed between those screens, a bed of FibraCel disks serves as a solid support matrix for cell growth. Cells growing in the disk bed become immobilized on or between the disks, where they remain protected from external shear forces throughout each culture run.

Media circulates by way of a hollow impeller tube with discharge ports positioned above the basket. As with the cell-lift impeller, rotation of these discharge ports creates a lowdifferential pressure at the base of the impeller tube, which circulates media throughout the system. The medium receives gases through a sparger located at the bottom of the inner tube, which protects cells from being exposed to the gas-liquid interface. This results in low turbulence and low shear stress for the culture.

Exceptionally high cell densities are achievable with packed-bed baskets because of a high surface-to-volume ratio for cell growth provided by the disk bed coupled with an ability to use perfusion or medium-replacement techniques. Culture periods in excess of three months have been reported (1, 2). By ensuring that cells remain entrapped in the bed, this system also simplifies protein harvesting from the resulting cell-free media.

Impeller designs are almost as varied as the types of cell lines they are designed to help grow. Table 1 lists several cell lines commonly used in fermentation and cell culture processes and matches each with the impeller(s) best suited for its growth.

Table 1: A general guide to choosing impellers by cell line 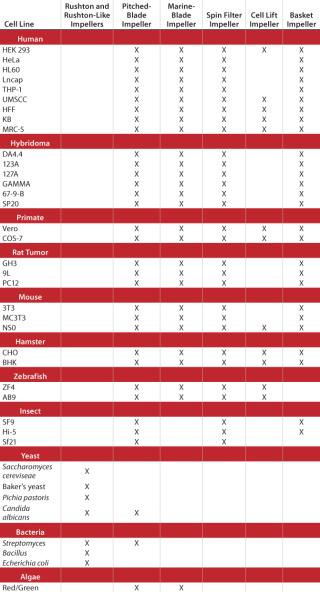 Table 1: A general guide to choosing impellers by cell line ()

One thought on “Which Impeller Is Right for Your Cell Line?”