The biopharma giant has invested in its fifth cell therapy manufacturing plant in Leiden, Netherlands. The plant will be its first in Europe alongside global manufacturing partnerships.

The investment is part of its continued commitment to growing its cell therapy franchise and patients with haematological cancers.

“At the heart of Bristol Myers Squibbâ€™s commitment to cell therapy is our continuous investment in advancing research for potentially life-changing cell therapies,” a BMS spokesperson told BioProcess Insider. “As part of this commitment, weâ€™ve made this significant new investment in Europe to expand our global capacity and bring treatments to patients faster.” 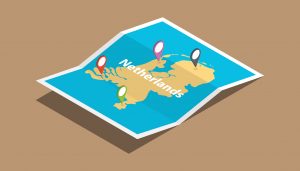 The design and development of its 19,000 square-foot Leiden site is underway and will be commercially focused and equipped to produce multi-product cell therapies with the ability to scale up capacity if required.

The FDA then cleared Abecma (ide-cel) for the treatment of multiple myeloma. It was the first CAR-T for a non-CD19 target and the second approved cell therapy in eight weeks for BMS.

BMS previously said it would manufacture Breyanzi from its cell therapy plant in Bothell, Washington with the aim to expand manufacturing to Summit, New Jersey.

BMS also upped Breyanzi capacity by investing in a 244,000 square-foot cell therapy facility in Devens, Massachusetts, which will be completed in 2021 with commercial manufacturing set to begin by 2023.

The Leiden facility is the first cell therapy plant in Europe for the firm and the location of the site takes advantage of the growing life sciences region near Amsterdam and more importantly, provides it with convenient access to transport to ship patient cells.

“The Leiden area, a growing life sciences hub, aligns with the needs of our growing cell therapy manufacturing network, including its location and unique labor market, ” said BMS.Â “Cell therapy is early in its maturity with new technology developing quickly. We looked to quickly build and maintain a workforce with flexibility in operations and size, as well as access to intra-continental transportation.”

Other companies, such as Gilead who acquired Kite Pharma in 2018 also selected Â Amsterdam, Netherlands for its 204,514 square-foot site to produce its CAR-T therapy Yescarta (axicabtagene ciloleucel) in June, 2020.