Gene therapy developer AveXis will be known as Novartis Gene Therapies, more than two years after being acquired by the Swiss biopharma giant.

Since then, Novartis has supported the commercialization of its spinal muscular atrophy (SMA) single-dose therapy Zolgensma (onasemnogene abeparvovec), while investing heavily into the bolt-ons manufacturing capabilities. In February, AveXis/Novartis opened a $115 million gene therapy production plant in Durham, North Carolina. And in April 2019, Novartis acquired a 700,000 square-foot facility in Longmont, Colorado from AstraZeneca to support AveXis. 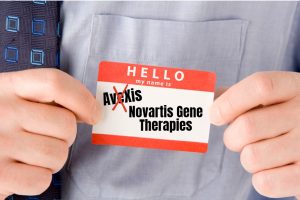 As the above paragraph demonstrates, it has become increasingly difficult to reference the success and the growth of the firm without mentioning the parent company. And now Novartis has opted to scrap the name ŌĆśAveXisŌĆÖ entirely, rechristening the division Novartis Gene Therapies.

ŌĆ£The change to Novartis Gene Therapies is the natural evolution as the company scales up to deliver Zolgensma globally and expand its reach via a robust pipeline of AAV-based gene therapies for rare genetic diseases,ŌĆØ the firm wrote in a press release.

ŌĆ£Instead of alternating between the AveXis and Novartis umbrella brands by market, the company comes together under one banner as a unified entity,ŌĆØ David Lennon, president of AveXis Novartis Gene Therapies added.

The rebranding and full integration does lead to questions about the changing nature of gene therapy within Big Pharma. In January 2019, Lennon told a conference that: ŌĆ£The reality is very few biotechs have been able to go global in a true sense without the support of a Big Pharma partner so weŌĆÖre really encouraged with the attitude Novartis is taking, keeping Avexis whole within the company ŌĆō a biotech within a Big Pharma.ŌĆØ

Now, as the publication Scrip highlights, the name change shows the importance of gene therapy to Novartis.