Financial terms of the investment were not disclosed. Ampersand confirmed that company founder and president, Frank Li, will remain a significant shareholder in Alliance. 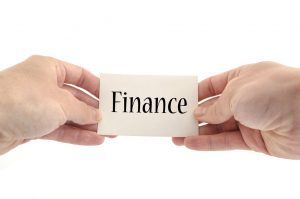 The firm works on all stages of drug development from animal studies through all phases of clinical development. It claims to have a customer base that includes leading global pharma and biotech companies.

Ampersand said it plans to help Alliance execute an ŌĆ£aggressive growth strategyŌĆØ that will expand its ŌĆ£global reach, scientific capabilities, and operational capacity.ŌĆØ

Growth has been a focus of the CRO. Over the past 12 months it has added three additional laboratories at its headquarters, including a biosafety level 3 (BSL3) facility with capacity to work with highly dangerous bacterial and viral pathogens.

Alliance also increased its workforce by 15%.

Prior to┬ĀAlliance, AmpersandŌĆÖs most recent move in the services space was its investment in Leinco Technologies, a manufacturer of life science reagents used in drug discovery research and in vitro diagnostics applications.

Previous Ampersand investments included BioClinica, which it sold to Cinven┬Āin 2016, and Chantest, which was acquired by Charles River Laboratories┬Āin 2014.

The Ampersand-Alliance deal is one of a number of private equity industry investments in the CRO sector in recent months. Last week┬ĀCinven┬Āannounced it would buy a majority stake in US CRO BioAgilytix.

Prior to that Livingbridge invested in UK biostatistics and clinical trial software programming firm, Veramed.

This story was first published in the Clinical Insider on November 30 2021.