The deal ŌĆō which could be worth up to $4 billion ŌĆō bolsters Bayer’s gene therapy ambitions through the addition of an AAV manufacturing platform, clinical-stage candidates, and a CDMO unit.

Founded in 2001 by Jude Samulski, the companyŌĆÖs present chief scientific officer, AskBio is developing gene therapies for neuromuscular diseases, central nervous system disorders, and cardiovascular conditions. It has a candidate for Pompe disease and Congestive heart failure in the clinic, along with a candidate for ParkinsonŌĆÖs disease being developed with Brain Neurotherapy Bio. 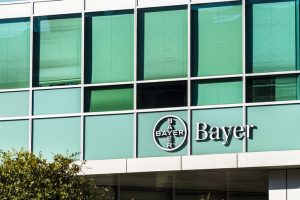 The therapies are based on the firmŌĆÖs AAV capsid and promoter library along with a manufacturing platform called Pro10. The technology uses a human embryonic kidney (HEK)-based cell line in serum-free suspension media to develop and produce AAV vectors at high scales and yields. The firm also owns synthetic promoter technology, along with bioinformatics and intelligent data-driven design, from Edinburgh, UK-based firm Synpromics acquired last year.

Meanwhile, the products are made by Viralgen, a San Sebasti├Īn, Spain-based contract development and manufacturing organization (CDMO) set up in 2017 as a joint venture between AskBio and Columbus Venture Partners. Under terms of the deal, Bayer will take over the 50% share of the CDMO business from AskBio.

ŌĆ£Our innovation in capsid re-engineering and promoter design, coupled with our scaled manufacturing processes, gives us the tools to provide gene therapy solutions to more people suffering from a wider spectrum of disease that is not being adequately treated today,ŌĆØ said Samulski.

ŌĆ£With this acquisition, Bayer significantly advances the establishment of a cell and gene therapy platform that can be at the forefront of breakthrough science, contributing to preventing or even curing diseases caused by gene defects and further driving company growth in the future,ŌĆØ said Bayer CEO Werner Baumann.