BMS Myers Squibb (BMS) is bolstering its cardiovascular drug lineup with a┬Ā$13.1 billion deal┬Āto acquire MyoKardia, a company whose experimental therapy for a rare type of heart disease is on track for an FDA submission and is projected to become a blockbuster seller.

According to financial terms announced Monday, BMS has agreed to pay $225 cash for each share of MyoKardia, a 61 percent premium to the Brisbane, Califrnia-based companyŌĆÖs closing stock price on Friday. Shares of MyoKardia opened at $220.68 per share on Monday.

The key piece of the MyoKardia acquisition is mavacamten, a drug developed as a treatment for the obstructive form of hypertrophic cardiomyopathy (HCM), a rare disease caused by genetic mutations to the genes that make the heart muscle protein myosin. Mutated versions of this protein cause excessive contractions that can lead to a thickening of the heart muscle that obstructs blood flow. Not all patients with HCM develop the obstructive form of this disorder. But those who do can experience dizziness, fatigue, and shortness of breath. The condition can progress to heart failure or sudden cardiac death. 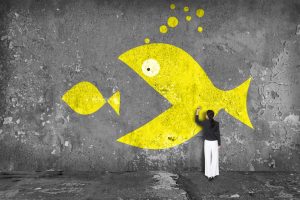 An estimated 160,000 patients in the US and Europe have obstructive HCM, according to BMSŌĆÖ estimates. There are no FDA-approved therapies for them. Current treatment options include surgery or medications that address the symptoms of the disease, but not its underlying cause. The MyoKardia drug is a small molecule designed to block the way that myosin and another protein, actin, interact in the process of muscle contraction. The drugŌĆÖs effect is targeted to the heart and does not affect any other types of muscle in the body.

In┬Āresults of a Phase III clinical trial enrolling 251 patients, 37 percent of those treated with once-daily mavacamten achieved the either of the studyŌĆÖs main goals: showing improvement according to a scale used to assess heart failure severity or improvement in oxygen consumption during exercise. In addition, MyoKardia reported that 20 percent of patients who received the test drug achieved both of the study goals. Just 17 percent of those given a placebo met either of the studyŌĆÖs main goals; 10 percent in the placebo group achieved both of them.

Based on the clincal trial results, MyoKardia said that it would seek FDA approval of the drug in early 2021. BMS is jumping in to buy MyoKardia ahead of the planned regulatory submission. Speaking on a conference call Monday, BMS CEO Giovanni Caforio said that the pharmaceutical giant can back the drug as it goes through the regulatory process and ultimately, a commercial launch. He added that the drug complements BMSŌĆÖs cardiovascular drug portfolio, anchored by apixaban (Eliquis), a blood thinning drug approved for reducing the risk of stroke and blood clots. That drug, developed and commercialized under a partnership with Pfizer,┬Ā generated more than $7.9 billion in 2019 sales, a 23 percent increase over the prior year, according to BMSŌĆÖs┬Ā2019 annual report.

ŌĆ£From the perspective of how we think about innovation coming into BMS Myers Squibb, itŌĆÖs always been combination of internal and external innovation,ŌĆØ Caforio said. ŌĆ£And externally, weŌĆÖve been looking at opportunities like MyoKardia that fit into therapeutic areas that we know well, where we have strong expertise and capability, assets that are transformational from a science perspective, and transactions that make sense financially. This one fits all of those.ŌĆØ

MavacamtenŌĆÖs potential extends beyond obstructive HCM. The company is currently evaluating the drug in a Phase II study in non-obstructive HCM and in Phase I testing in heart failure patients whose disease is characterized by dysfunction during diastole, the part of the heartbeat cycle in which the heart muscle relaxes and the organŌĆÖs chambers fill with blood. MyoKardia also brings to BMS two other clinical-stage compounds for heart disease. MYK-224 is in Phase 1 testing in HCM. Another compound, danicamtiv, aims to increase the ability of heart muscle to contract as a potential treatment for patients with systolic heart failure, which occurs when the left ventricle canŌĆÖt contract completely to pump blood. That drug is also in Phase 1 testing. MyoKardia has two additional compounds in preclinical development.

BMSŌĆÖs acquisition of MyoKardia has been unanimously approved by the boards of both companies. They expect the transaction will close in the fourth quarter of this year. According to a MyoKardia┬Āsecurities filing, the company has agreed to restrictions on its ability to seek another offer or to speak with other companies about a takeover. But if an unsolicited higher offer emerges that MyoKardiaŌĆÖs board deems is superior, the company must pay BMS a $458 million termination fee.