apceth has around 120 employees operating from its site in Munich, Germany. The site includes two GMP/BSL2 cell and gene therapy production facilities, including 600 m2 of cleanroom area. 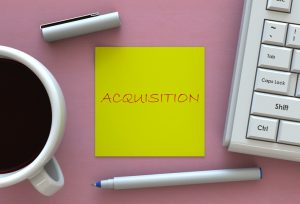 The division, operating under the name Hitachi Chemical Advanced Therapeutics Solutions (HCATS), has a recently expanded site in New Jersey, a plant in California and a facility in Yokohama, Japan that began commercial operations in April 2018. But the acquisition of apceth is the firmŌĆÖs first step into the European market.

ŌĆ£apceth Biopharma will be integrated in to the Regenerative Medicine business sector and will be the pillar of the European operations,ŌĆØ apceth spokesperson Almut Windhager told BioProcess Insider.

ŌĆ£The addition of apceth Biopharma to Hitachi Chemical will strengthen our presence in the second-largest cell and gene therapy market in the world, and enable us to offer a truly harmonized global operation, providing our customers with ready access to new markets and maximizing the value we bring to the industry,ŌĆØ Robert Preti, CEO of HCATS, said.