Johnson & Johnson is acquiring Momenta Pharmaceuticals in a┬Ā$6.5 billion deal┬Āthat brings the pharma giant a slate of experimental autoimmune disease therapies, including a potential blockbuster antibody drug in late-stage development for a rare type of anemia.

Momenta develops treatments for diseases driven by autoantibodies ŌĆō antibodies produced by the immune system that spark dozens of rare autoimmune disorders. The Cambridge, Massachusetts-based biotechŌĆÖs lead drug candidate, nipocalimab, is in a pivotal clinical trial testing it in warm autoimmune hemolytic anemia (WAIHA), which is also a disease target of several other pharma companies. Johnson & Johnson says MomentaŌĆÖs drug could become the best of the lot for that disease and a wide range of other autoimmune disorders.

The acquisition agreement announced Wednesday calls for J&J to acquire all outstanding shares of Momenta for $52.50 apiece, a 70 percent premium to the stockŌĆÖs closing price on Tuesday. MomentaŌĆÖs stock price climbed near that mark after the deal was announced, opening Wednesday at $52.10 per share. 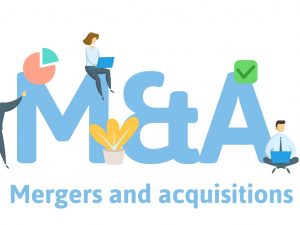 Momenta has been researching the interaction of antibodies and how they bind to receptors that modulate immune responses. The company says it has specifically focused on the interaction of the Fc gamma receptor system, which controls immune activation, and the neonatal Fc receptor (FcRn) system, which recycles immunoglobulin G (IgG), an antibody in the blood that protects against infections.

In WAIHA, autoantibodies destroy healthy red blood cells. In most cases of the disorder, the autoantibody in question is IgG, according to the┬ĀNational Organization for Rare Disorders. MomentaŌĆÖs nipocalimab is an antibody designed to block FcRn, inhibition that is intended to reduce the levels of IgG circulating in the blood. In a 50-patient Phase I study enrolling healthy volunteers, the Momenta drug reduced circulating IgG in patients by 84 percent on average, according to┬Āresults┬Āpublished in 2018 in the journal┬ĀClinical Pharmacology & Therapeutics.

WAIHA affects about 45,000 patients in the US and brings the risk of a premature death in up to 8 percent of them, according to Momenta. The company began a Phase II/III clinical trial in the disorder last year. The main goal of the study is showing a change in hemoglobin levels from baseline. Secondary goals include assessing the destruction of red blood cells, as well as fatigue.

Momenta temporarily suspended patient enrollment in the study in April due to the COVID-19 pandemic. When the company┬Āreleased┬Āfinancial results for the second quarter in early August, it said it anticipated enrollment would resume in the fourth quarter of this year. Separate clinical studies are underway testing MomentaŌĆÖs lead drug candidate in other autoimmune diseases including the neuromuscular disease generalized myasthenia gravis (MG), and the blood disorder hemolytic disease of the fetus and newborn, also known as erythroblastosis fetalis.

MomentaŌĆÖs emergence as an autoimmune disease therapies contender marks a change in course from the┬ĀcompanyŌĆÖs origins as a developer of generic drugs. The company began a strategy shift with the┬Ā2011 acquisition of the scientific assets of Virdante Pharmaceuticals, a company whose ŌĆ£sialic switchŌĆØ technology offers a way to add sialic acid, an acidic sugar, to protein. That technology was used to create Momenta drug candidate M254, which is being developed as a more potent alternative to intravenous immunoglobulin, an antibody therapy made from blood plasma.

For years, Momenta pursued a dual strategy that maintained the legacy generic and biosimilar business alongside its work developing novel drugs. In 2018, the company restructured, keeping the late-stage and commercialized generic and biosimilar products but ending the development of new ones. To finance the new approach, the biotech used revenue from its commercialized products to fuel its burgeoning autoimmune disease drug pipeline.

That pipeline includes another Fc receptor-targeting drug candidate, M230. Momenta is developing that antibody under a partnership with blood therapies company CSL Limited. ItŌĆÖs currently in Phase I testing. M254, which was developed using technology from the Virdante deal, is in Phase I/II testing. A fourth Momenta program, M267, is in preclinical development for its potential to enhance the Fc activity of currently marketed or still experimental antibody drugs.

In its announcement of the Momenta acquisition, J&J says the deal gives it an opportunity to expand its reach into autoantibody-driven diseases. The pharma giant adds that the diseases potentially addressed by MomentaŌĆÖs lead drug fall within the scope of the therapeutic areas covered by its Janssen Pharmaceutical division. Janssen has commercialized five autoimmune therapies. Stelara (ustekinumab), a treatment for psoriasis and psoriatic arthritis, is the top seller among them, accounting for more than┬Ā$6.3 billion┬Āin revenue last year.

Belgian pharma company UCB has advanced its FcRn-blocking antibody, rozanolixizumab, to separate Phase III tests in MG and immune thrombocytopenic purpura (ITP). Netherlands-based Argenx is testing its FcRn-targeting antibody, efgartigimod, in MG, ITP, chronic inflammatory demyelinating polyneuropathy, and pemphigus vulgaris. Alexion Pharmaceuticals acquired its FcRn-blocking antibody via a 2018 buyout of Syntimmune. Boston-based Alexion advanced an intravenous version of the drug to Phase II testing in WAIHA, but┬Āended┬Āthat study earlier this year due to the COVID-19 pandemic. SVB Leerink estimates that the IgG-mediated diseases represent an addressable market that could reach $20 billion to $25 billion in the US by 2030.

J&JŌĆÖs acquisition of Momenta has been approved by the boards of directors of both companies. If another buyer emerges and Momenta opts to go with a better offer, the merger agreement with J&J puts it on the hook for a $205 million termination fee, according to a┬Āsecurities filing. The deal is expected to close later this year.