It took Eli Lilly 18 days from expressing its interest in Loxo Oncology to executing an $8 billion merger agreement. Being a “significant premium over the market price” and with no other bidders, the deal’s competitiveness has been questioned.

Earlier this month, Eli Lilly announced it had agreed to buy Loxo Oncology for $235 (€206) per share in cash, totaling around $8 billion. The deal increases Lilly’s oncology portfolio, including lead candidate LOXO-292, an oral RET inhibitor being studied across multiple tumor types.

Loxo has outlined the details of the acquisition in an SEC filing, including a timeline of events that led to the deal being done. 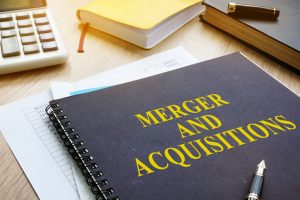 While Eli Lilly had met with Loxo “from time to time beginning in December 2017,” it was only late December 2018 that management put in an offer, with an intention to have an agreement in place in time for the following month’s JP Morgan Healthcare Conference.

“On December 20, 2018, officers of Lilly, including Darren Carroll, its head of business development, Dr. Garraway and Lilly’s Chief Financial Officer, its Chief Scientific Officer and its President – Lilly Oncology met with Dr. Bilenker and Mr. Van Naarden at Loxo Oncology’s Stamford, Connecticut offices at which they indicated that Lilly was interested in acquiring all of the outstanding stock of Loxo Oncology for $230.00 in cash per Share,” the filing states.

“The representatives of Lilly stated Lilly’s interest in announcing the acquisition at the J.P. Morgan Healthcare Conference in January 2019, and its desire to complete due diligence and negotiate definitive agreements in order to meet that timeframe.”

A hectic “two-week process for due diligence in parallel with merger agreement negotiations” proceeded and a merger was announced on January 7, the opening day of the conference in San Francisco.

Seamless, but not competitive

In light of these documents, Evercore ISI analyst Umer Raffat described the deal as “not competitive” in a flash note sent to investors.

“No other bidders were involved,” he said, despite four companies being involved in discussions to license Loxo’s lead candidate LOXO-292 (“which Loxo Oncology believes is its single largest element of value,” the filing says) up until Lilly’s offer.

According to Loxo, the likelihood that the meger would be consummated in a timely and orderly manner was the result of several factors, including “the significant premium over the market price of the Shares and certainty of value to Loxo Oncology stockholders offered by Lilly,” and “the business reputation and significant financial resources of Lilly and willingness of Lilly to consummate the Offer.”