Lonza will develop an immunotherapeutic drug candidate for SelectImmune, an antibody for ValenzaBio and extends its collaboration with Pinteon. All in a week’s work for the Swiss CDMO.

â€śSelectImmune is developing NlpD, an anti-infectious and anti-inflammatory protein that is released by beneficial bacteria in our gut,â€ť Yvette Stallwood, head of Applied Protein Services at Lonza told us. â€śThis protein can boost human immune response and enhance beneficial gene expression, which can, in turn, help to combat harmful bacterial infections.â€ť 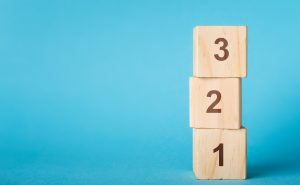 Under the terms of the agreement, Lonza will provide SelectImmune with access to vector construction, early material needed for pre-clinical testing, and non-GMP expression of a nIpD candidate.

The activities will be performed at Lonzaâ€™s facility located in Cambridge, United Kingdom.

According to Stallwood, there is no need to scale-up equipment to service this deal as â€śthe present collaboration represents the very first step towards assessing the manufacturability of the API (active pharmaceutical ingredient).â€ť

With antibiotic resistance increasing and threatening the current pool of antibiotics, alternative approaches like immunotherapy drugs are seen as a possible solution.

â€śRelying on identifying new antibiotics might not be feasible in the long run,â€ť said Stallwood.

Together, the firms work on a concept that shifts the balance in favor of beneficial symbiotic bacteria instead of targeting pathogenic bacteria.

No financial details have been disclosed.

â€śThe drug substance (consisting of the active pharmaceutical ingredient â€“ not a final formulation) will be produced at the Guangzhou site and shipped to Switzerland for the drug product fill and finish,â€ť Jeetendra Vaghjiani, senior director of Clinical Development and Strategic Marketing at Lonza told us.

He added: â€śAt the moment, the process does not require any scale-up activities. However, ValenzaBio chose to collaborate with Lonza due to our well-performing GS expression system, experience with therapy commercialization, and scale-up opportunities.â€ť

A spokeswoman for Lonza told this publication in April that the GS Xceed Gene Expression System is â€śa robust, fully integrated, scalable platform with a proven track record of successfully taking programs from gene through development to commercial production.â€ť

She continued: â€śWith the ability to rapidly and reliably generate high-producing cell lines, the system can support the optimal expression of monoclonal antibodies and next-generation biologics, helping reduce the time to market.â€ť

Vaghjiani could not disclose information concerning the duration of the deal.

In 2018, Lonza provided drug substance manufacturing for PNT001â€™s Phase I clinical supply from its plant in Slough, UK.

PNT001 is a mAb that targets an epitope on a neurotoxic conformation of the tau protein entitled cis-pT231 tau. It is a potential treatment for patients with Alzheimerâ€™s disease and traumatic brain injury.

Lonza will carry out drug substance manufacturing at its Guagzhou facility with the aim of aiding Pinteon to conduct additional clinical studies in the US in Q4 2021 and the potential to expand into Europe.