Thermo Fisher branched out from bioprocess vendor to CDMO via M&A so could Catalent do the reverse through a speculative bid to buy Repligen?

Earlier this month, rumors emerged that Repligen rejected an unsolicited bid from contract development and manufacturing organization (CDMO) Catalent. According to the StreetInsider, Repligen viewed the offer as being too low, citing a source with knowledge of the matter.

Neither Catalent nor Repligen have commented on any rumored bid. 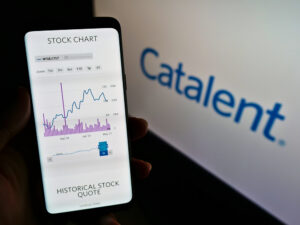 But would a merger with Repligen make sense for Catalent? With Catalent’s ambitious growth strategy and the trajectory of the CDMO space, the answer must be yes.

Catalent itself has grown over the past decade beyond being a drug delivery tech supplier and a small molecule manufacturing services provider. These businesses still drive the CDMOâ€™s top and bottom lines, and Catalent continues to support them â€“ Catalent announced the acquisition of oral solid formulation CDMO Metrics Contract Services from Mayne Pharma Group for $475 million earlier this month.

But in 2019, Catalentâ€™s business mix began to tip towards its biologics manufacturing services, a segment grown over the past decade through a mix of inhouse development and some major acquisitions, including the opening of a single-use site in Madison, WisconsinÂ in 2013, and the acquisition of Cook PharmicaÂ in 2017.

And then the CDMO ventured headfirst into the burgeoning and pipeline-heavy cell and gene therapy sector, first by buying gene therapy CDMOÂ Paragon Bioservices for $1.2 billionÂ in 2019, and then growing the business through a string of deals (The list is extensive, and included: viral facilities from Novavax, cell therapy CDMO Masthercell, Skeletal Cell Therapy Support, RheinCell Therapeutics, Delphi Genetics).

With a bullish move into these therapy areas, coupled with the a boost driven by pandemic-related demand, Catalentâ€™s business mix has now swung fully in favor of protein-based biologics and cell and gene therapies, which represented 52% of revenue for fiscal year 2021. Catalent will announce full fiscal year 2022 results later this month.

Repligen may sit in the shadow of the big four bioprocess vendors â€“ Thermo Fisher, Danaher, MilliporeSigma, Sartorius â€“ but the firm has successfully diversified its business beyond its chromatography resin heritage. Through heavy M&A activity, the firm has developed a full portfolio of upstream and downstream manufacturing technologies and equipment aimed at servicing biologics makers and â€“ increasingly â€“ the cell and gene therapy (CGT) sector.

The direct line to biomanufacturing equipment that would arise if Repligen fell under Catalentâ€™s umbrella would place Catalent, therefore, in an enviable position within the CDMO space. In an industry which has seen significant strains within the supply chain â€“ delays for some consumables are anecdotally 12 months or longer â€“ having the promise of bioprocess tools and equipment on tap, and presumably at cost price, could make Catalent more advantageous to end-uses.

Thus, as it continues its rapid growth strategy, it would make operational sense if Catalent was pursuing a bioprocess vendor, such as Repligen. It would also place the CDMO among the elite of life science service firms.

Thermo Fisher, for example, offers the full gamut of biomanufacturing necessities, from capacity to equipment, by effectively doing the reverse of what Catalent is rumored to be attempting. It was a predominantly consumables and equipment firm that catapulted itself into the hands-on manufacturing space through the $7.2 billion acquisition of major CDMO Patheon in 2017, following this up by entering the CGT space in 2019 by buying Brammer Bio.

However, whether Catalent continues its rumored bid to buy Repligen or even pursues a strategy to add a bioprocess portfolio to its offering remains subject to speculation. Catalentâ€™s market cap is valued at $18.9 billion.

â€śA merger of equals seems unlikely,â€ť wrote an analyst from Keybanc following the report. Repligen has a market cap of $14 billion and reported revenue of $670.5 million for the full year 2021.